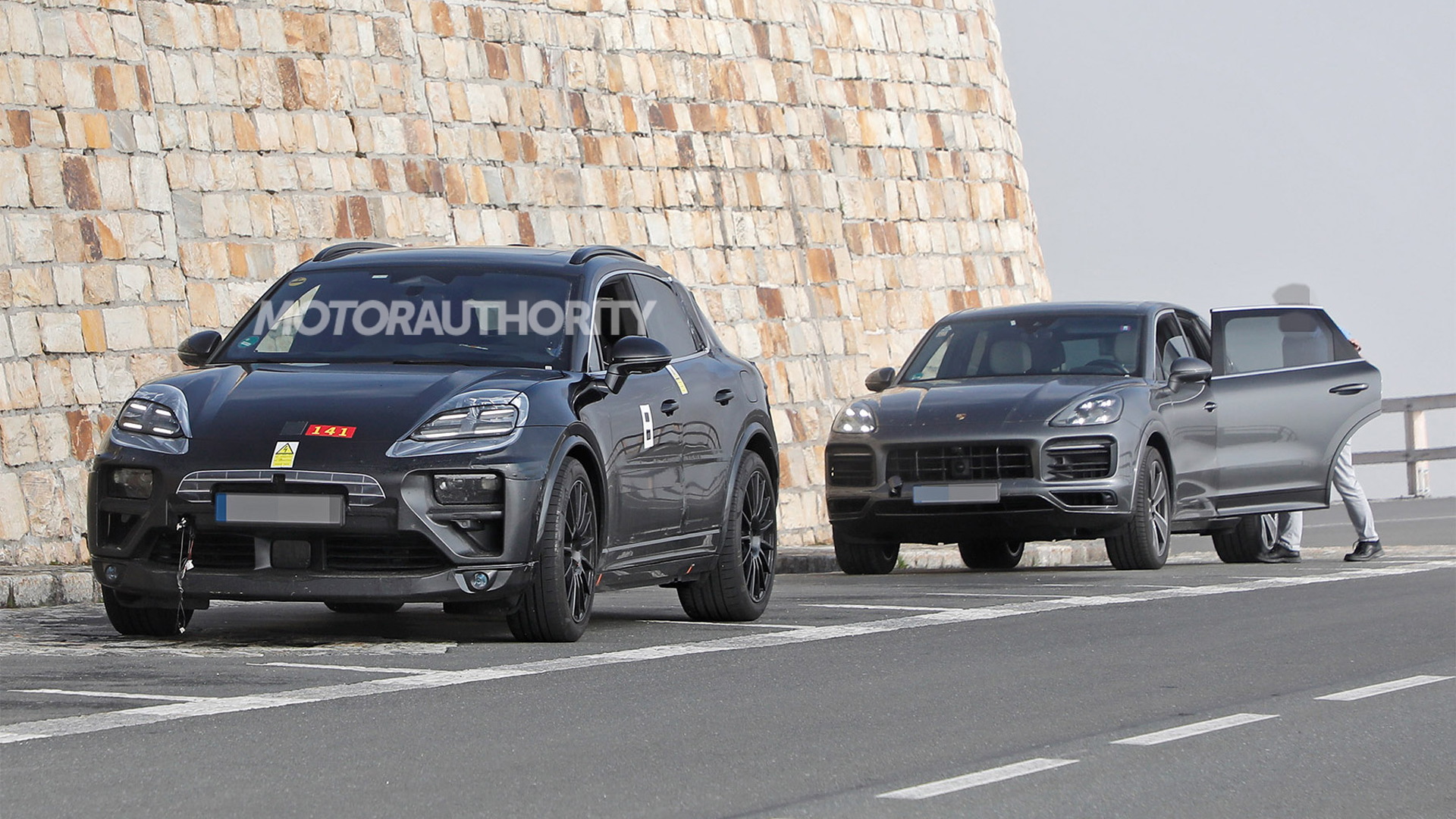 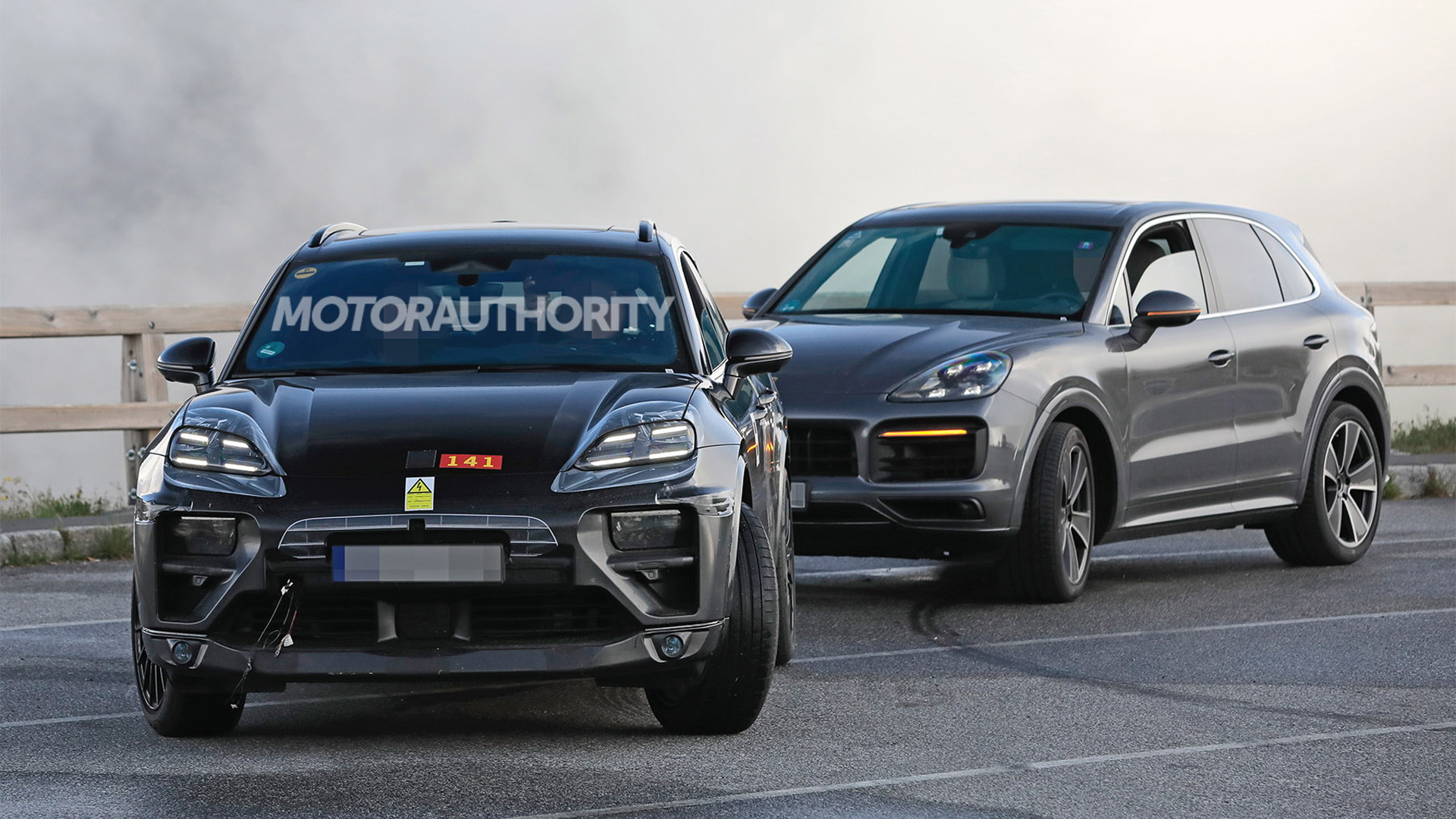 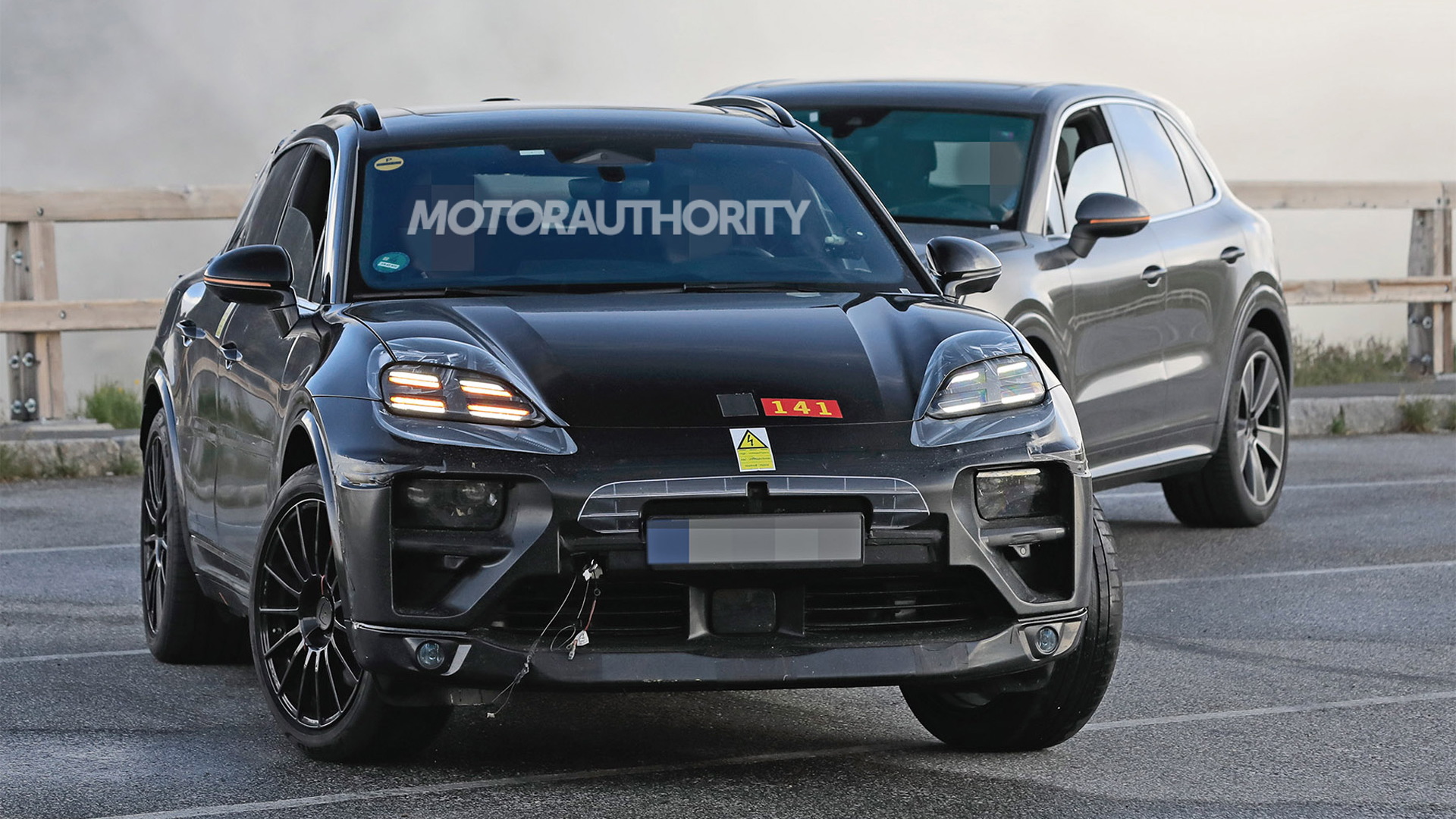 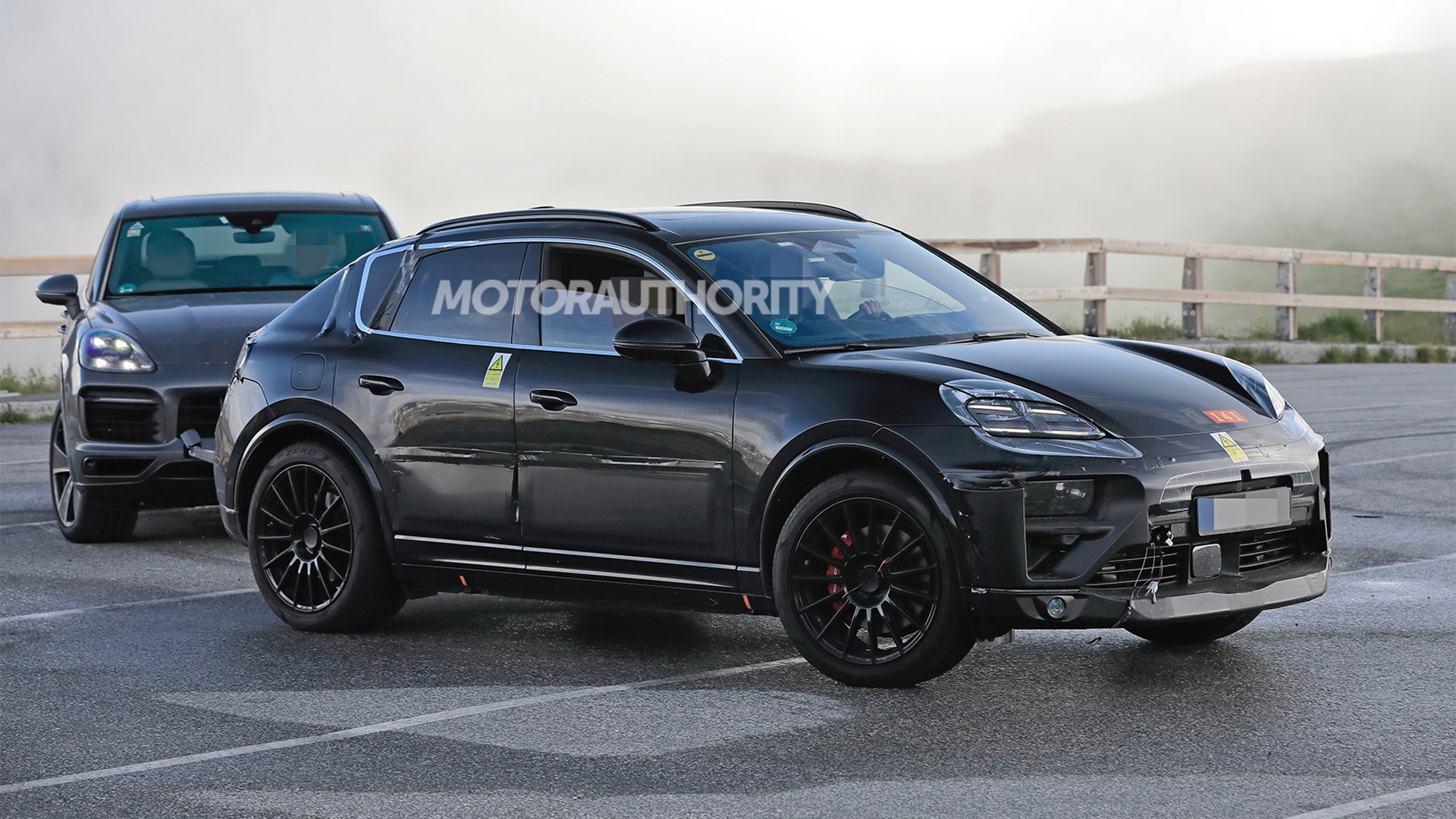 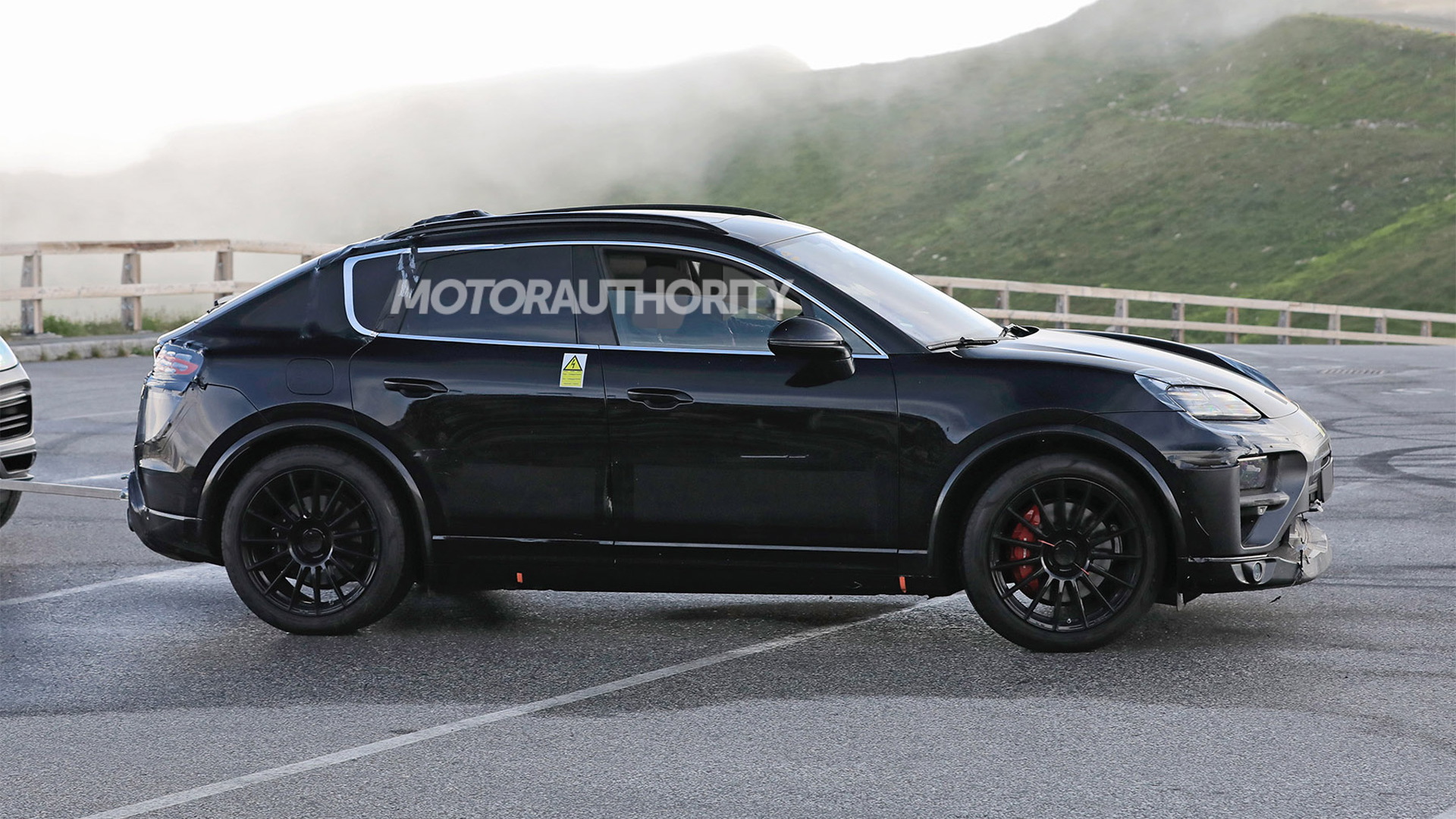 Prototypes for Porsche's electric Macan have been spotted again, revealing a number of new design elements bound for the production model.

Porsche has been hinting at an electric Macan for a number of years and in early 2021 finally confirmed the vehicle. It's due in 2023, meaning we'll likely see it arrive as a 2024 model here in the U.S.

That's a year later than previously thought and means the electric Macan will arrive later than a related Audi to be called the Q6 E-Tron, which is confirmed to arrive later this year. The vehicles will ride on a new PPE (Premium Platform Electric) modular platform developed by Porsche in partnership with Audi. Versions of the platform will underpin multiple models across the Volkswagen Group.

The prototypes for the electric Macan hint at a design similar to a clay model shown a couple of years back in the “Porsche Unseen” book, with the key element being the rectangular headlights similar to those found on the Taycan. We can also see that there will be a split headlight design, as there are additional lights low in the front fascia in the latest prototypes.

According to our photographer, a small rear spoiler would also extend from the tailgate at speeds of more than 30 mph. And don't be fooled by the exhaust tips. Those are dummy units to hide the vehicle's identity. Prototypes for the Porsche Taycan also had these.

Porsche is relying on both real-world and virtual testing to speed up development of the electric Macan, particularly in the areas of aerodynamics, energy management, user interface, and acoustics. The development goal is to ensure the electric Macan is the sportiest model in the segment. Key to this will be a sophisticated all-wheel-drive system. 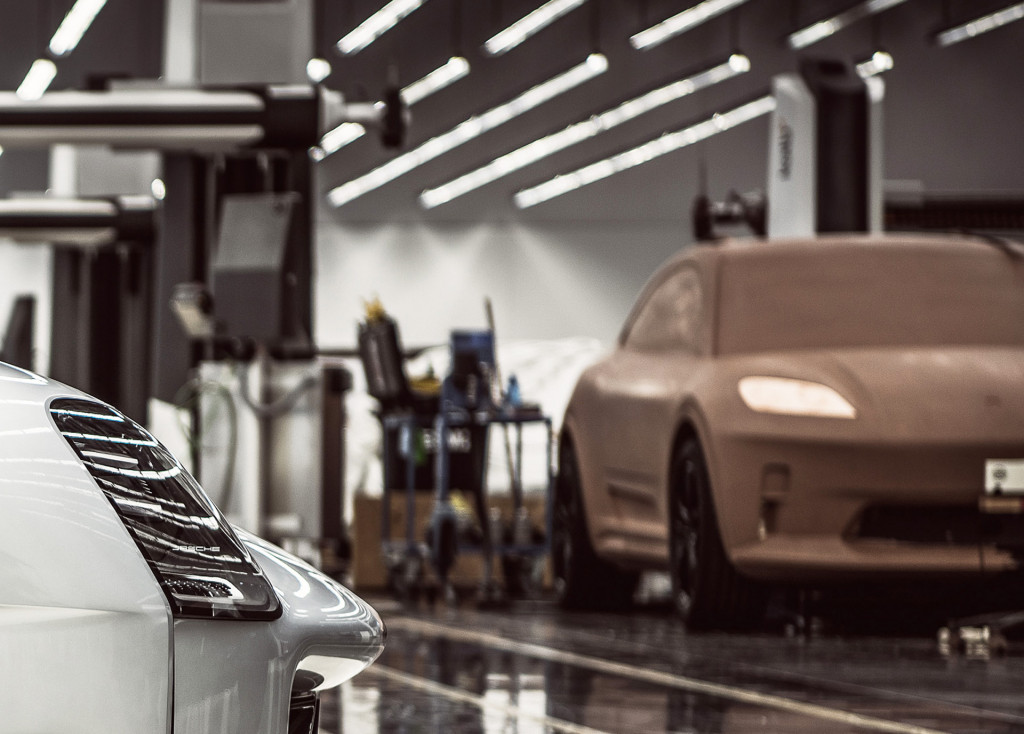 One major advantage the electric Macan will have over much of the competition is an 800-volt electric system, meaning rapid charge times will be possible. Using a 350-kilowatt charge point, Porsche has hinted that 60 miles could be added in four minutes and close to 250 miles in less than 20 minutes. The automaker has also demonstrated 450-kw charging, where 60 miles could be added in just three minutes.

We'll all need to get used to more models from the Porsche lineup going the electric route. The automaker last year said it estimates that by 2030 more than 80% of its sales will be EVs, with the remainder made up of the 911—which will be Porsche's last holdout for the internal-combustion engine.