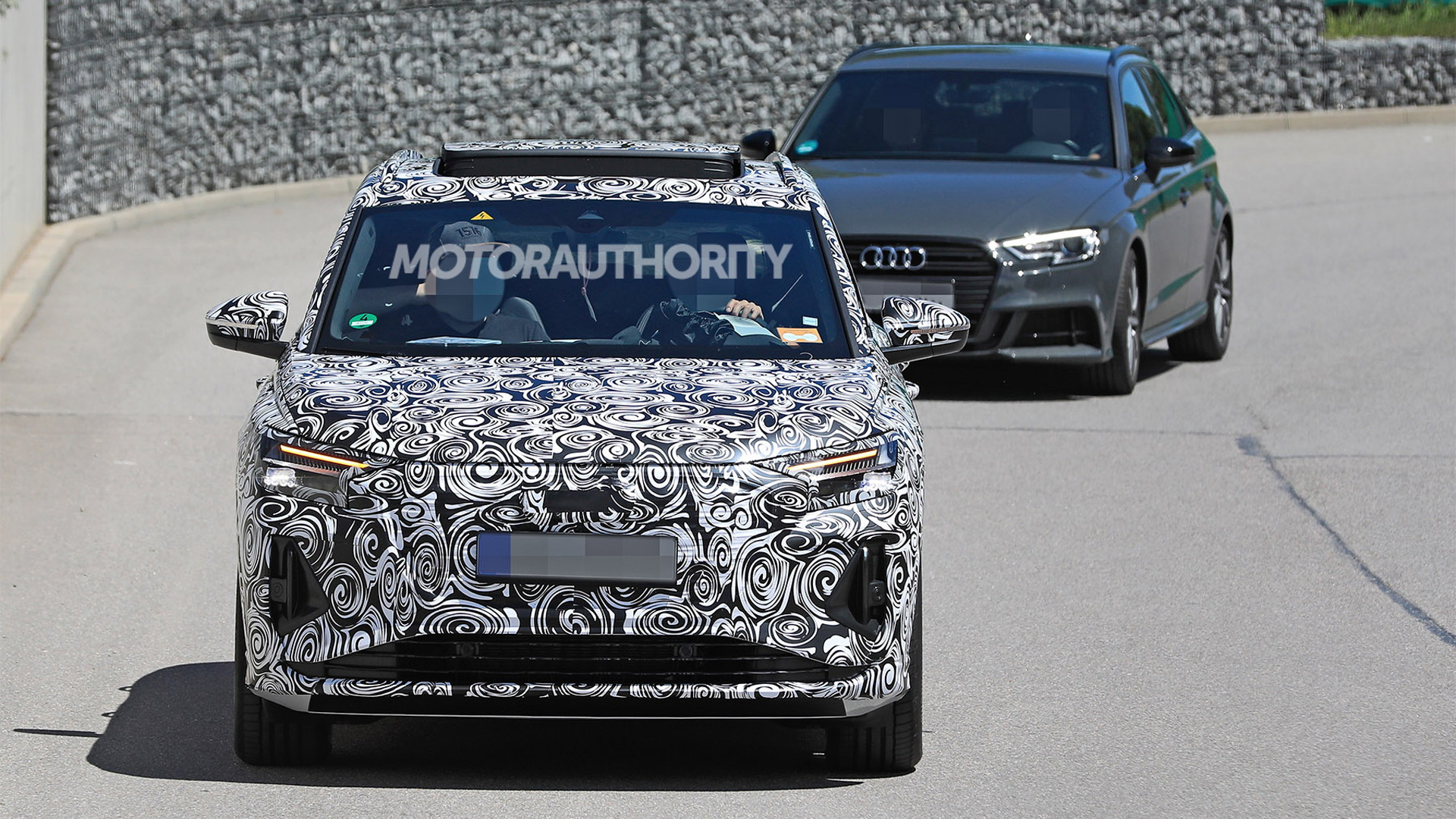 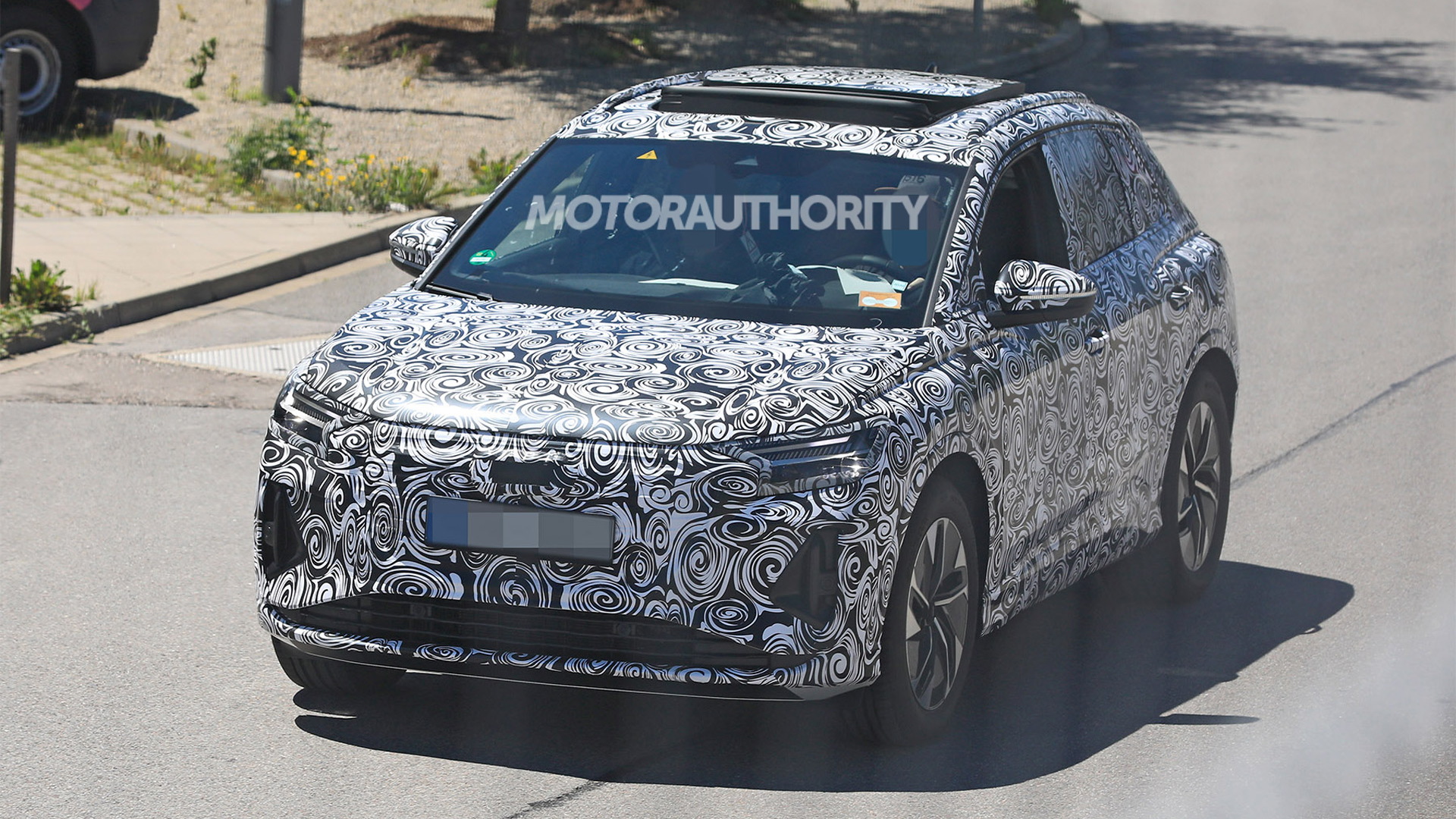 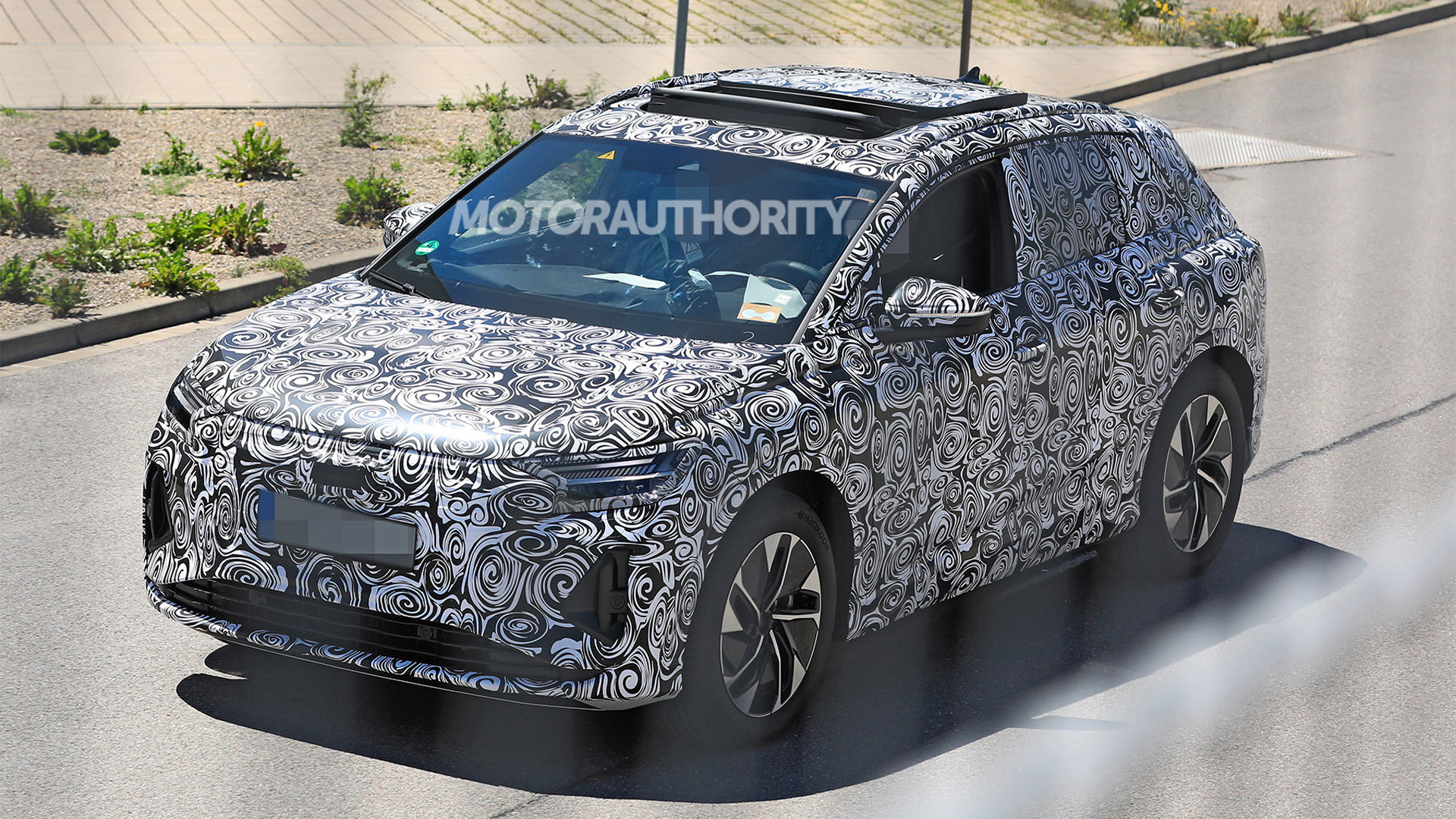 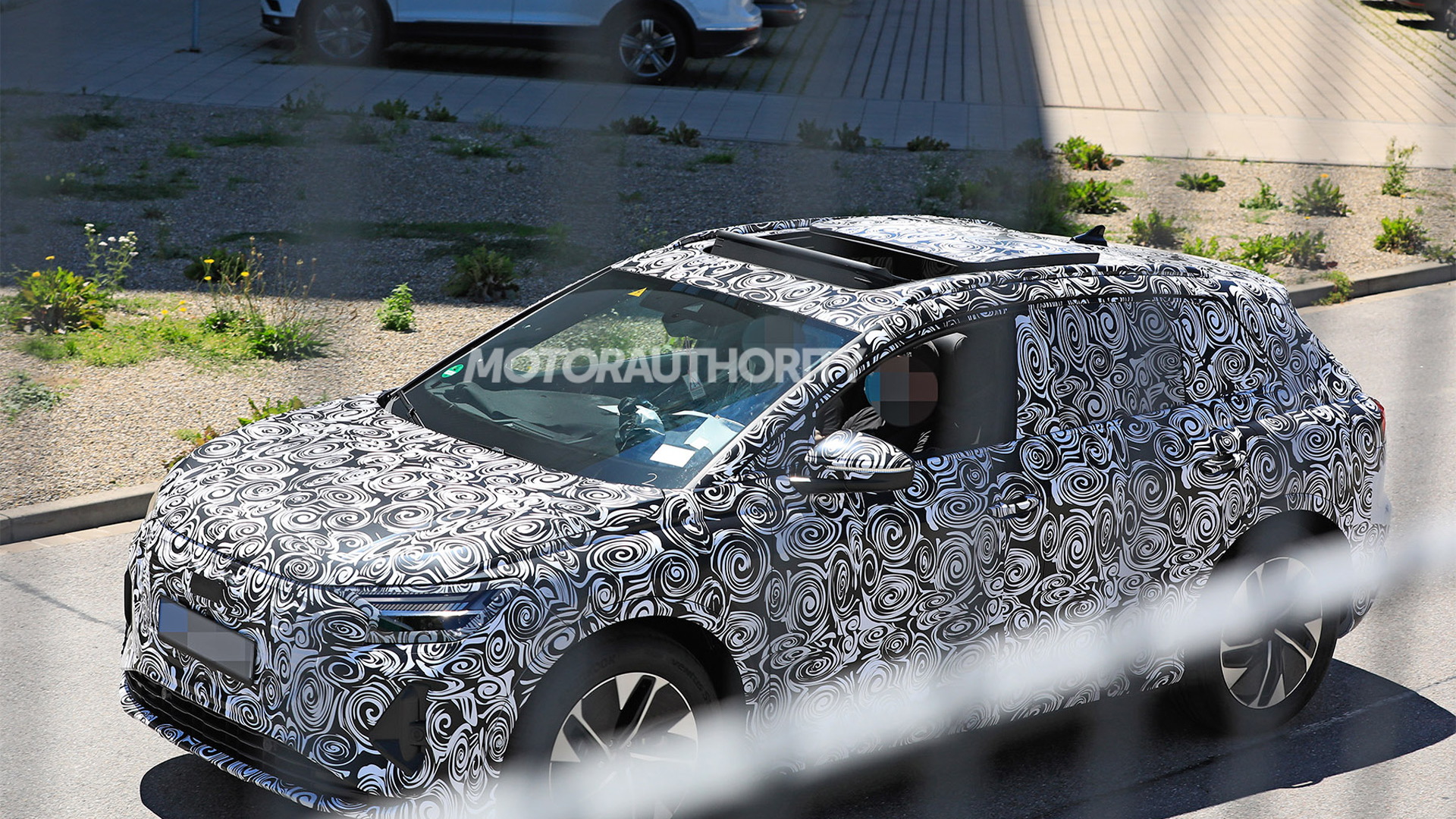 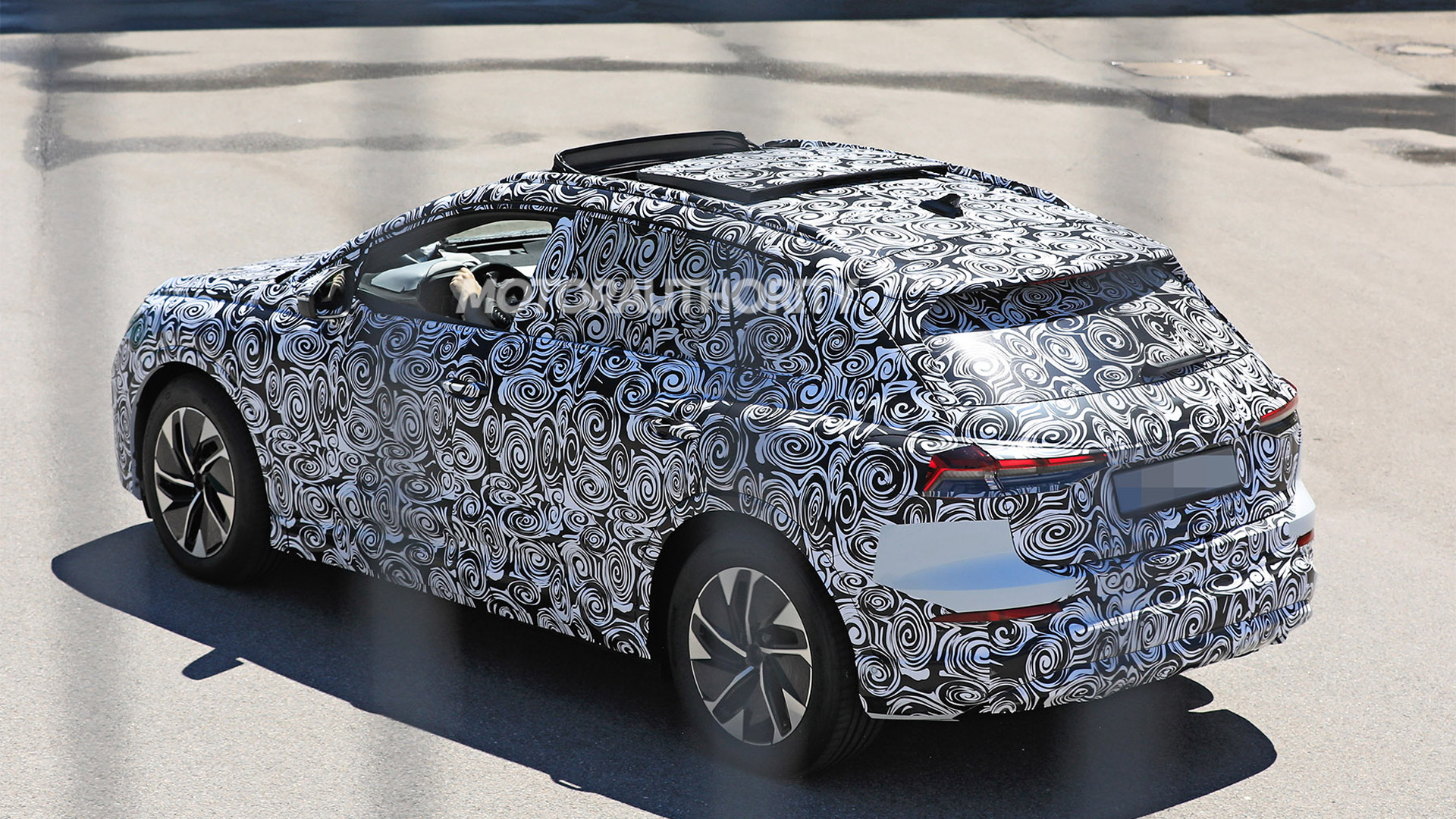 Audi's upcoming Q4 E-Tron has been spotted for the first time.

The battery-electric compact crossover SUV was previewed as a concept last August, and judging by our latest spy shots the production version will closely mirror the striking show car.

Audi will reveal the Q4 E-Tron later this year, meaning we'll likely see it start sales in the United States next year as a 2022 model. A more coupe-like version dubbed the Q4 Sportback E-Tron is also coming—a concept for this has also been revealed.

The Q4 E-Tron is essentially Audi's take on the Volkswagen ID 4, which is also due for a reveal this year. Both vehicles are based on Volkswagen Group's MEB platform for high-volume electric cars. The platform features a battery in the floor and the ability to house motors at each axle.

In the Q4 E-Tron concept, and likely this production model, an electric motor at each axle delivered a combined 301 horsepower, or enough to spirit the vehicle from 0-62 mph in 6.3 seconds and a governed top speed of 111 mph. Audi is also likely to develop a spicier Q4 E-Tron S with even more oomph.

The Q4 E-Tron concept had an 82-kilowatt-hour battery good for more than 250 miles of range. Charging meanwhile was at a maximum 125 kilowatts, which enables the battery to be charged to 80-percent capacity in around 30 minutes.

For the exterior, there are subtle elements that point out we're looking at an electric car. These include the sealed grille, which like on the larger E-Tron will likely be finished in chrome, as well as the aerodynamically-designed wheels and obvious lack of exhaust tips at the rear.

The headlights on this prototype are a new design for Audi. The automaker's design chief has hinted that customers may be able to choose their own pattern for the daytime running lights.

Looking inside, we spot a relatively large infotainment screen. The Q4 E-Tron will likely also come with a digital instrument cluster, as well as a few physical buttons for for frequently used functions, such as the climate settings.