The biggest bull from Lamborghini will ride around the Nürburgring Nordschleife faster than any SUV before it and top 187 mph. Lamborghini research and development chief Maurizio Reggiani made those claims Wednesday at the Frankfurt auto show ahead of the SUV’s global debut later this year.

“Our SUV will achieve more than 300 kph (187 mph) because it’s a Lamborghini. It’s our DNA,” Reggiani said. “(We will) achieve the best lap time for an SUV on Nordschleife—this is a faster SUV.”

The record the Urus would have to break is the last-generation Porsche Cayenne Turbo S’s mark of 7:59.74. Ironically, the 2018 Cayenne Turbo S—with which the Urus shares a common architecture—broke cover at the 2017 Frankfurt auto show, but it won't be able to match the power of the Lamborghini. The Urus will use a similar turbocharged 4.0-liter V-8 to the one found in the Cayenne Turbo, but Lambo’s mill will reportedly make 650 horsepower compared to 550 in the Turbo.

The Urus will predictably sport active front and rear anti-roll bars to help keep the two-ton SUV flat in cornering, but Reggiani said the system won’t be copied from Bentley. The Bentley Bentayga sports a complicated—and effective—48-volt system to electronically keep its massive SUV composed around corners. Like the Cayenne, the Bentayga shares the same basic architecture that will underpin the Urus. 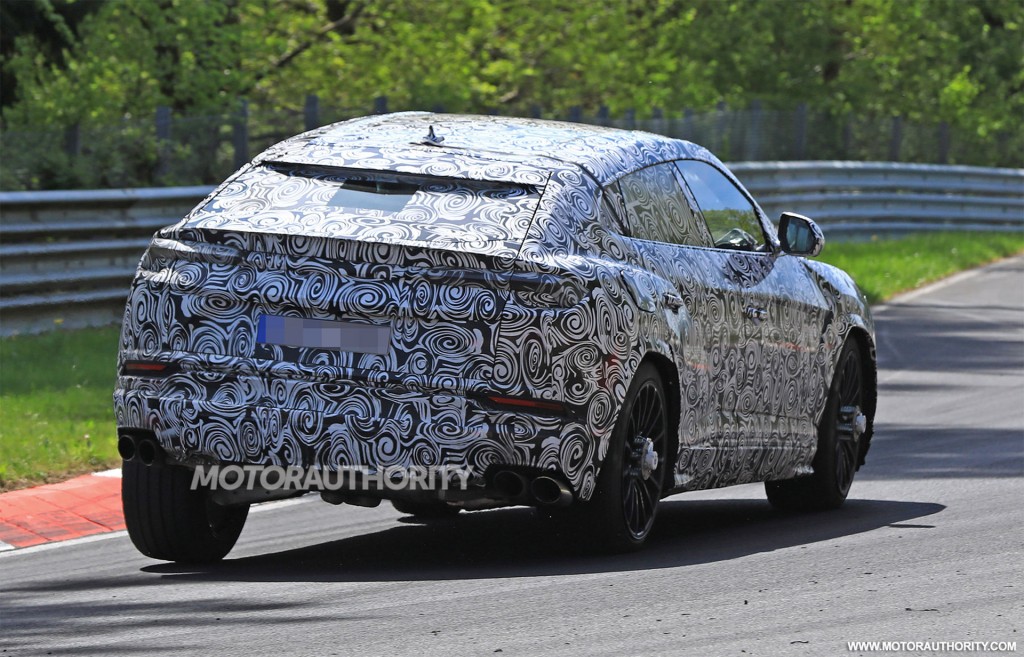 The Bentayga currently holds the “fastest SUV on the planet” crown. The Bentayga, equipped with Bentley’s W-12 that makes 600 hp, claims a top speed of 187 mph, and can sprint to 60 mph in 4.0 seconds.

Reggiani said the Urus will top that horsepower figure, and we can infer that it’ll likely do the same for the 0-60 mph time.

“Urus is the really the future of Lamborghini (with) all the DNA of the Huracán, Aventador, and LM002,” Reggiani said. “(Bentley has) a different mission. If you buy a Bentley...you don’t buy a car for a statement. If you buy a Lamborghini, you buy it to say, ‘I have something different.’”

We’ll find out more Dec. 4 when the Lamborghini Urus is unveiled. Stay tuned.

For more Frankfurt coverage, head to our dedicated hub.