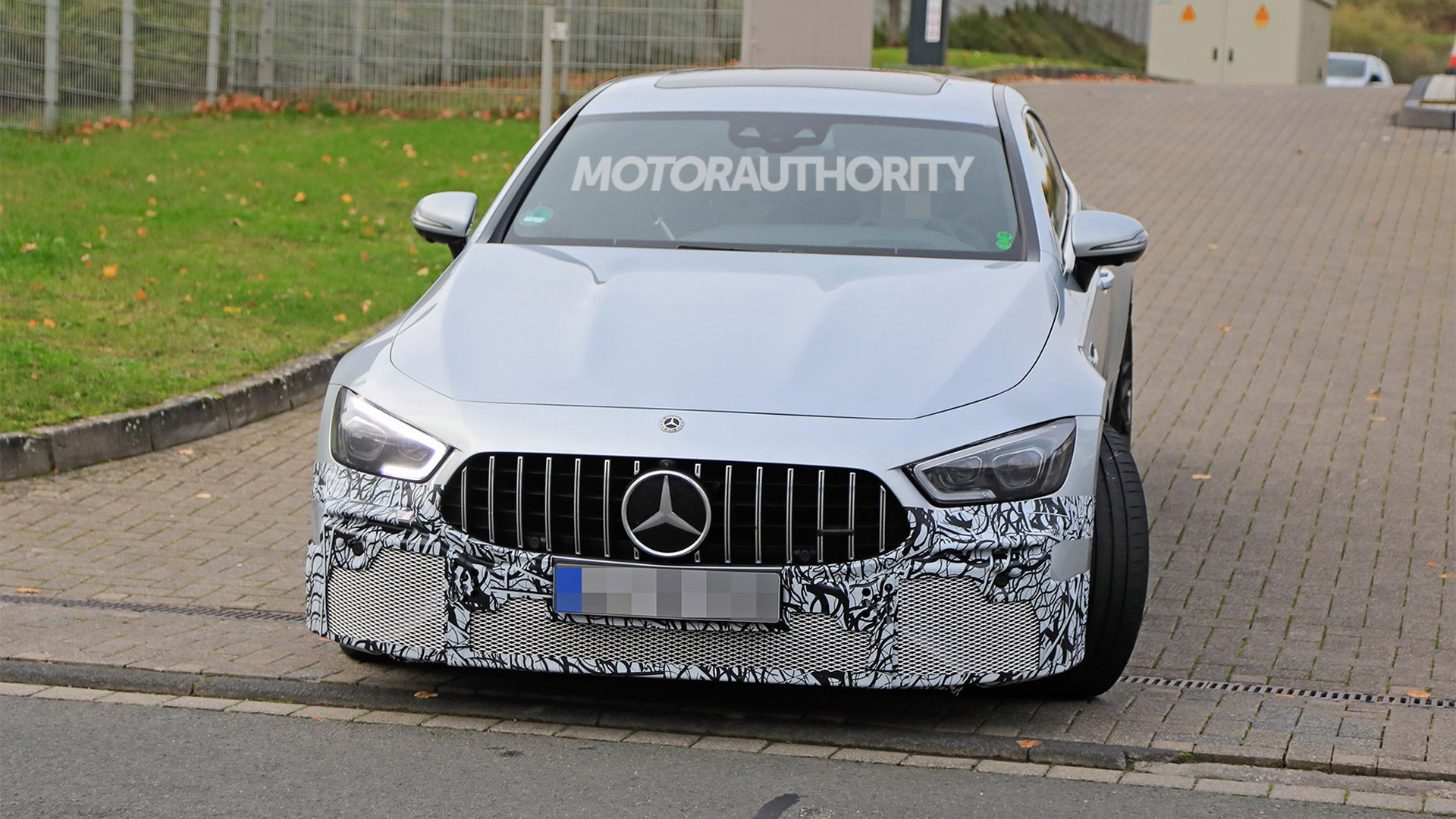 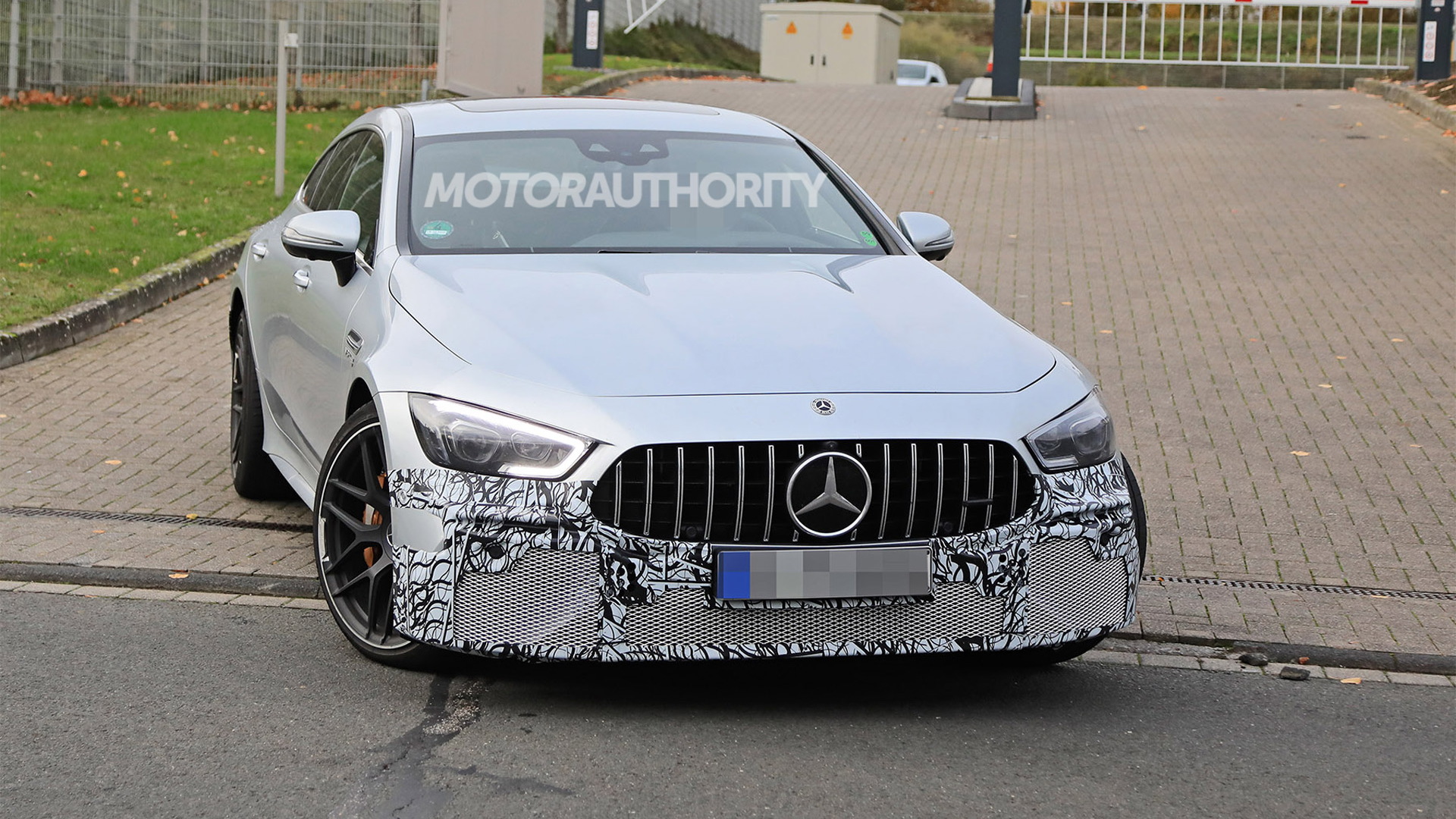 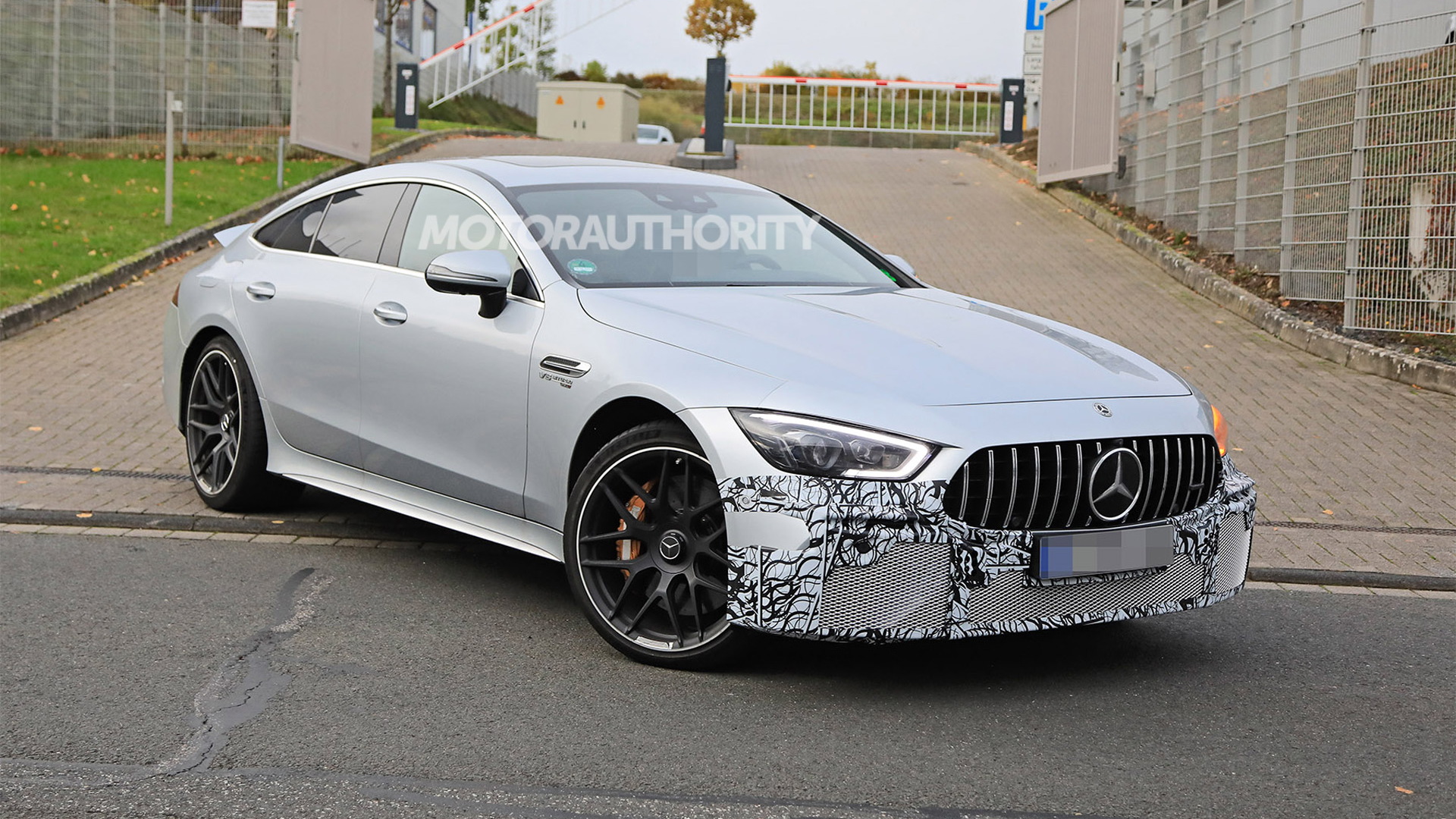 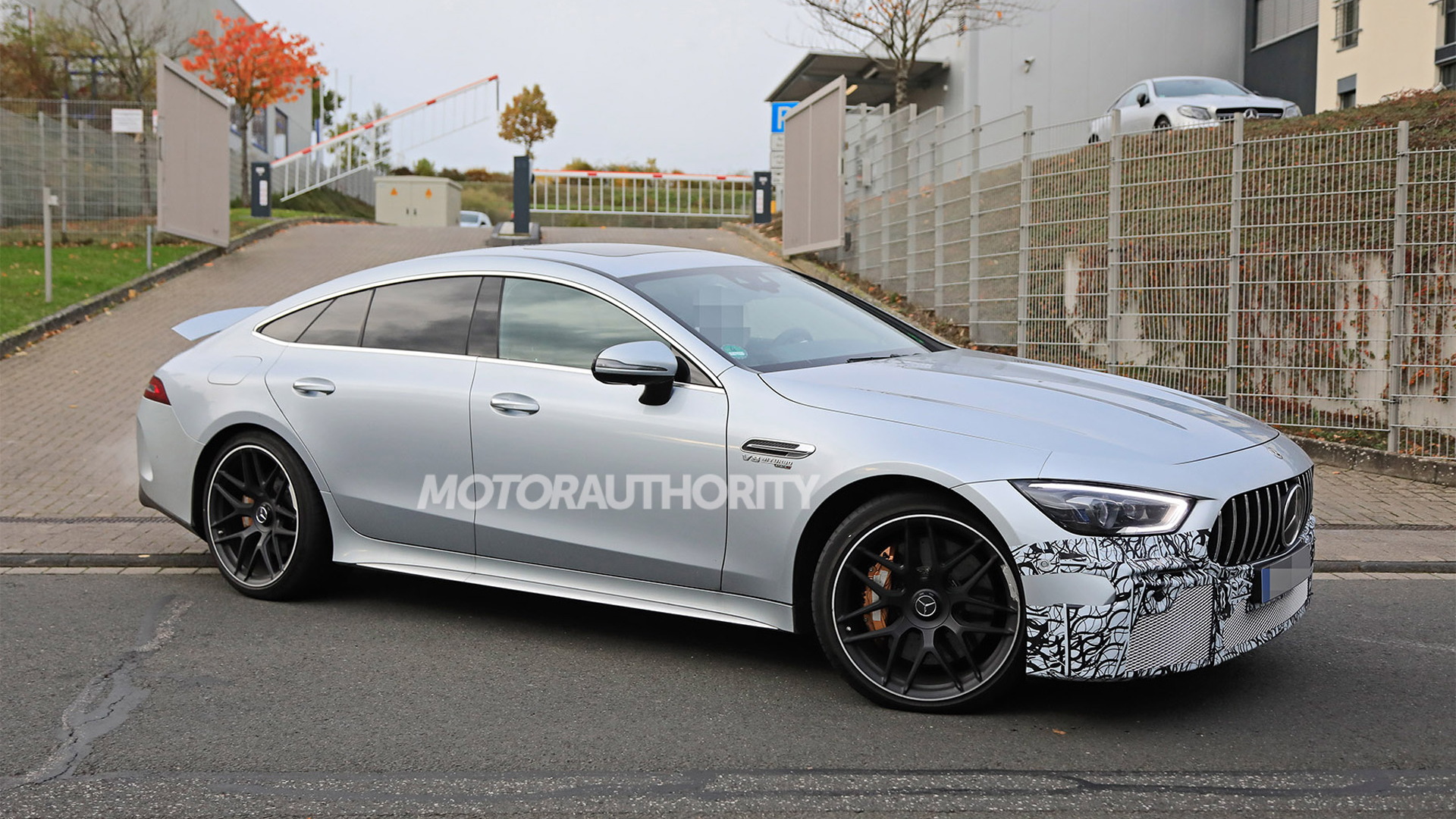 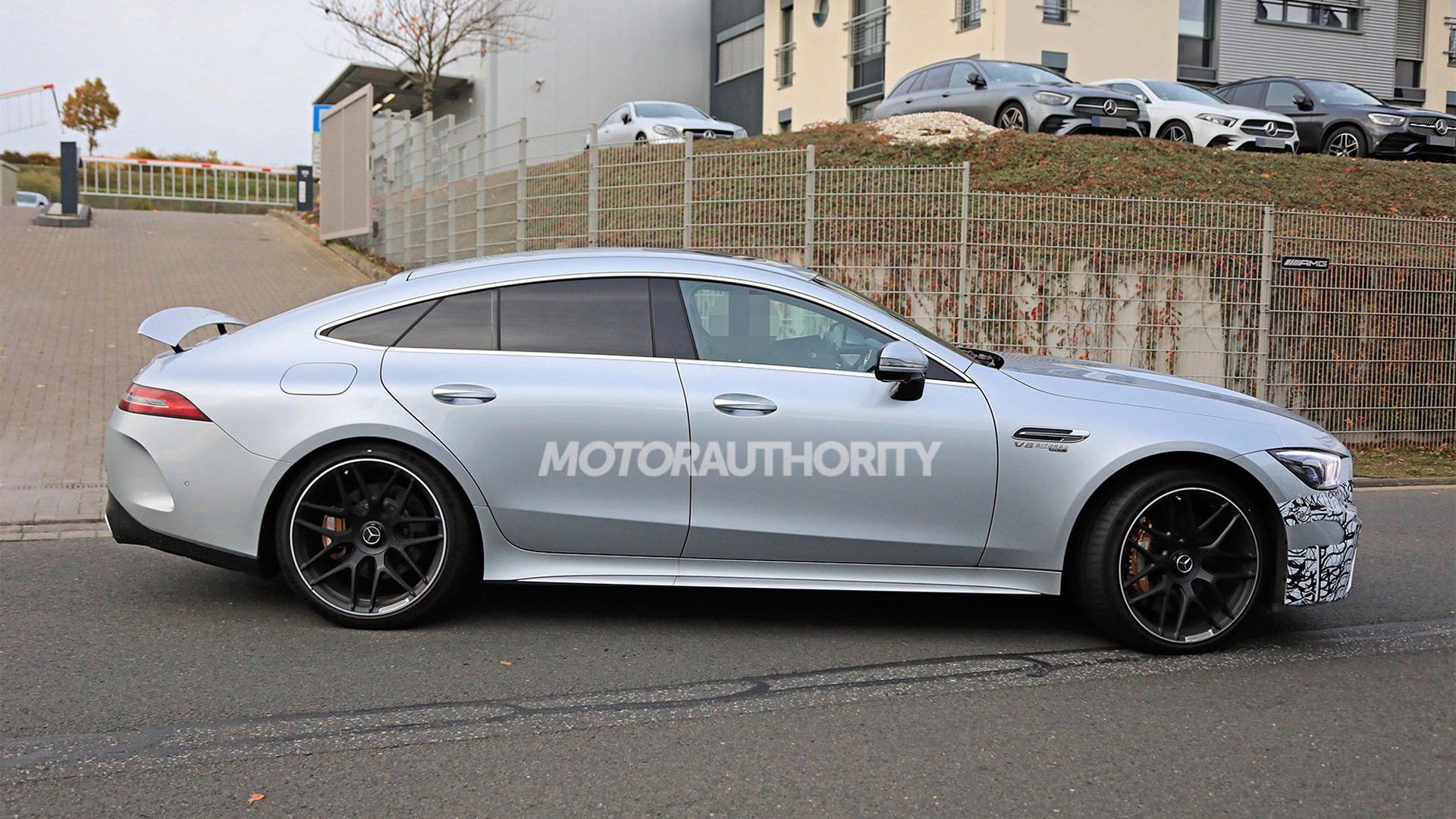 Mercedes-AMG's GT 4-Door Coupe arrived for 2019 and soon the super sedan will receive its first round of updates.

A prototype, in this case for the GT 63 S variant, has been spotted outside Mercedes-Benz's Nürburgring test center and is fitted with a camouflaged front fascia.

The updated GT 4-Door Coupe is expected to arrive in 2021 as a 2022 model, and more exterior tweaks could be added as development continues.

AMG is also developing a plug-in hybrid variant, likely to be badged a GT 63e or GT 73e, and this new option should form part of the updated GT 4-Door Coupe family. It will pair a single electric motor mated with the current 4.0-liter twin-turbocharged V-8 engine to generate a combined power output approaching 800 horsepower.

It isn't clear what's in store for the powertrains in existing variants, though it's possible mild-hybrid technology could be added to GT 63 and GT 63 S variants. The 4.0-liter V-8 has already been paired with mild-hybrid technology in the latest GLS and S-Class. It's essentially a beefed-up starter motor that's able to aid the engine during high loads and recover energy under braking and coasting.

The entry-level GT 53 variant already features mild-hybrid tech, albeit paired with a 3.0-liter turbocharged inline-6 and not a V-8.

Expect the interior to also receive some updates, namely the latest version of Mercedes' infotainment and head-up display systems.

As for the long-term future of the GT 4-Door Coupe, there's speculation the whole lineup will be phased out after the one generation, along with the CLS. With sedan sales on the decline and automakers needing more EVs to meet stricter emissions regulations, Mercedes and AMG are expected to focus on the upcoming EQS.