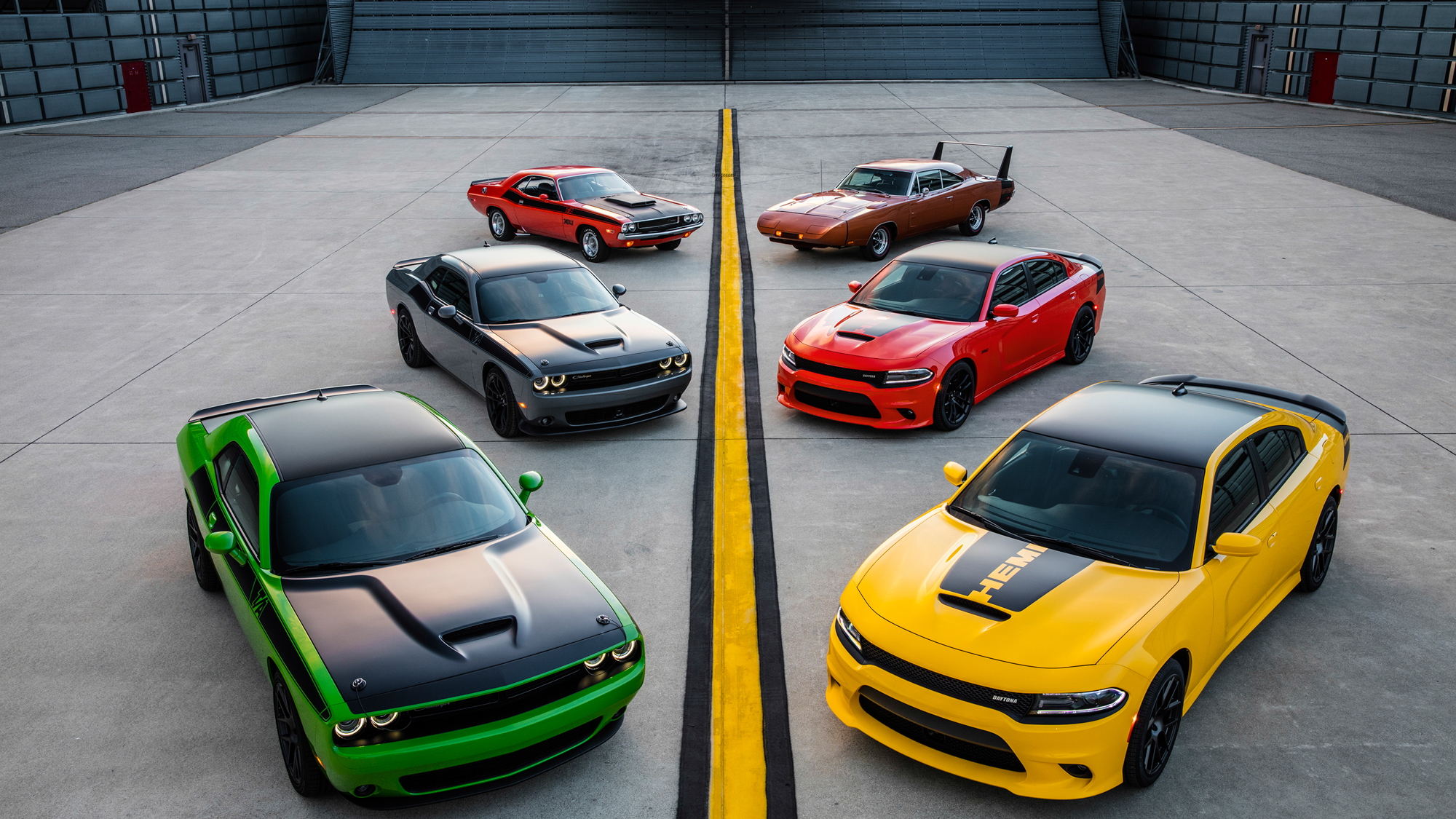 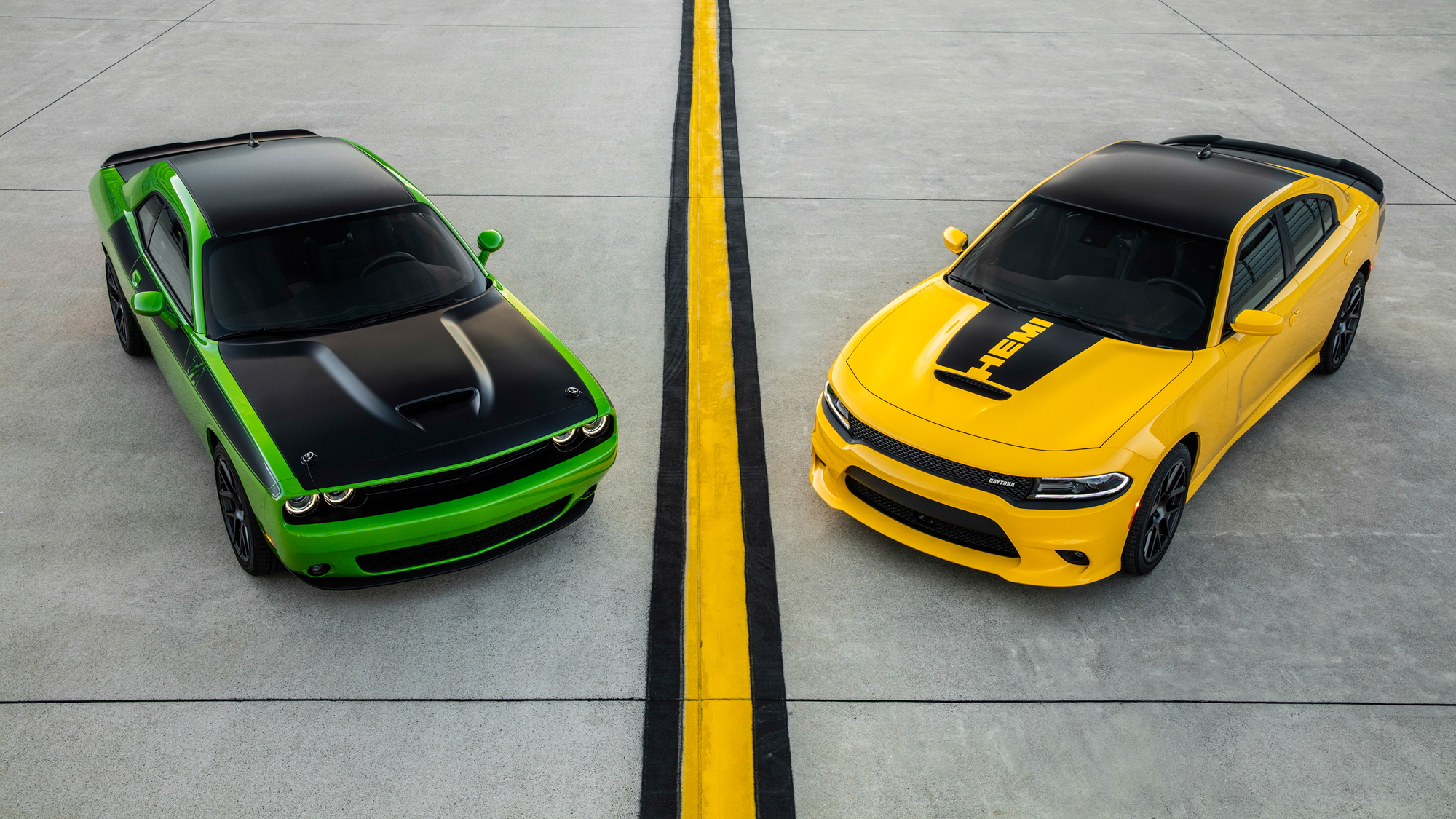 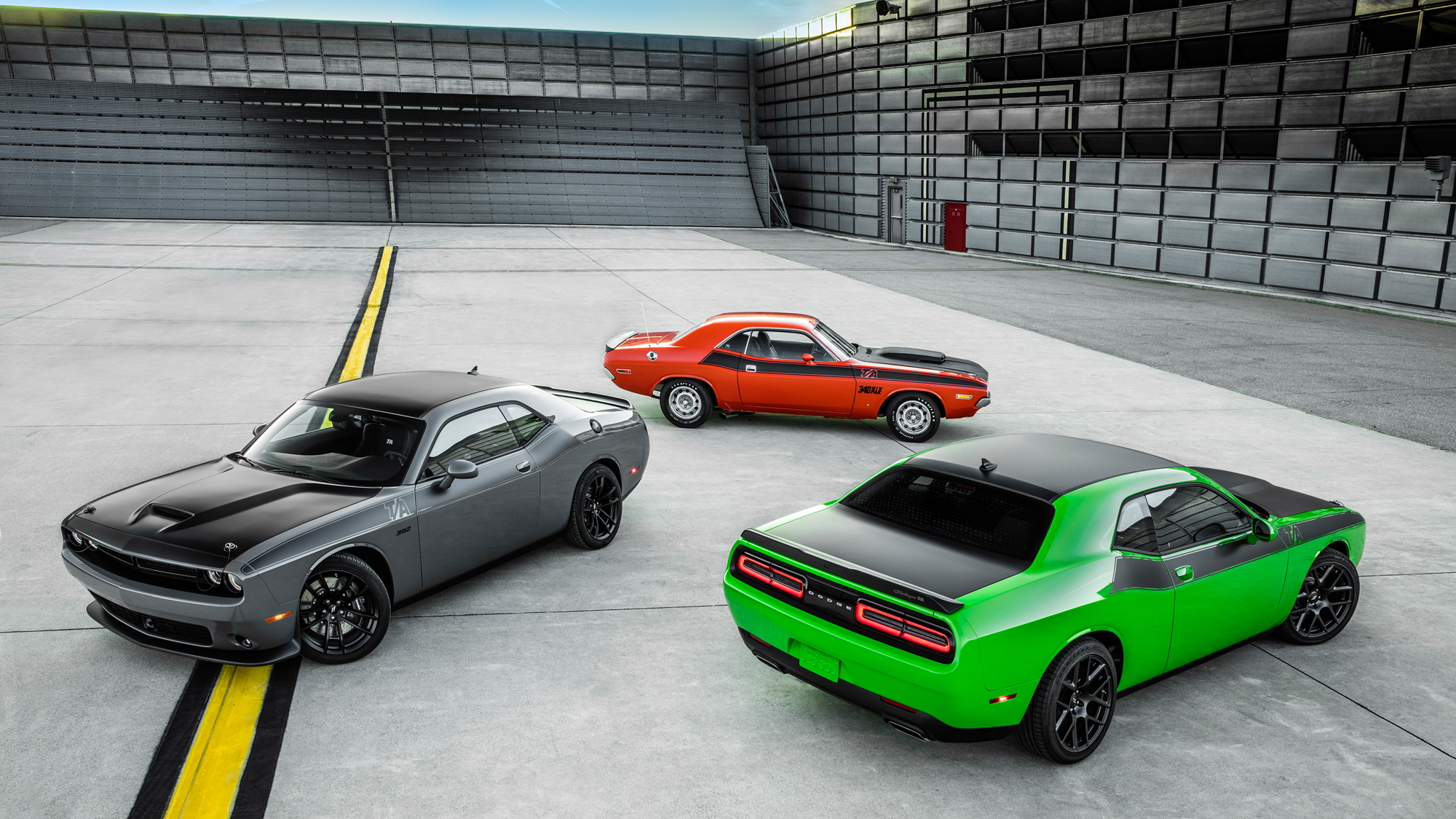 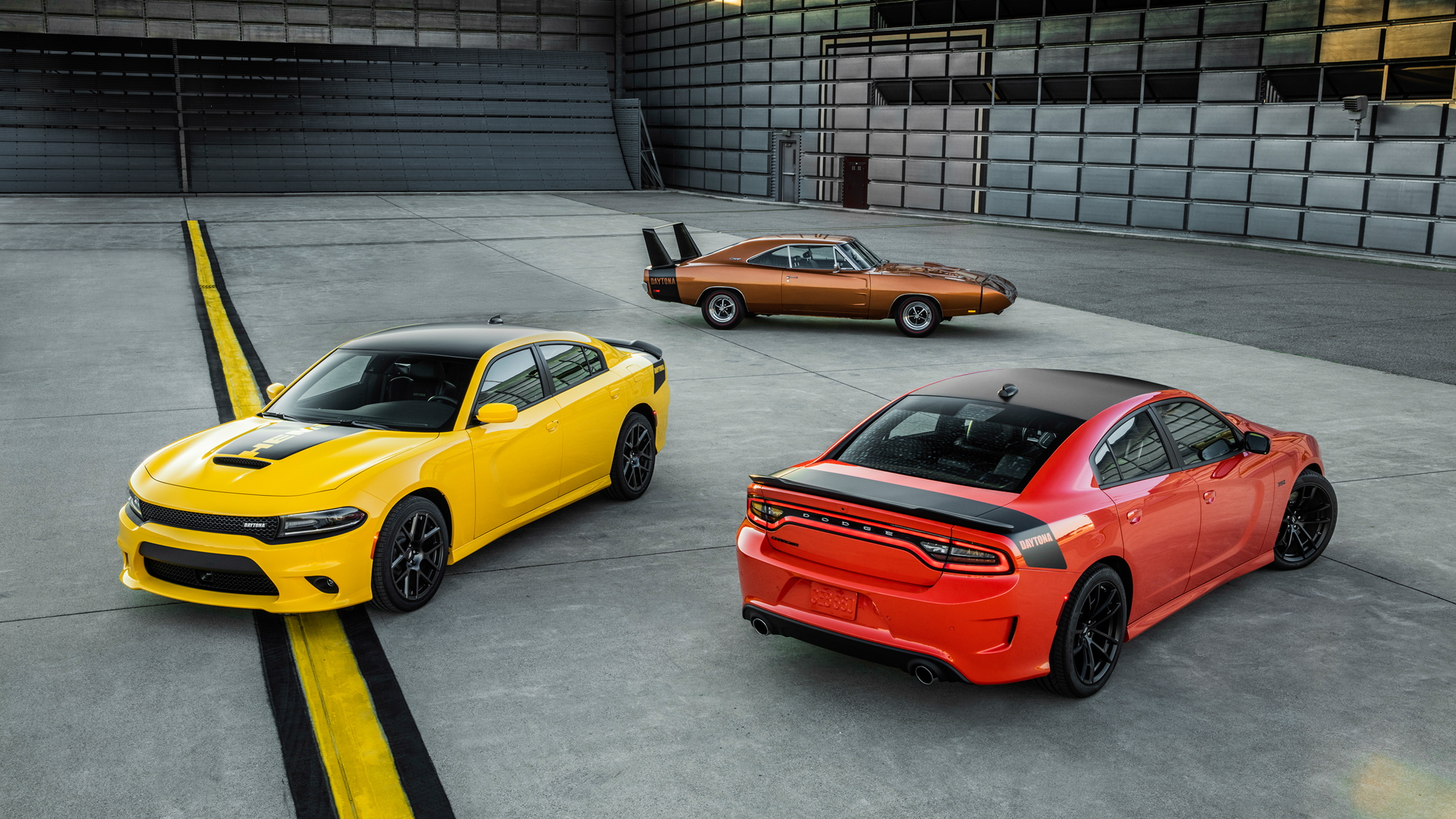 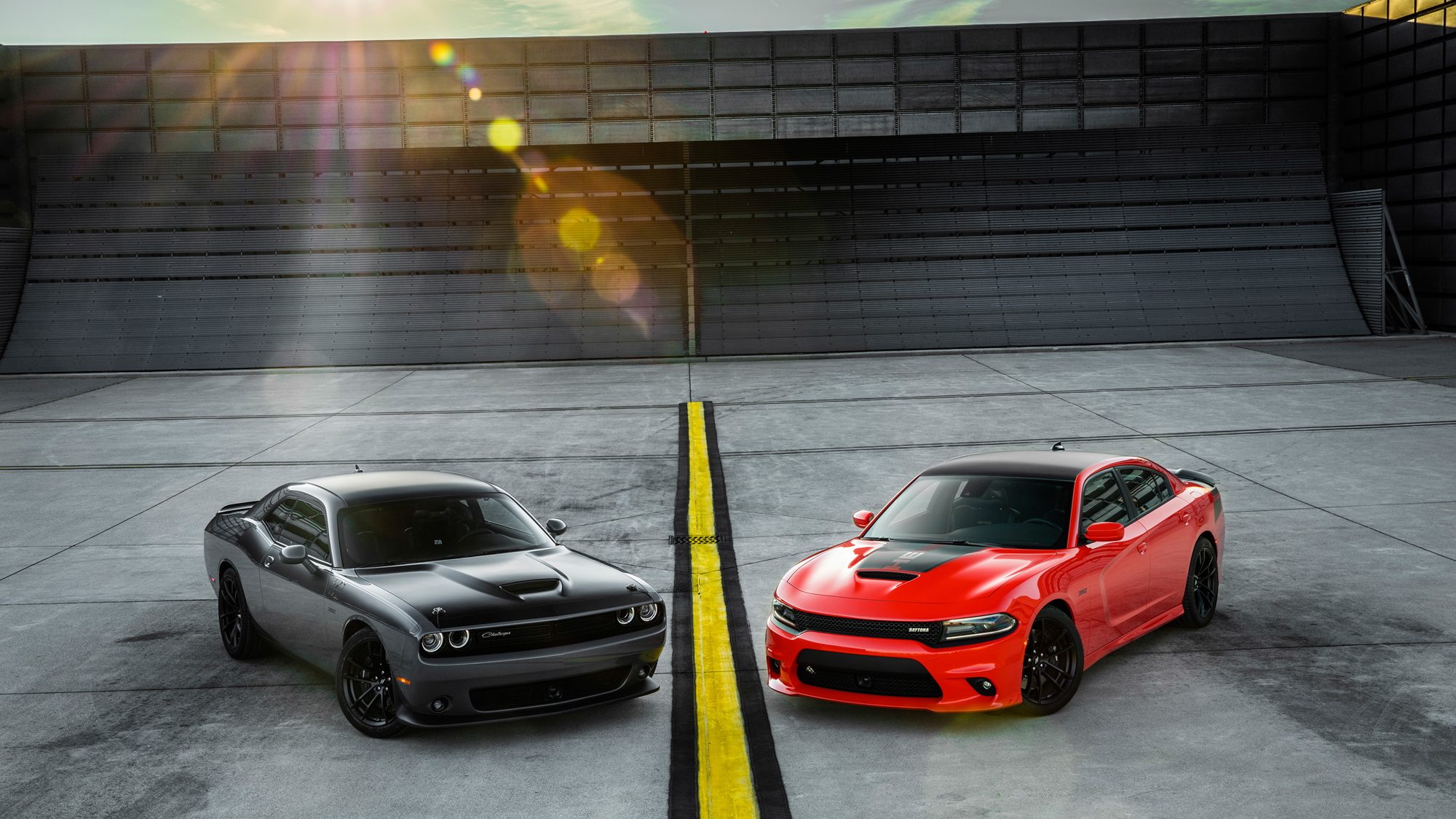 Both the Daytona and T/A names are coming back for 2017. If you're a fan of classic muscle made modern, this is good news.

The 2017 Challenger T/A will be available with either the 375-horsepower 5.7-liter Hemi V-8 or the 485-horsepower 6.4-liter (392 cubic-inch) Hemi V-8. If you're unaware, the T/A name dates back to 1970 when Dodge created a Challenger designed to compete in the SCCA's Trans Am racing series. Just under 2,400 original Challenger T/As were built.

The modern T/A comes in three flavors. First up is the Challenger T/A, which utilizes the smaller Hemi and gets a ton of retro treatments on the outside. It's not all just looks, though, as the car is fitted with the through-the-headlamp intake treatment that's found on the Hellcat. A new electronically controlled active exhaust system helps create a lustier exhaust note. The Super Track Pack upgrade brings about lowered suspension, Bilstein shocks, and three-modes of driver selectable stability control.

Jump to the Challenger T/A Plus and you add heated and ventilated Nappa leather seats finished in black and bearing a T/A logo. You'll also find that easy-to-use Uconnect infotainment system peering back at you through an 8.4-inch touchscreen. Keep climbing, however, and you'll arrive at the T/A 392, which gets the 6.4-liter Hemi. This car also wears massive Brembo brakes front and rear, and those stoppers are hiding behind 20-inch forged wheels wrapped in 275-series Pirelli rubber.

If a sedan is more your speed, check out the new Charger Daytona. Sure it's related to a car with a gigantic rear wing, but that isn't on the options list for 2017...sadly. Instead, you start off with the standard 5.7-liter Hemi that features a cold-air intake and the same aforementioned 2.75-inch active exhaust found on the Challenger T/A. You also get the same Super Track Pack bits. Unlike the Challenger, however, you're only choice for a gearbox is the 8-speed automatic. In the coupe, you can opt to row your own through a 6-speed manual.

Dodge shows off its updated 2017 Challenger and Charger lineup

For more bark and bite, jump to the Charger Daytona 392. Equipped with the 6.4-liter V-8, it will run from 0-60 mph in the mid 4-second range and blast through a quarter mile in just over 12 seconds. You also get the upgraded Brembos, wheels, and tires from the Challenger T/A 392.

If you prefer a modern American sports car, take a look at the Ford Motor Company [NYSE:F] Mustang and Chevrolet Camaro.

However, if you want a modern American muscle car that doesn't try to be anything other than that, keep your eyes on the Challenger and the Charger. These are grand tourers with growl. Feel free to borrow that one, Dodge, as long as we can borrow your T/As and Daytonas in the near future.