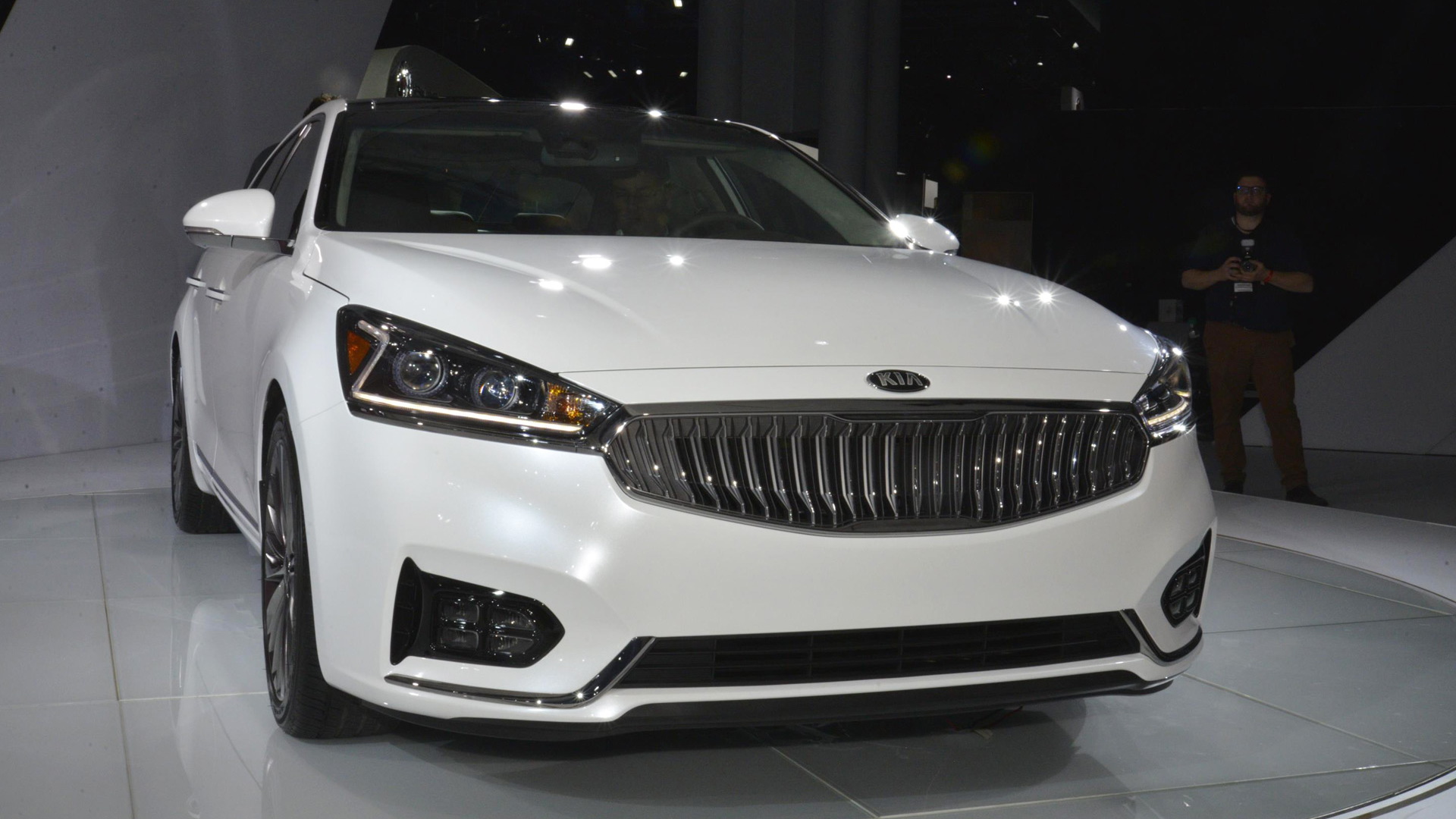 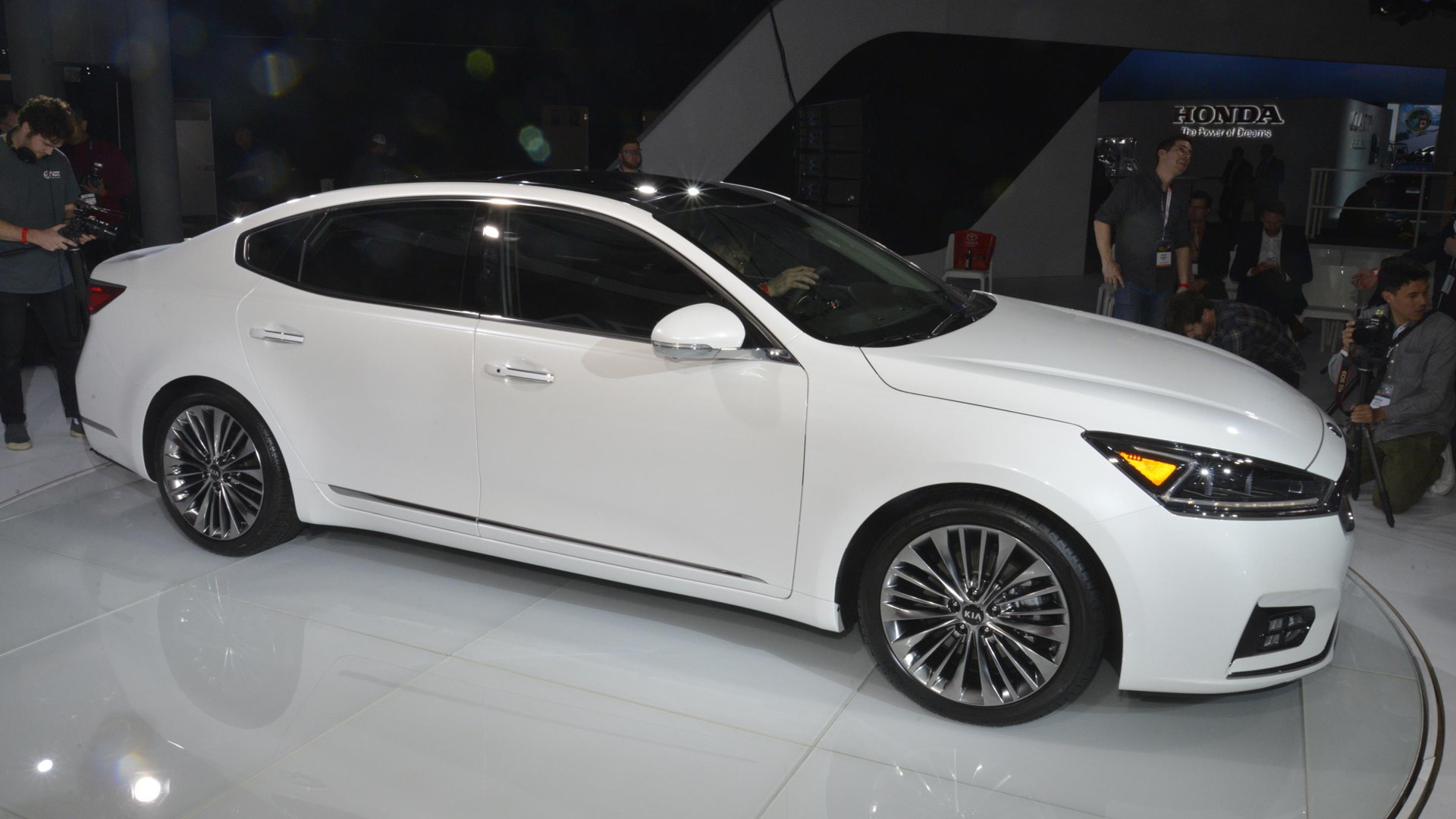 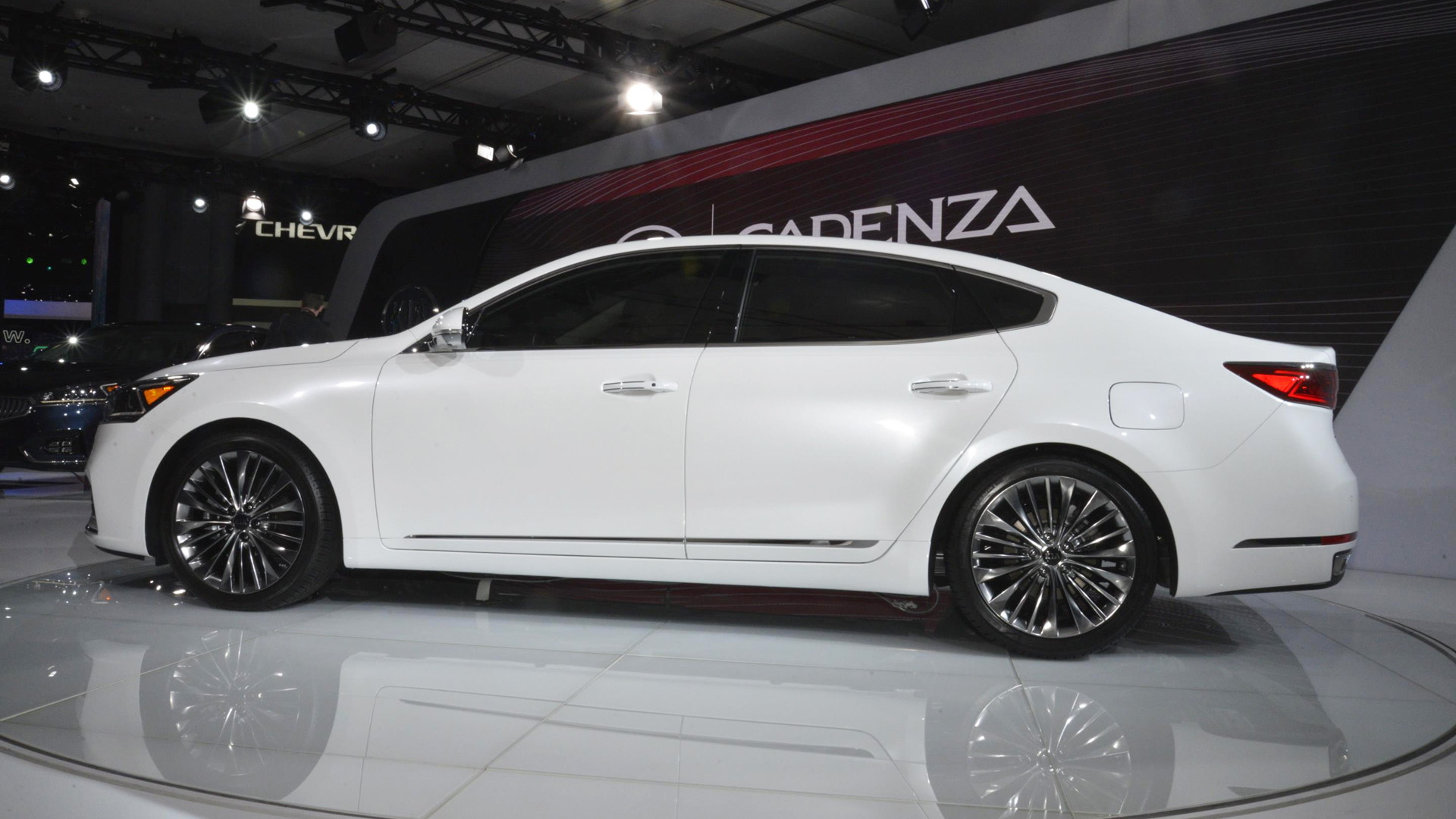 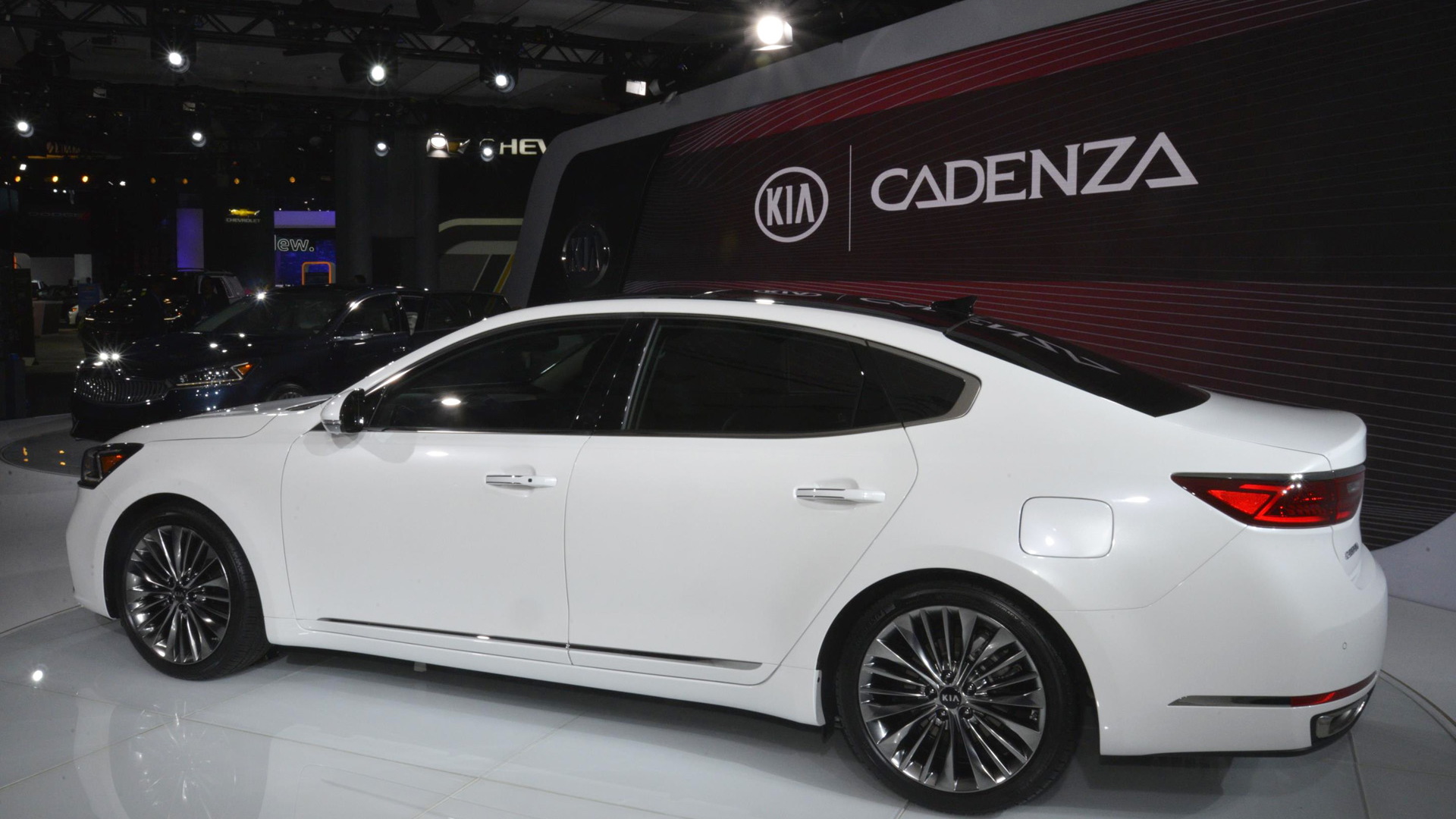 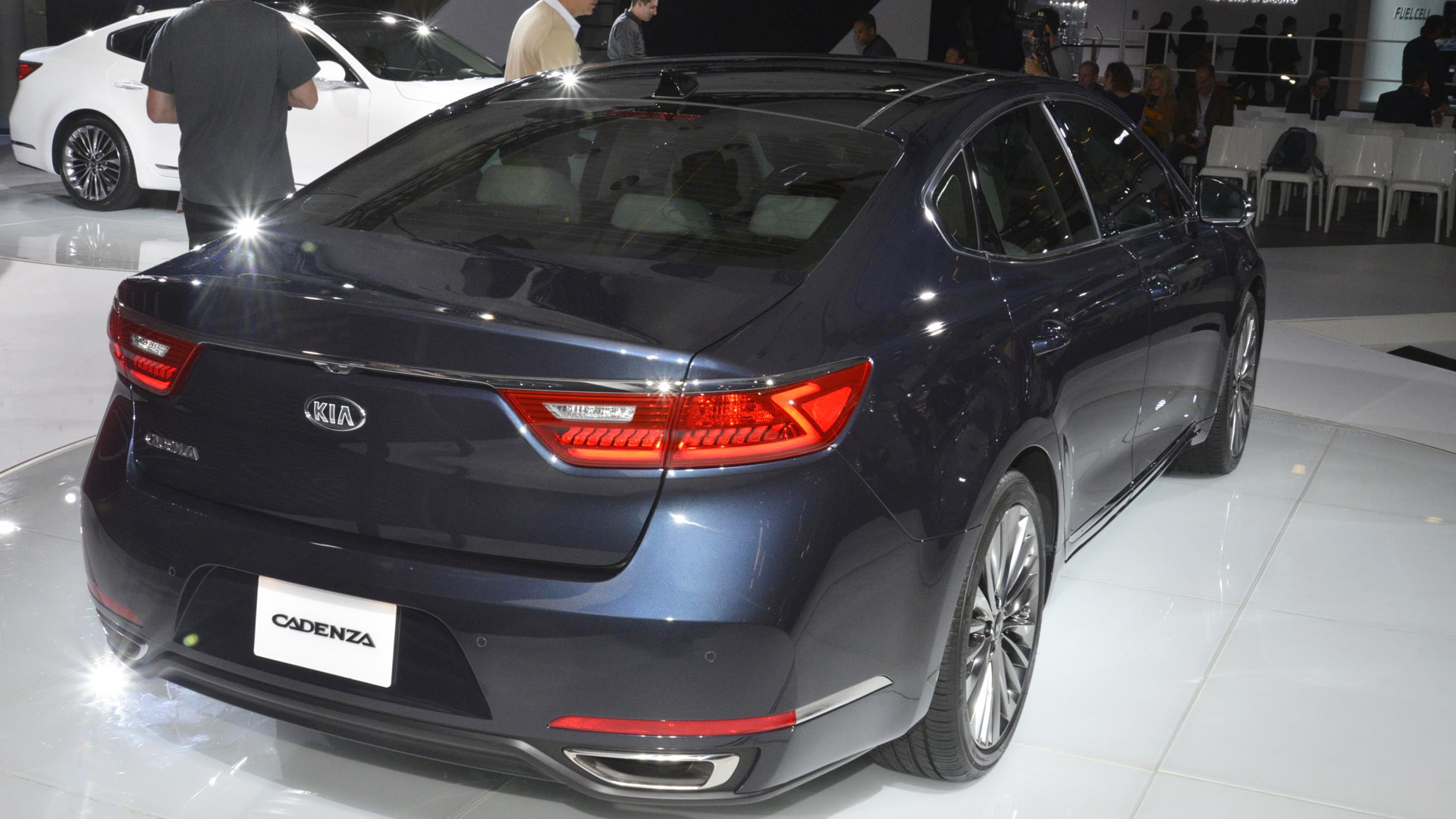 We’re not sure what took so long over at Kia, but the automaker finally confirmed today at the New York Auto Show what goes under the 2017 Cadenza's new skin when the car arrives in American showrooms later this year.

The big sedan, which is related to the Azera that’s made by sister-company Hyundai, will sport the same 3.3-liter V-6 and front-wheel-drive setup found in the outgoing model. It’s not a huge shock—that car was only offered in the States starting in 2013, so it’s not exactly old—but we held out hope for a smaller, more fuel-efficient engine in the new Cadenza.

Instead, the headline is that Kia replaced the 6-speed automatic with a new 8-speed unit aimed at improving fuel economy.

It’s the first front-wheel drive and 8-speed combination by Kia and one we’re expecting to see in the brand's other models in the near future. Kia didn’t specify its anticipated fuel economy, but we’re guessing it’ll be a slight improvement over the 19 mpg city, 28 highway and 22 combined from the current car. Perhaps the new automatic will help the Cadenza breach 30 mpg—a major milestone for such a big sedan.

On the outside, the new Cadenza is largely the same car that debuted in Korea last November. The European-inspired exterior is the headline here; the interior has stayed largely the same, except for lightly updated surfaces and less tacky wood trim. The car closely follows Novo concept car we saw last year.

For more on the Kia Cadenza, see the in-depth reviews over at The Car Connection. And for more from the New York Auto Show, head to our dedicated hub.