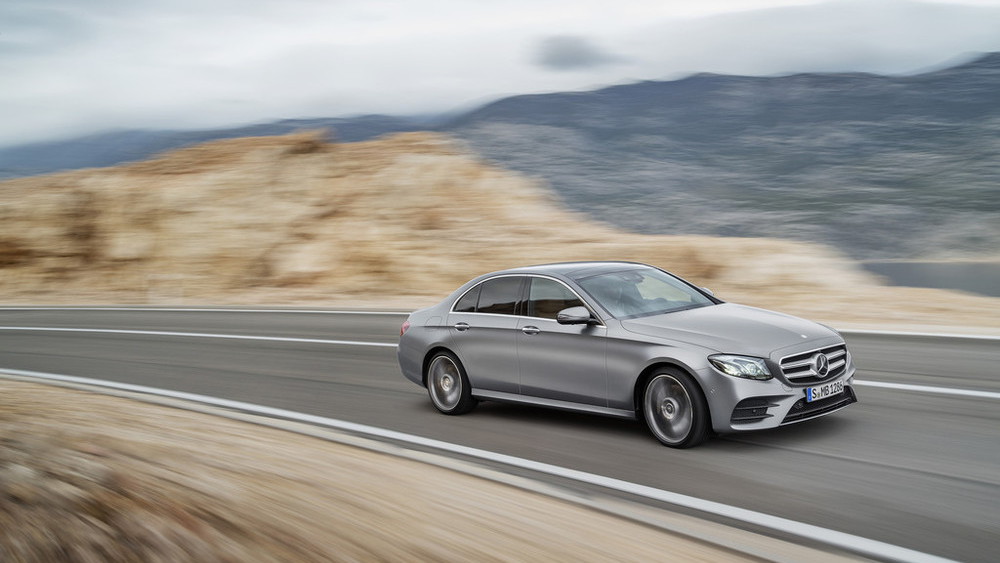 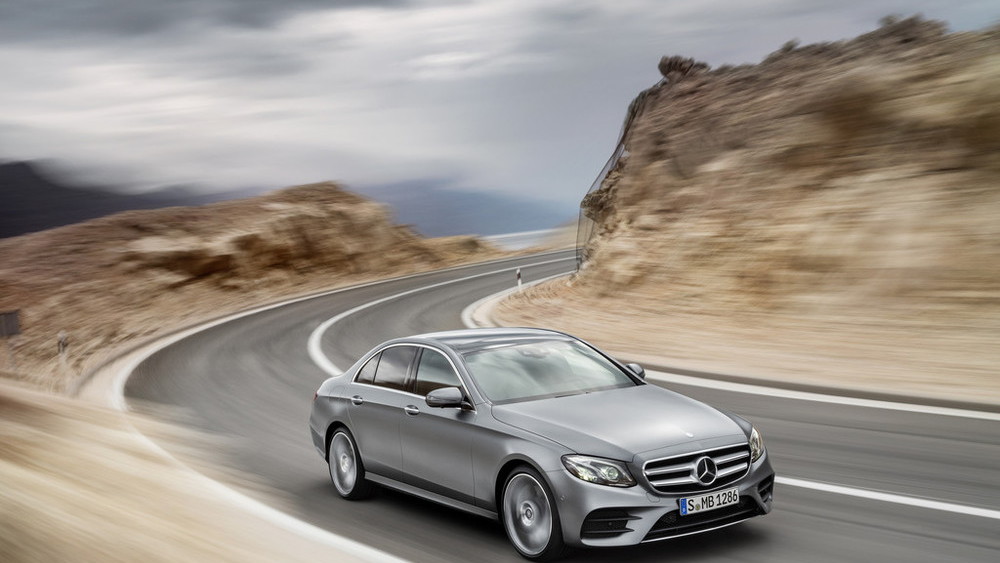 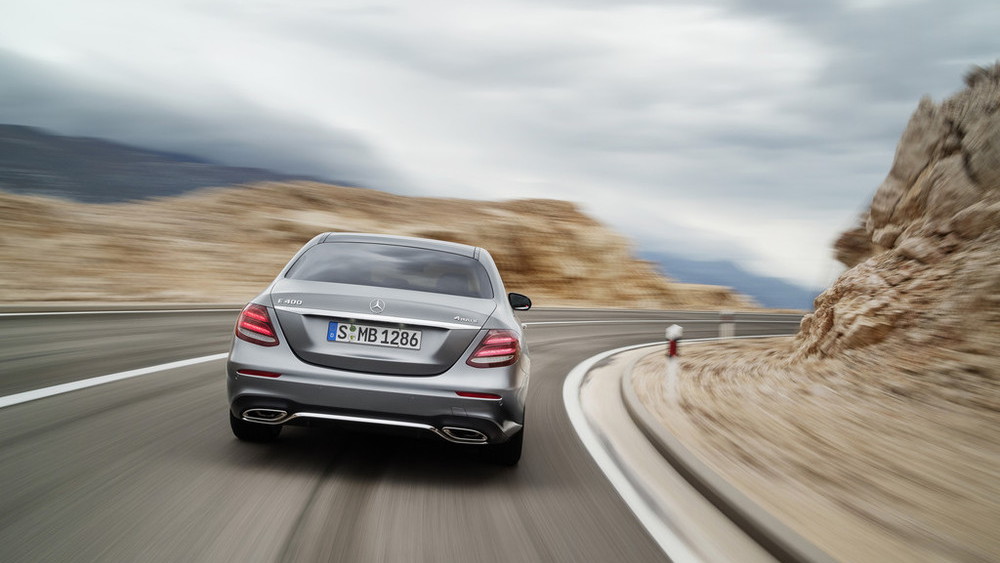 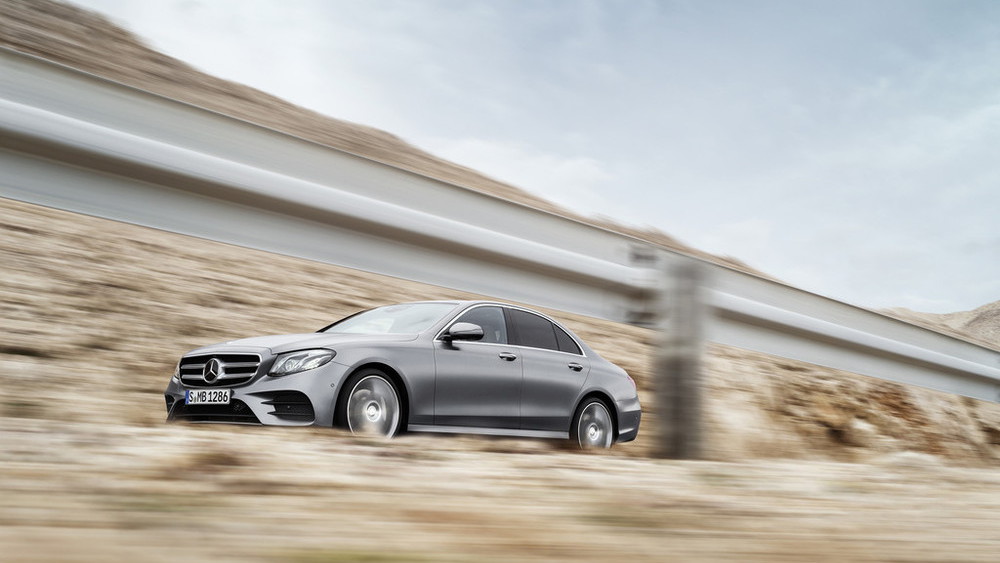 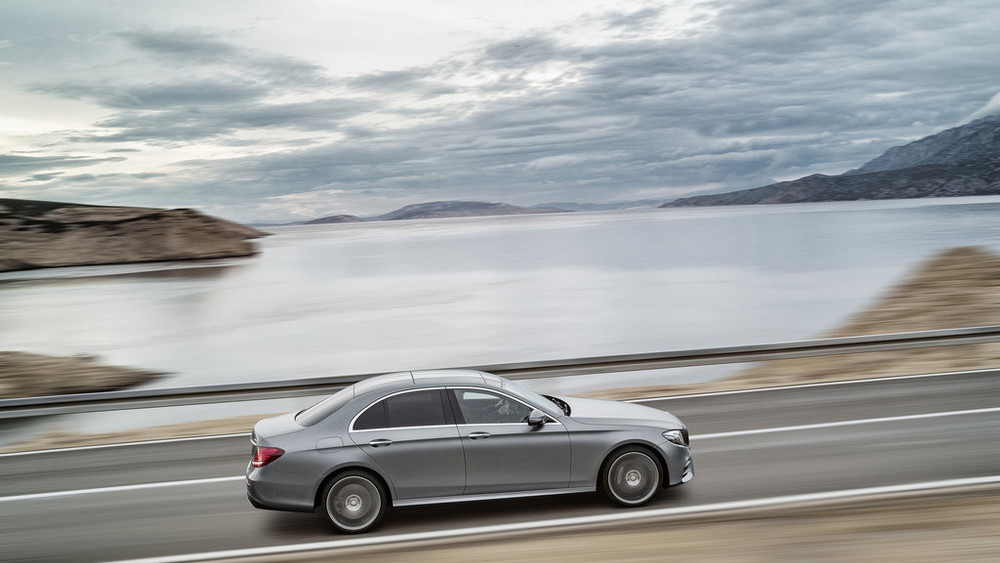 If you didn't know that the 2017 Mercedes-Benz E-Class is coming next week to the 2016 Detroit Auto Show, well, then you haven't been paying attention. The German automaker's been dripping out information and photos like a Mr. Coffee machine for months. Now, we are getting our first full look at the new, tenth-generation E-Class courtesy of leaked press images.

These images, via Auto-Press, show the 2017 E-Class in all its glory. There's little surprise here. The exterior looks like a large C-Class, while the interior, which we've already seen, looks like a mash up of the S-Class and C-Class.

Earlier today Mercedes was touting the advanced headlights on the new E-Class, made up of 84 individually-controlled LEDs. The headlights are just the tip of the iceberg when it comes to tech in the new E-Class. The interior features a dashboard that consists almost entirely of glass displays. There's autonomous driving tech, and of course, more safety systems then you can shake a stick at.

The new 2017 Mercedes-Benz E-Class will make its formal debut on January 11 at the 2016 Detroit Auto Show. Stay tuned for official details, and be sure to catch all the news from the Detroit Auto Show via our dedicated hub.