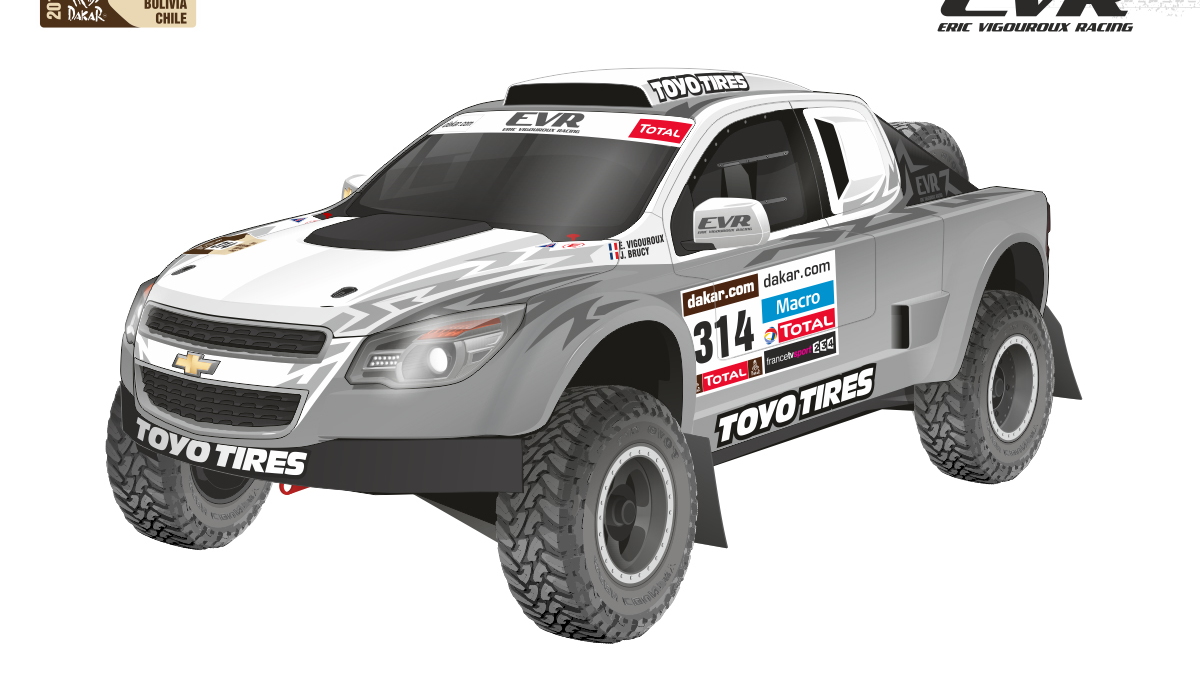 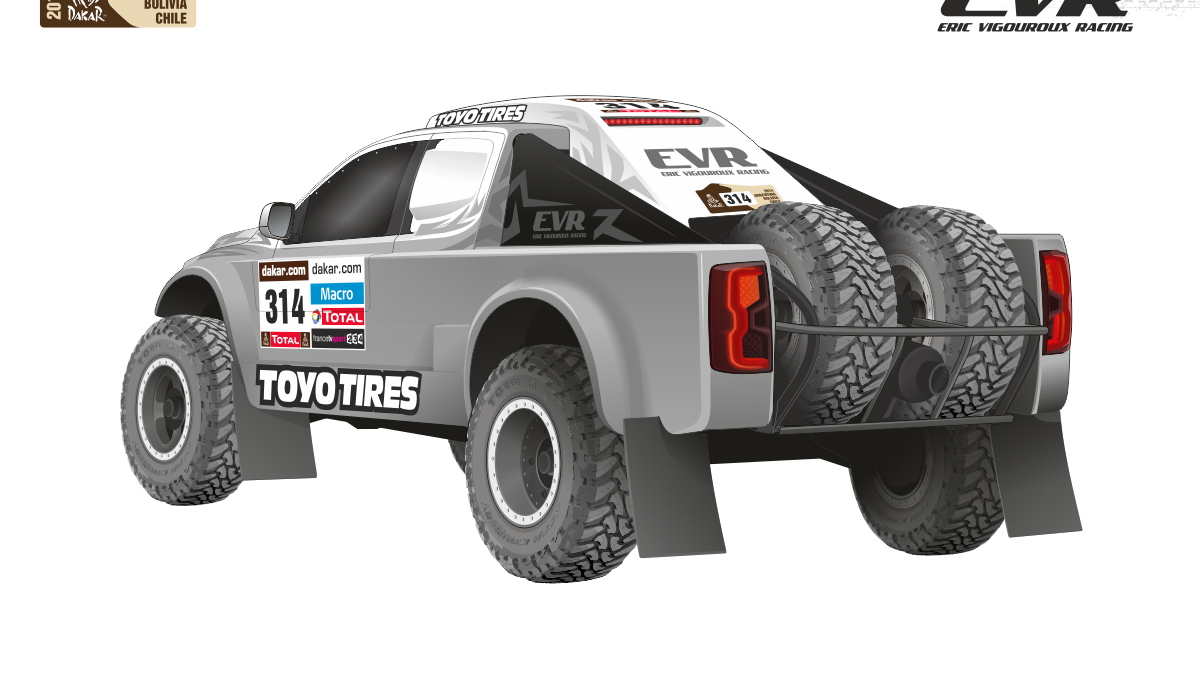 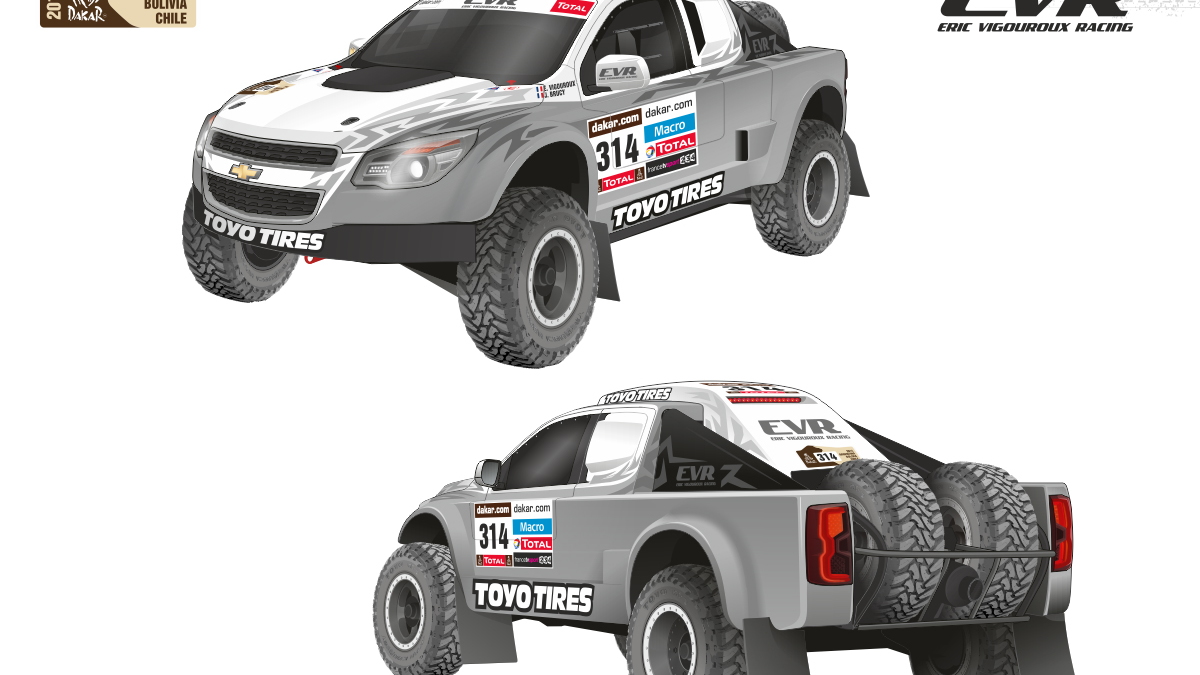 3
photos
To take on the legendary Dakar Rally, you need a tough vehicle.

As racing vehicles go, the EVR (Eric Vigouroux Racing) Proto VX 101 Rally Raid Concept is pretty tough. It may have the name of a photocopier, but it packs a race-tuned Chevrolet Corvette LS7 V-8 into a purpose-built race truck chassis.

French race driver Eric Vigouroux and American BJ Baldwin will pilot the two EVR Proto VX trucks on their inaugural outing at the 2014 Dakar Rally. It will be the 14th Dakar start for Vigouroux, who also won the 2012 Rally of Morocco. Baldwin raced in the 2010 Dakar, and has a Baja 500 win under his belt.

The Chevys will face competition from eternal rival Ford in the form of two Dakar-prepped Ranger pickups.

However, the teams will be competing with the terrain as much as each other. The 2014 Dakar Rally will once again be held in South America, rather than its traditional home in Africa. It will start in Rosario, Argentina on January 5 and finish in Valparaiso, Chile on January 18, covering 13 stages and a total distance of over 5,200 miles.