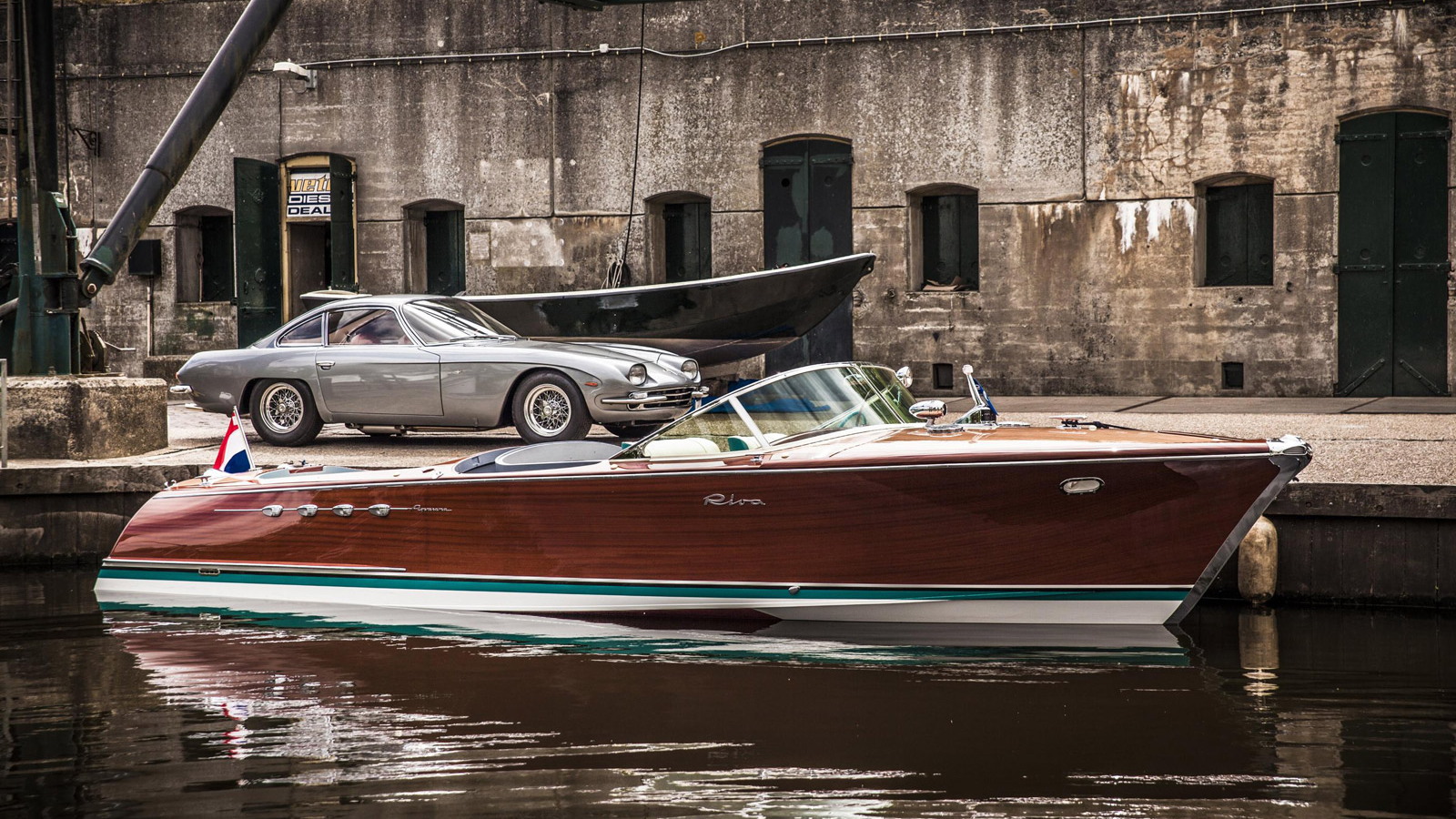 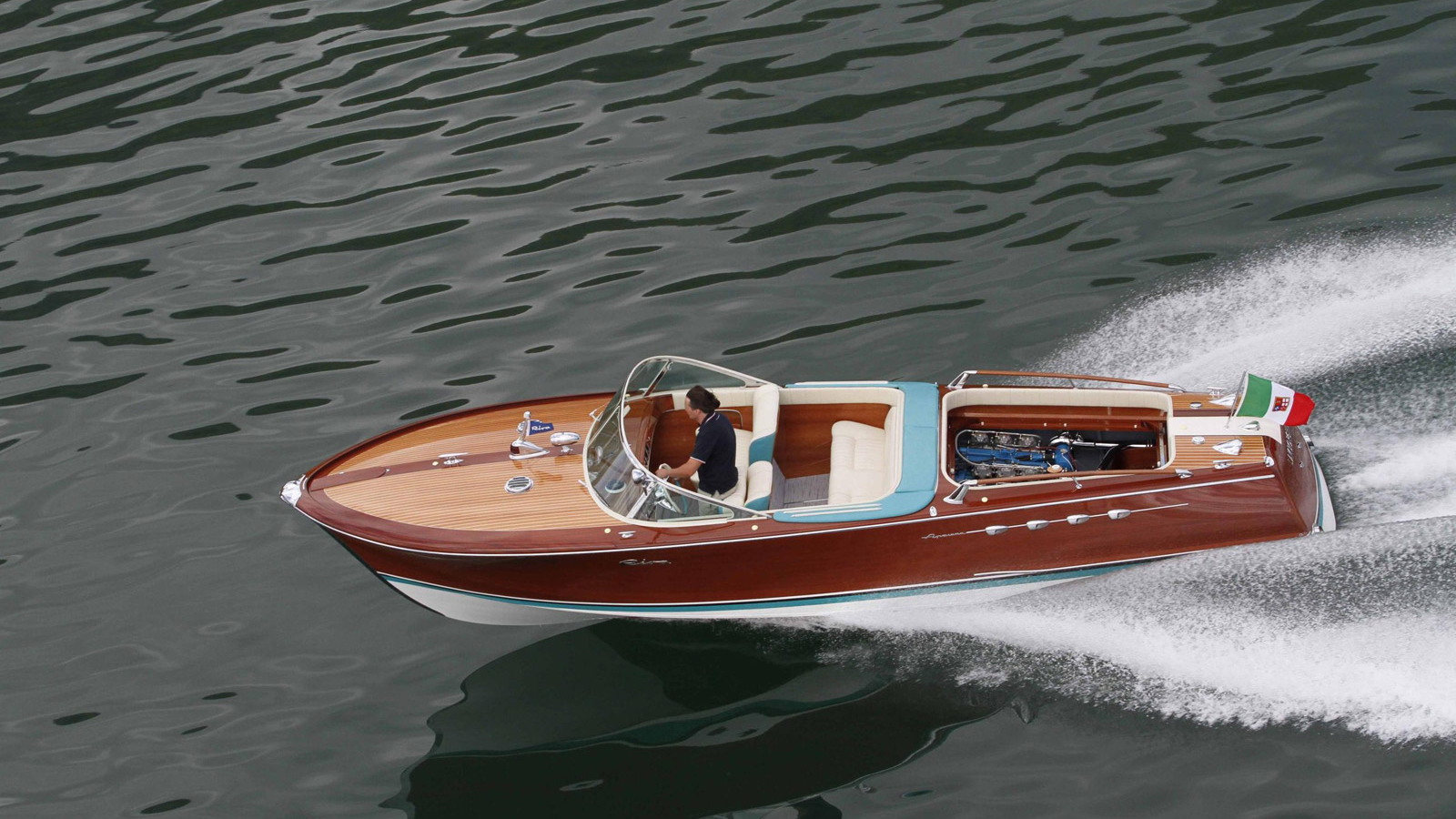 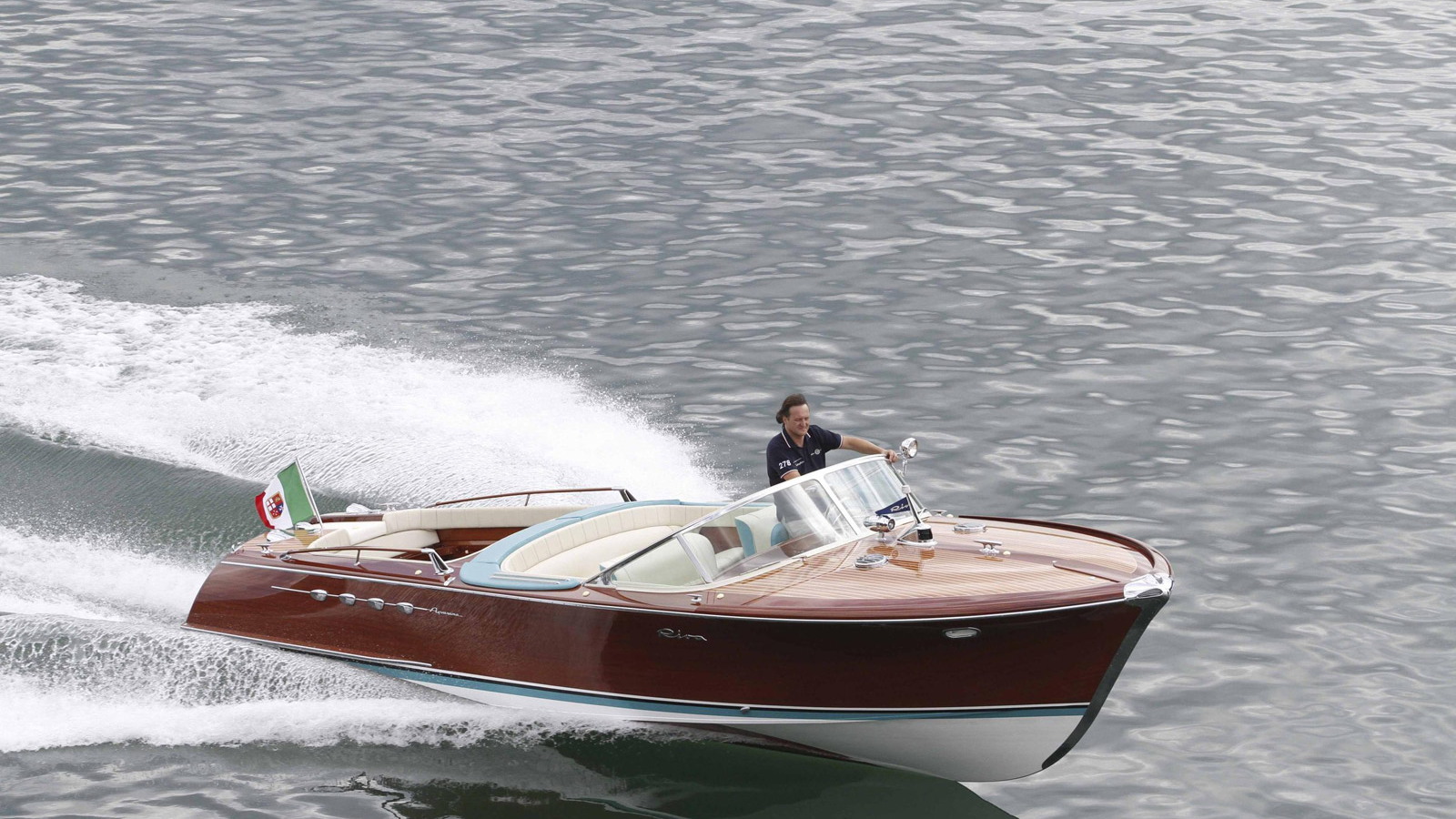 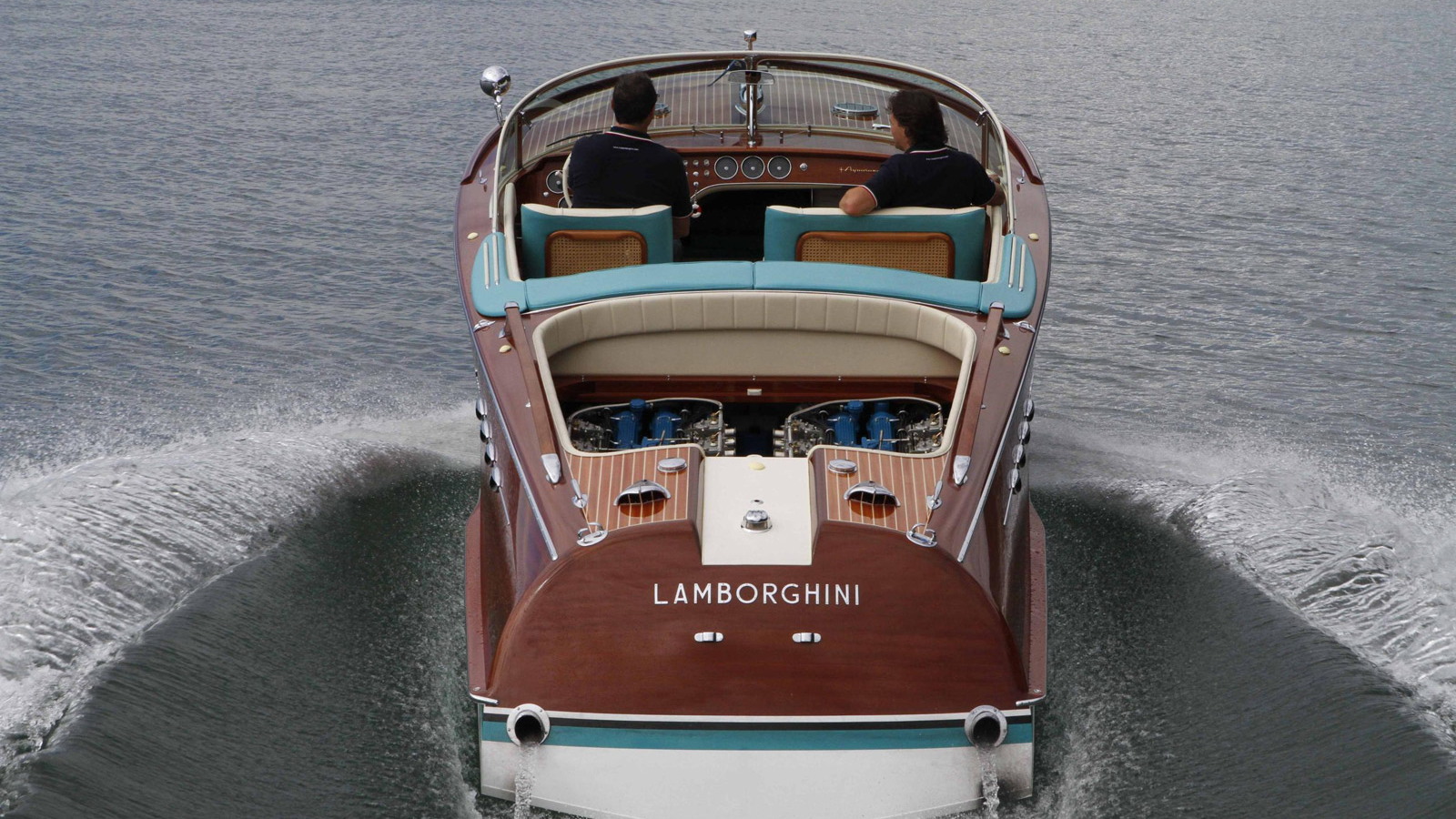 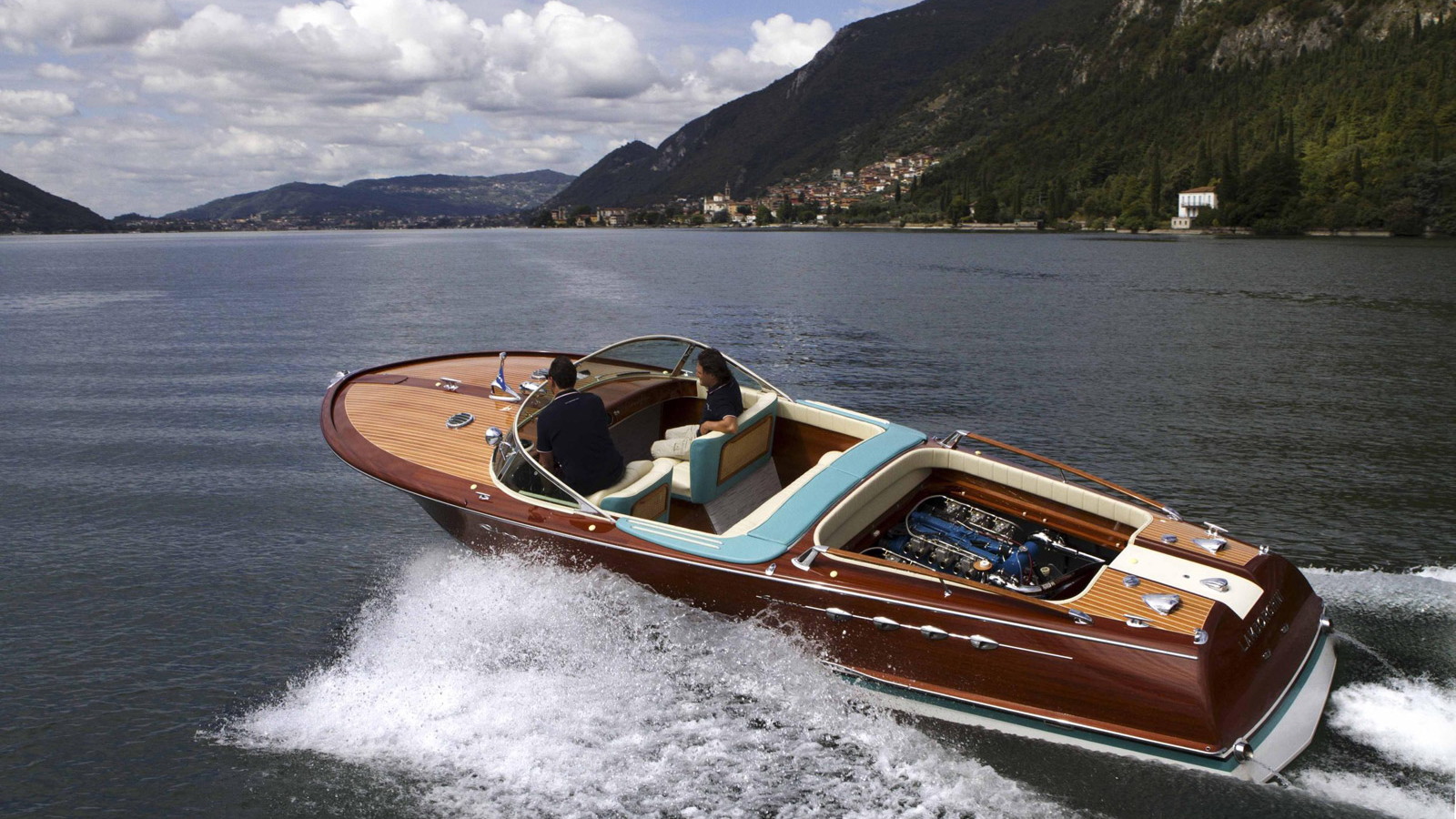 The splendid speedboat featured here is a unique Aquarama built by Italian firm Riva 45 years ago. It was commissioned by Lamborghini founder Ferruccio Lamborghini and was the fastest Aquarama ever built by Riva. Thanks to its dual power sources, a pair of Lamborghini 4.0-liter V-12s, good for 350 horsepower each, the unique Aquarama could reach speeds of up to 48 knots (55 mph), around 8 knots (9 mph) more than the regular V-8 versions.

For years the runabout was stashed away in the corner of a boatyard, hidden under an old tarpaulin shortly after the death of Mr. Lamborghini in 1993. Fortunately, a Riva collector based in the Netherlands eventually tracked it down and then hired Riva-World to restore it.

It would take three whole years to complete the restoration process, but now this splendid piece of maritime and automobile history is ready to cast off once again.

Part of the reason it took so long to restore was that its current owner wanted the boat to look exactly as it did when first presented to Mr. Lamborghini 45 years ago. During the process, Sandro Zani, owner of Riva-World, traveled to Italy on a regular basis to find out information on the boat, including visiting the Ferruccio Lamborghini Museum.

“One of the two original engines from the Riva can still be seen in the Ferruccio Lamborghini Museum in Italy, but unfortunately wasn’t available for sale for this project,” explains Zani. “That is why we bought two other V-12 engines, one of which in the U.S., and converted them so they would be fully suitable for use in a boat.”

Zani also spoke with Lino Morosini, a Riva engineer who worked on the unique Aquarama all those years ago, as well as the late Bob Wallace, a long-time Lamborghini test driver and close associate of Ferruccio Lamborghini.