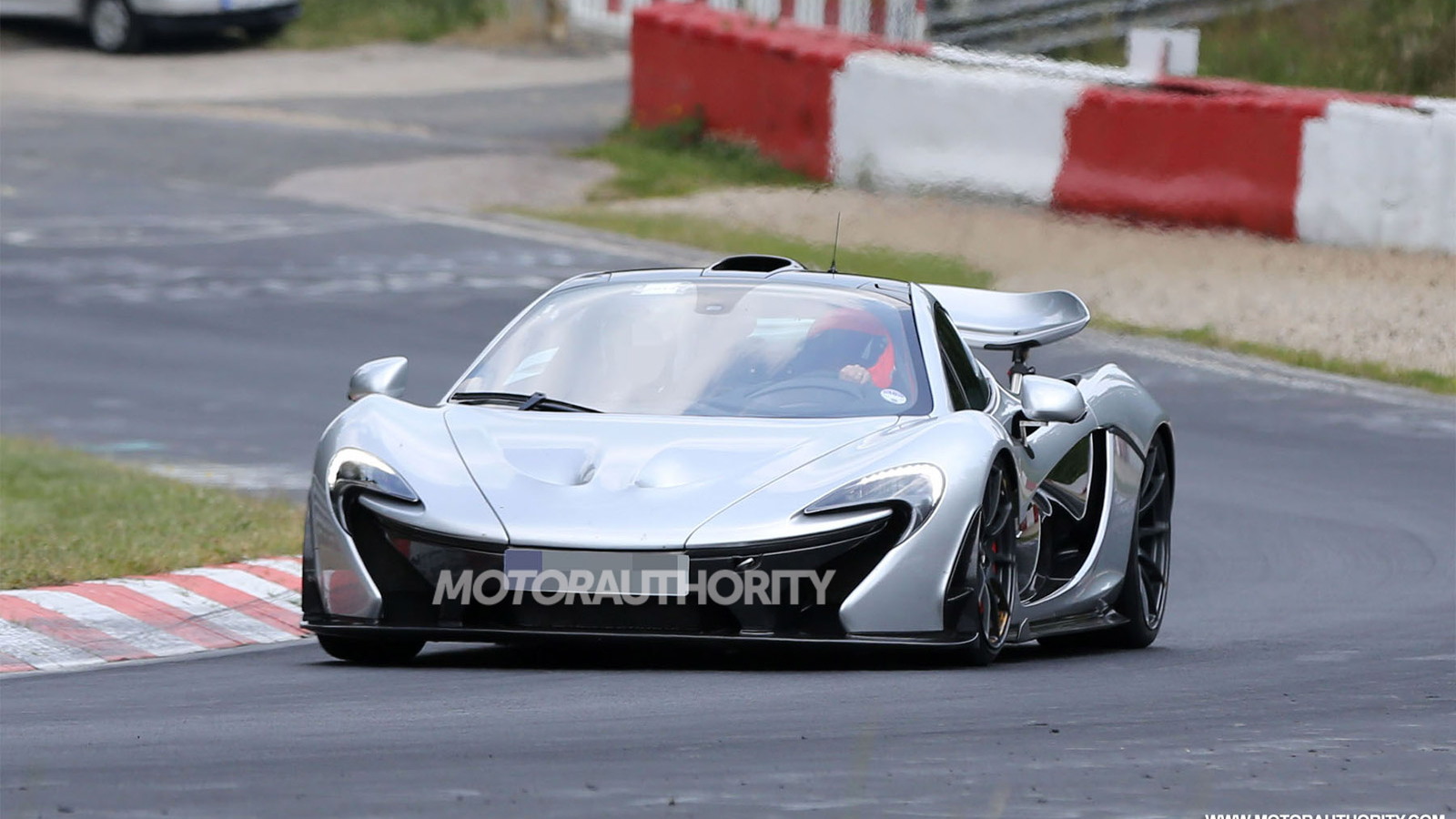 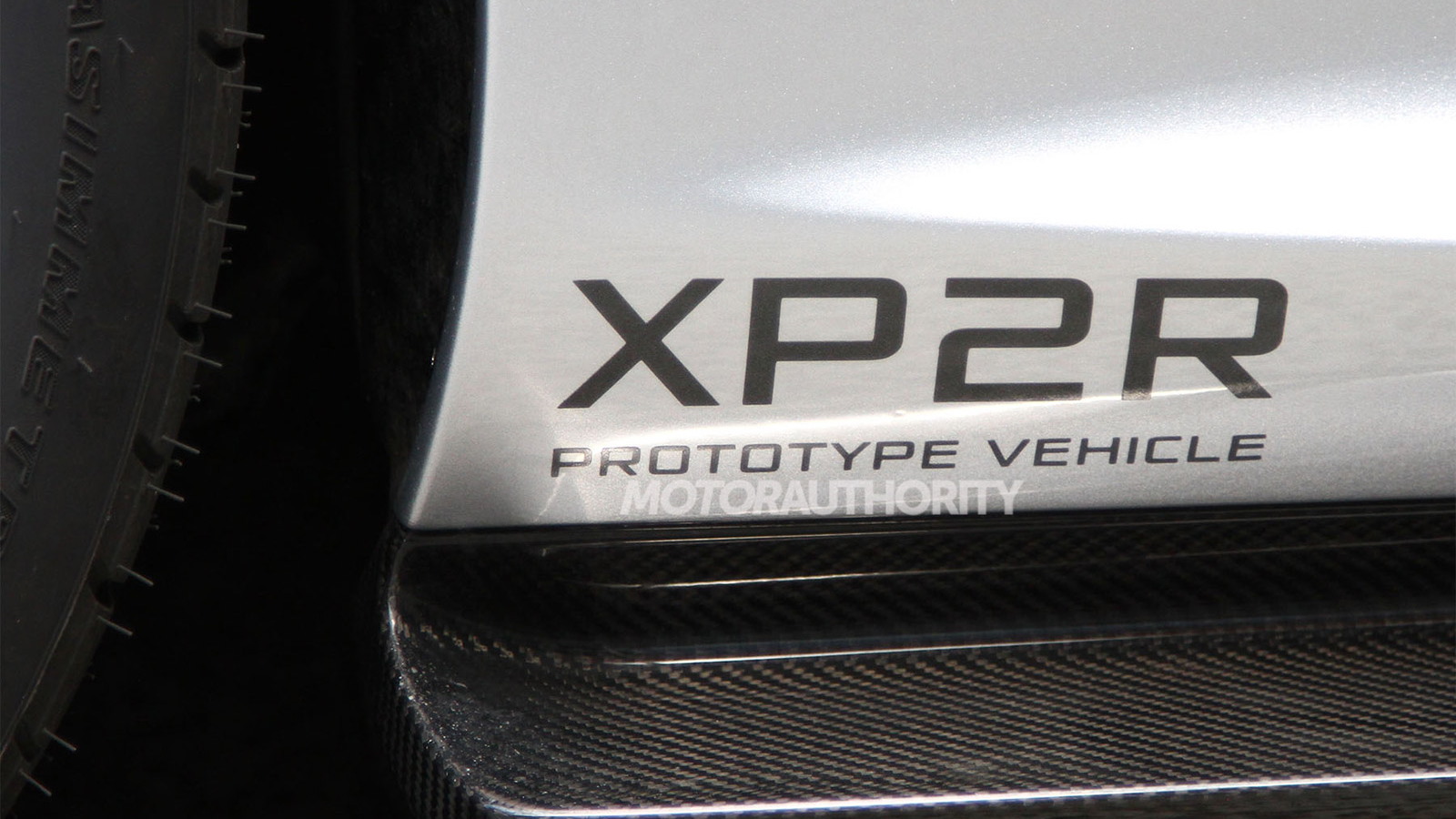 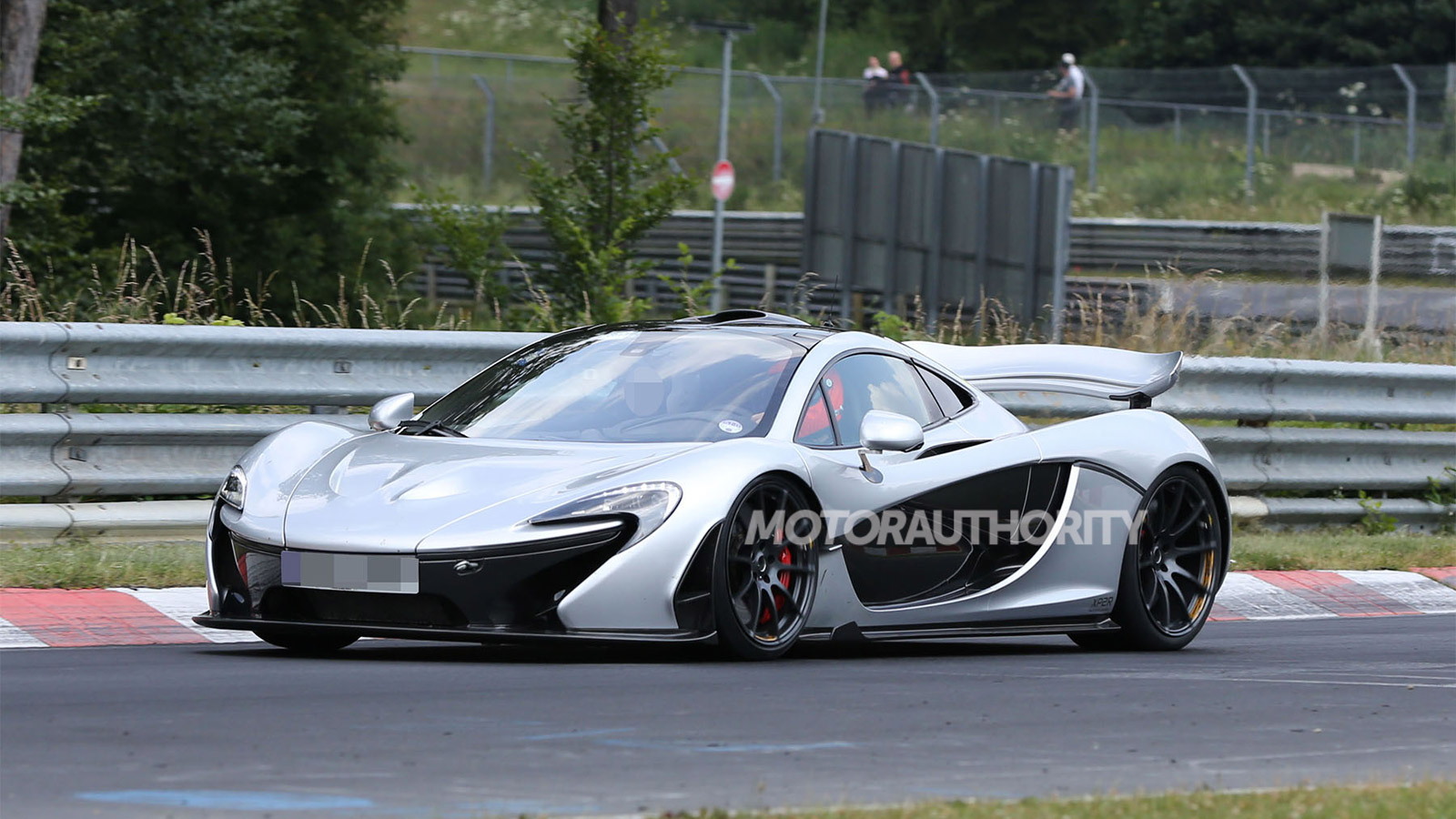 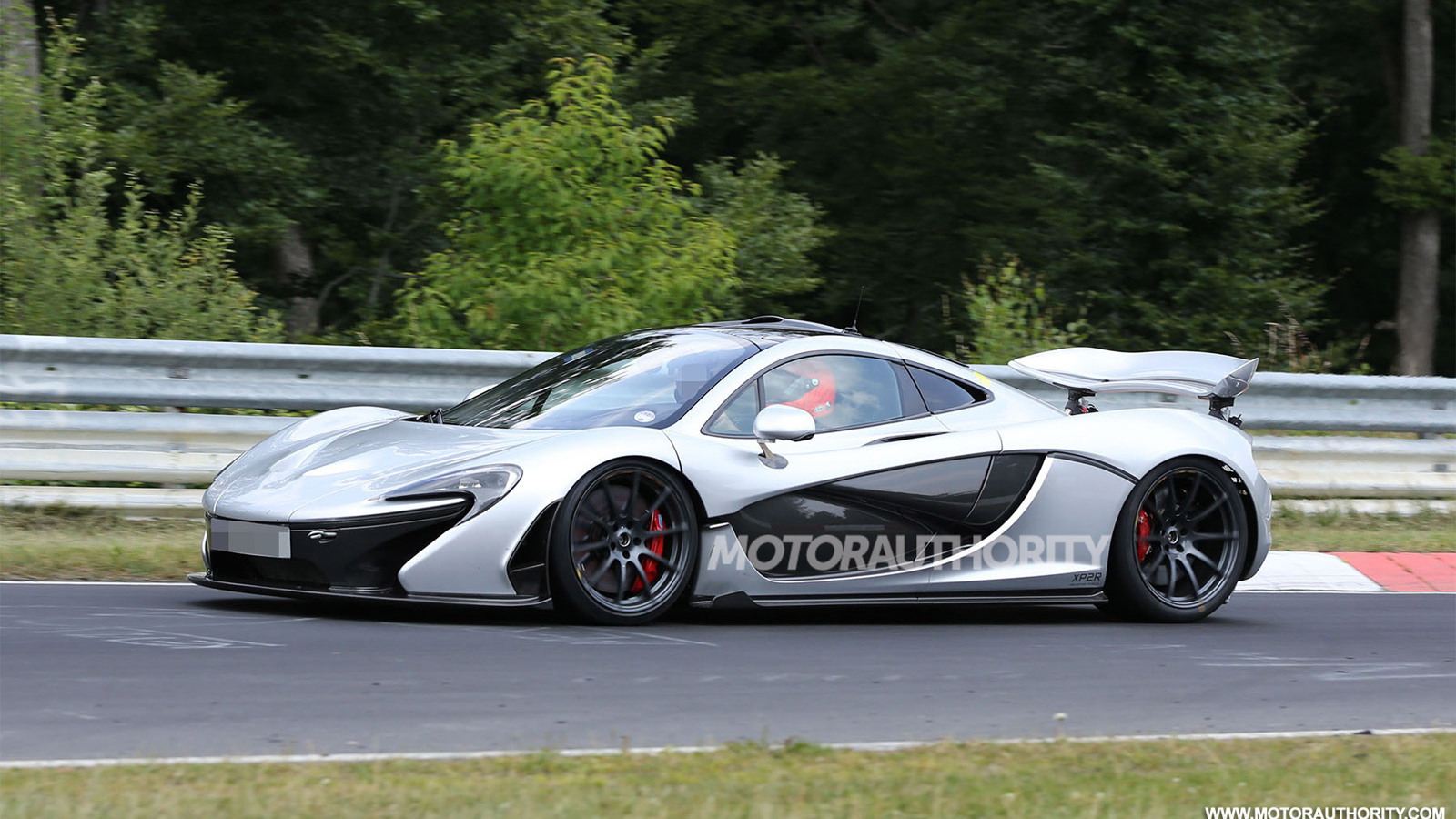 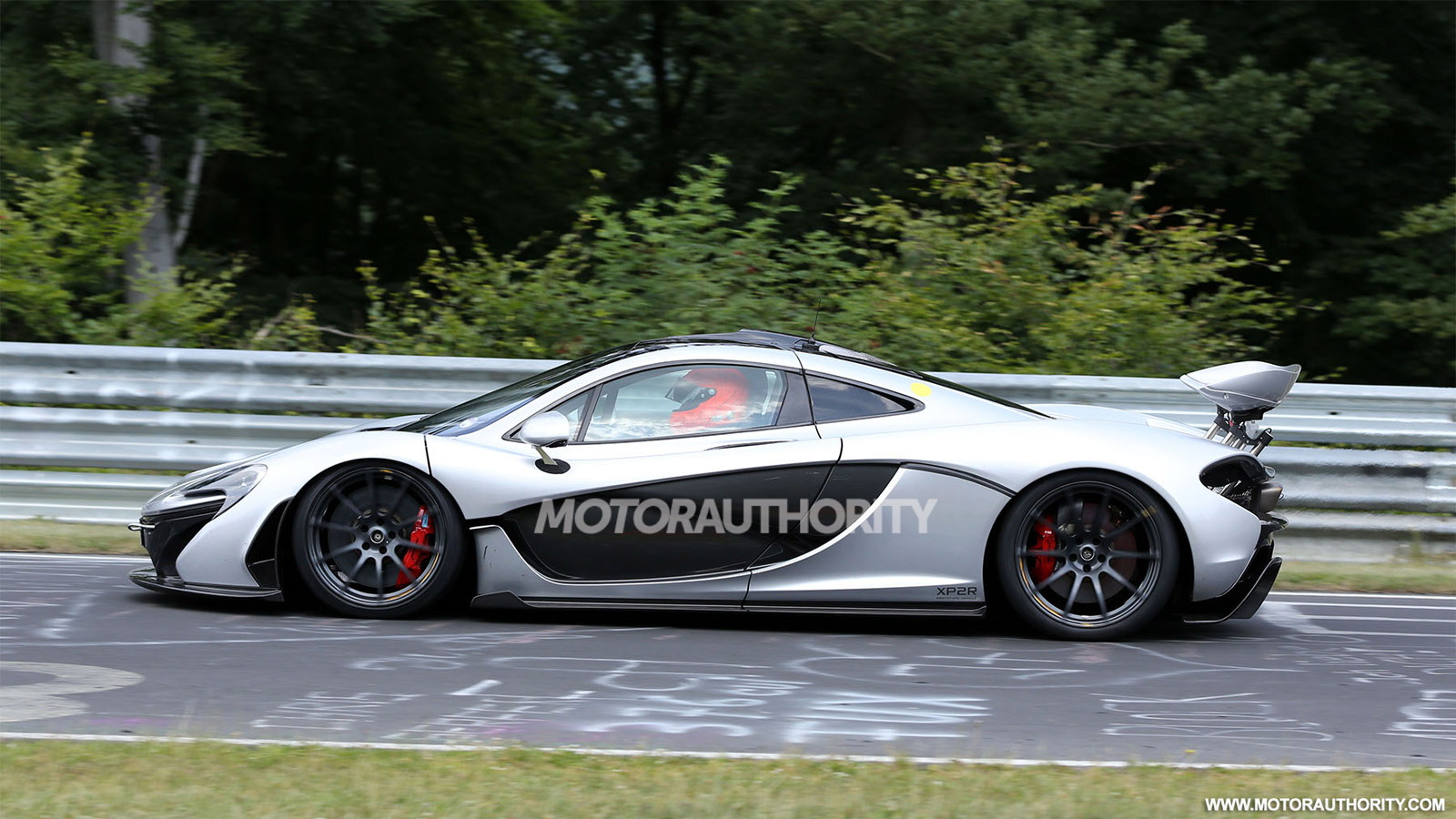 18
photos
Is McLaren already at work on a new, more focused version of its upcoming P1 supercar? These latest spy shots, taken at Germany’s Nürburgring, suggest just that.

The silver P1 has the inscription “XP2R” on both its flanks, located just above the side skirts and ahead of the rear wheels.

McLaren, of course, uses the “XP” nomenclature to denote its experimental prototypes. The number “2” in the inscription is likely to signify that this is the second prototype vehicle of its type, but it’s not clear what the letter “R” stands for.

Perhaps it’s a new version being developed by the McLaren GT department for racing enthusiasts or perhaps it’s a new P1 limited edition with even more potency than the regular P1. Then again, we could simply be looking at one of the final prototypes for the regular P1, though the engineers accompanying the car, including McLaren chief tester Chris Goodwin, were said to have been a little nervous when our spy photographer showed up.

Apart from the inscription, the silver P1 looks much the same as any other version of the car previously shown. The P1 was first shown in production spec at the 2013 Geneva Motor Show back in March and just last week it made its dynamic debut at the 2013 Goodwood Festival of Speed.

McLaren has announced that 375 P1s will be built, though it didn’t say if all of these would feature the same spec. P1s that will be delivered to customers towards the end of the year will come powered by a plug-in hybrid setup combining McLaren’s twin-turbocharged 3.8-liter V-8 with an electric motor.

The setup is said to offer a mix of insane throttle response, day-to-day drivability and high top speed thanks to various driving modes including electric only, gasoline only and combined hybrid modes. Peak output for the P1 is 903 horsepower and 663 pound-feet of torque, which should see the car accelerate from 0-60 mph in under 3.0 seconds and reach a governed top speed of 217.5 mph.

We’ll bring you an update on the status of the XP2R as soon as we have more details.