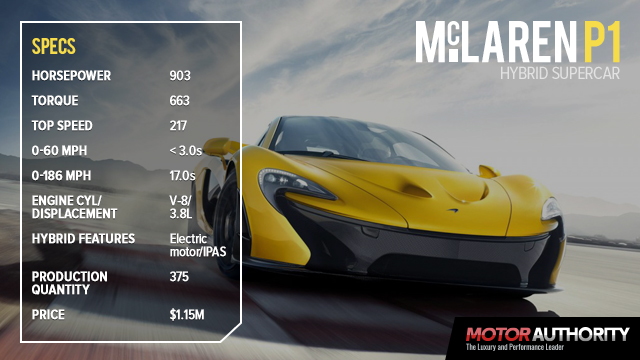 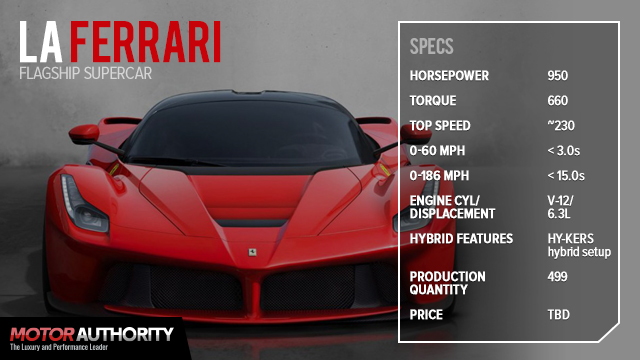 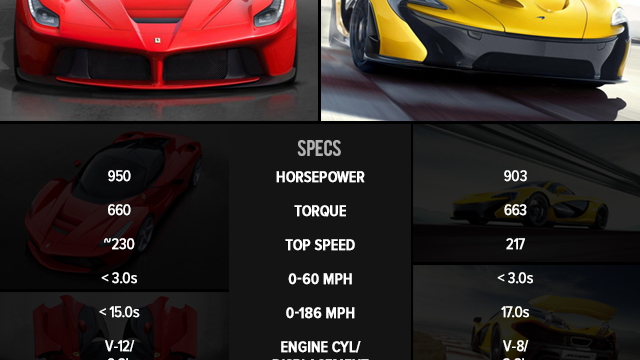 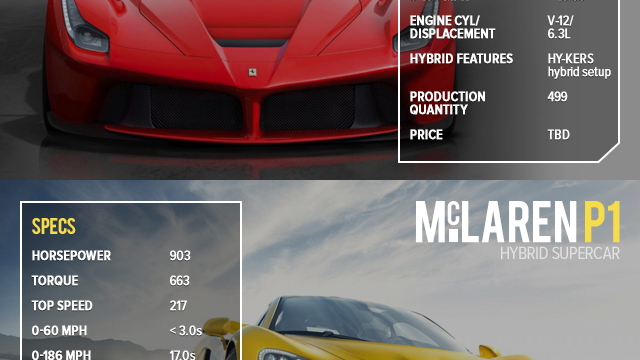 5
photos
The battle of the hybrid supercars is on, and this is the first engagement: McLaren's P1 versus the Ferrari LaFerrari.

As the figures show, the two cars are closely matched, though the LaFerrari wins on outright power, with 47 more horses on tap.

McLaren goes about generating its power in a different manner, however, and may prove to be the more efficient of the two.

But which will prove to have the best handling dynamics? Which will be faster on a track--especially the Nordschleife? Which will be easier to drive around town?

These questions all remain to be answered, but based on this first round of competition, which would you choose?