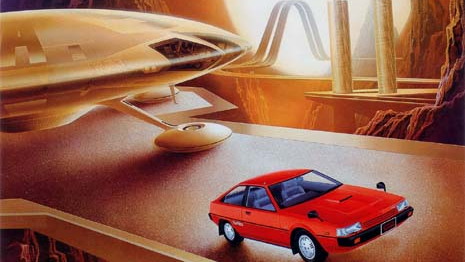 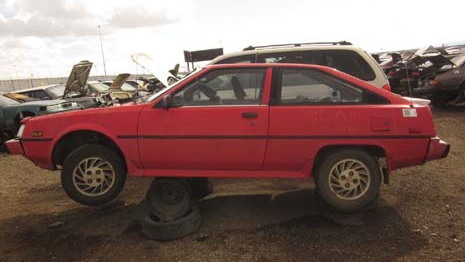 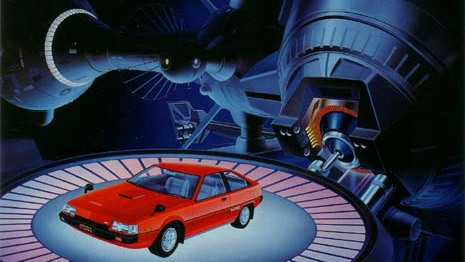 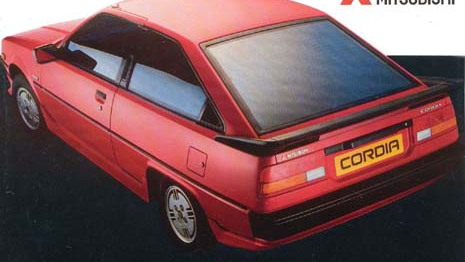 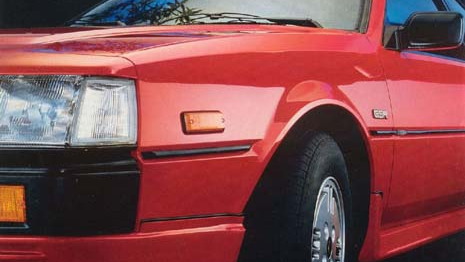 5
photos
With Mitsubishi's combination of dodgy reliability and puzzling styling, you know the Three Diamonds' back catalog should be good for some seriously guilty automotive pleasures.

I admitted to searching for a nice first-gen Diamante a few months back, but the Diamante might be a bit too, you know, normal.

If I'm going Mitsubishi shopping, I'll get a Debonair first... and then I'm going to start scanning Crazedlist for a clean Cordia Turbo.

Do your Buick Grand Nationals and BMW E30 M3s and all those other non-guilty 80s classics have factory-commissioned artwork by Shusei Nagaoka (thanks to Japanese Nostalgic Car for finding these gems)? No, they don't. That's because those cars aren't Cordias!

I haven't seen a Cordia, or even its sedan sibling, the Tredia, on the street for at least a decade. When these cars developed an expensive problem--which they did with clockwork regularity--they tended to bypass the repair shop and go straight to The Crusher. I found this '87 in a Denver self-service yard a few months back, and that's about it for my Cordia sightings this century.

You could get a Cordia Turbo with 135 horsepower for the 1985-88 model years in the United States, and that was quite respectable for the time. The '87 Cordia Turbo hatchback listed for $11,329, which was about $1,400 cheaper than the '87 Dodge Daytona Shelby Z. Sure, the Shelby Z's engine made 174 horses, but the Dodge weighed nearly 400 pounds more than the 2,400-pound Cordia.

The main reason I want a Cordia is, of course, the head-spinningly of-its-time super-Japanese styling. The 80s, remember, were Japan's glory years, and the Cordia Turbo showed all the optimism of a nation that everyone assumed would one day rule the world. Sadly, Japan (and most of the Cordias) went on to throw a rod, but there's no reason to dwell on that.