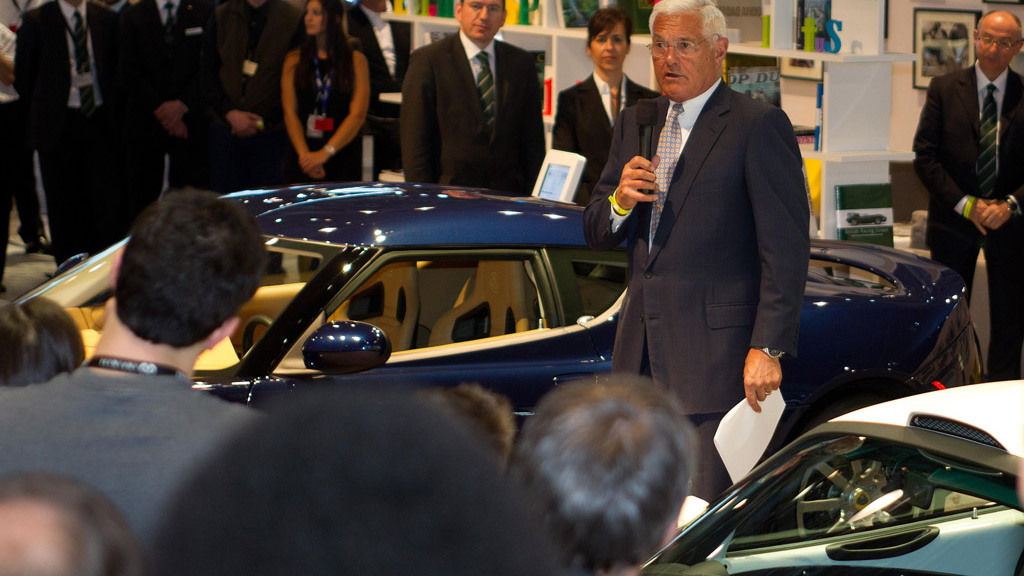 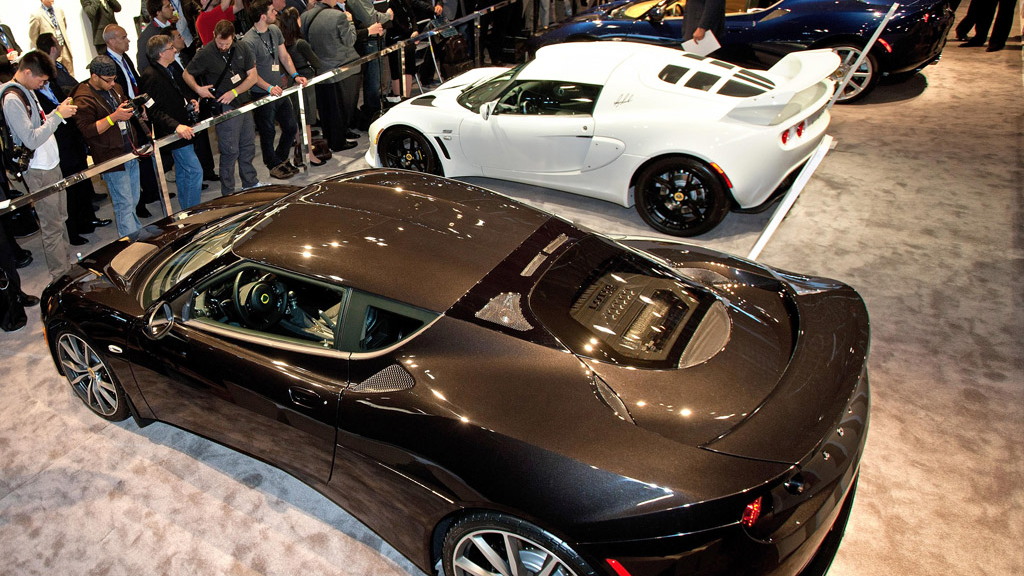 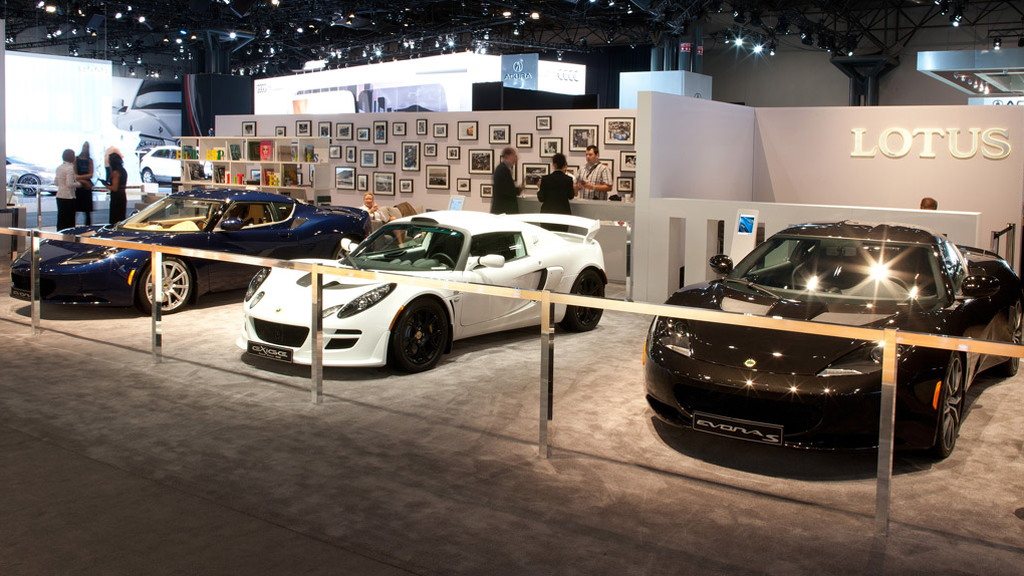 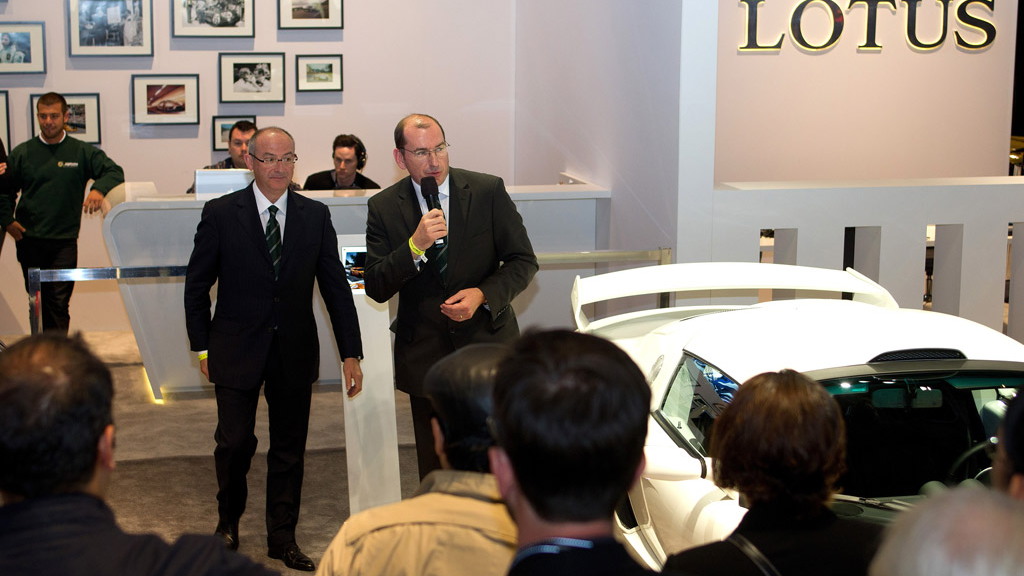 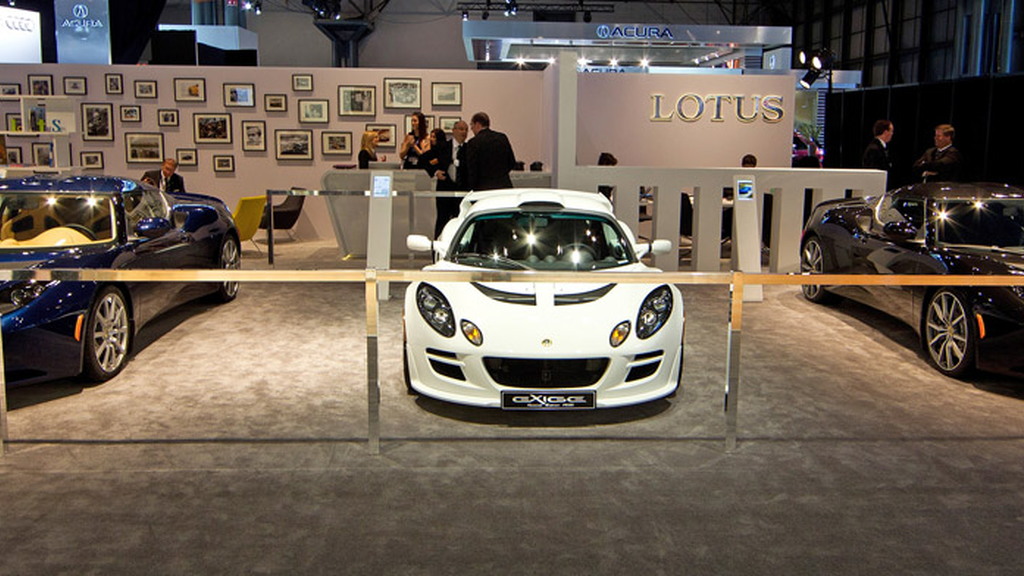 Lotus brought out former GM exec Bob Lutz for this week’s 2011 New York Auto Show, where the sports car company from Hethel in the UK also announced the launch of the new Evora S (Supercharged) and Evora IPS (Intelligent Precision Shift) for the U.S. market.

Lutz, you may recall is on the advisory board for Lotus, and he’s also a well recognized figure in the auto industry, so not surprisingly he was a key speaker during Lotus’ presentation in New York.

But it’s the cars we’re most interested in, and in this area Lotus also had the special edition RGB Exige on its stands as well as the Esprit concept car.

Starting with the Evora S, this is essentially a supercharged version of the Evora sports coupe delivering up to 345 horsepower and 295 pound-feet of torque. It can accelerate from 0-60 mph in just 4.6 seconds and reach a top speed of 172 mph.

The Evora S also comes with a sport pack as standard featuring a ‘sport’ button which allows the driver to control throttle response and activate the exhaust by-pass valve. The sport button also raises the instantaneous rev limit and changes the dynamic stability control settings.

The IPS version of the Evora allows the driver to switch between manual paddle shift and automatic drive modes. The driver also has the option of selecting ‘sport’ mode which enables complete control of the car’s automatic transmission.

The limited edition RGB Exige, meanwhile, was named in honor of one of Lotus’ most prominent old boys, former engineer Roger George Becker. In celebration of his 44 years of service, which included doubling for Roger Moore’s James Bond in The Spy Who Loved Me, Lotus created a special edition of the Exige and Elise which both benefit from some Becker-inspired modifications.

The Exige RGB is available in four colors, Aspen White, Starlight Black, Solar Yellow & Carbon Grey and each one is identified by a numbered interior plaque, Roger Becker’s signature on the side of the bodywork and special monochrome Lotus nose badge.

Finally, the Esprit concept car, first revealed at the 2010 Paris Auto Show, previews a new supercar model in the works at Lotus and set for debut in 2013. It will come with a forced induction 5.0-liter V-8 with around 620 horsepower on tap.

For our full coverage of the 2011 New York Auto Show, click here.