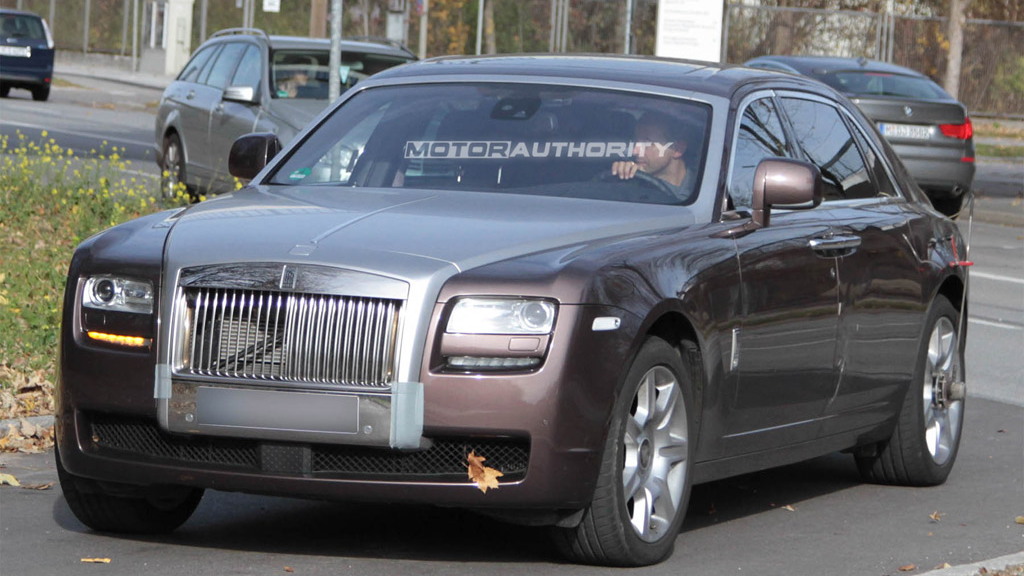 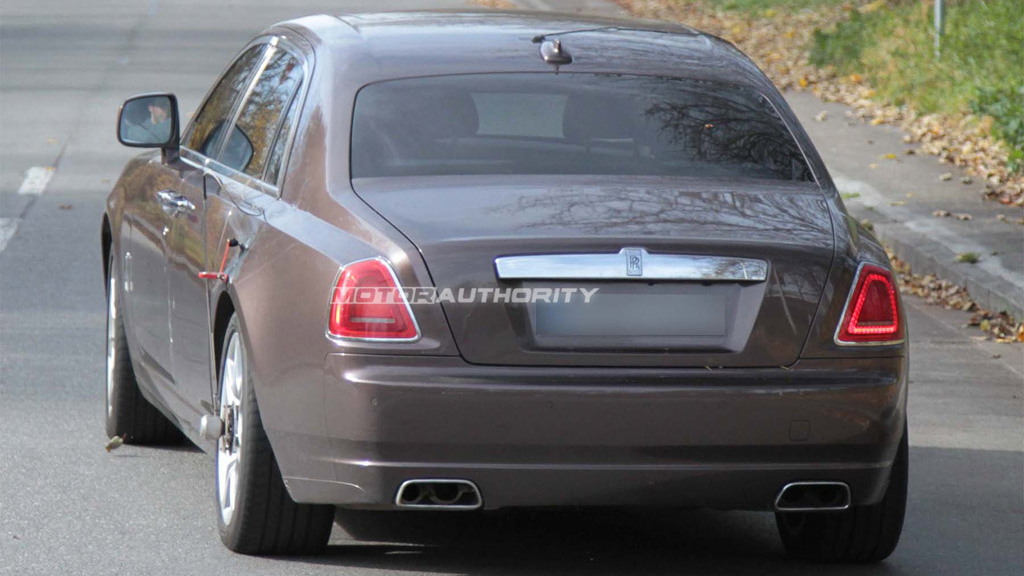 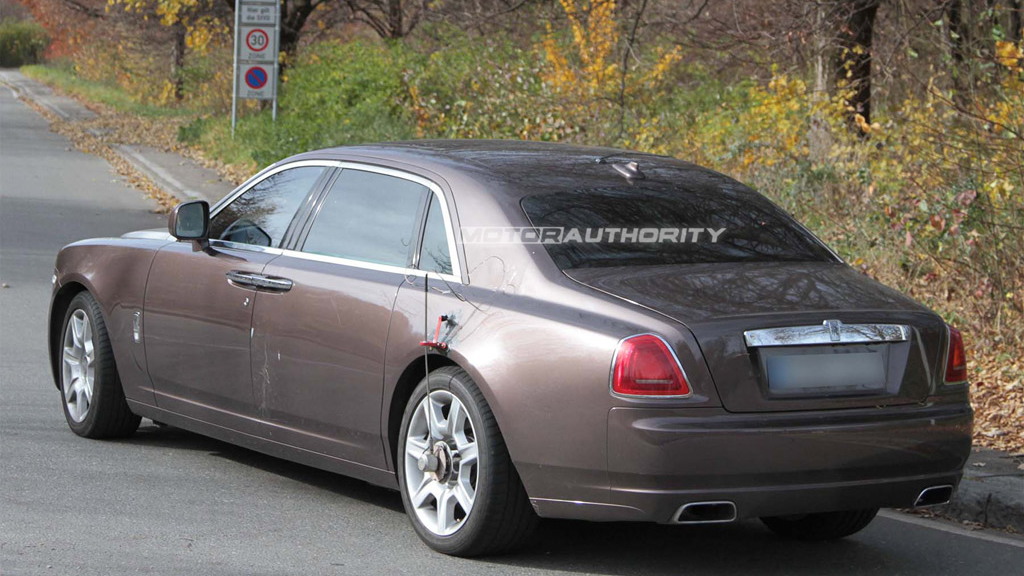 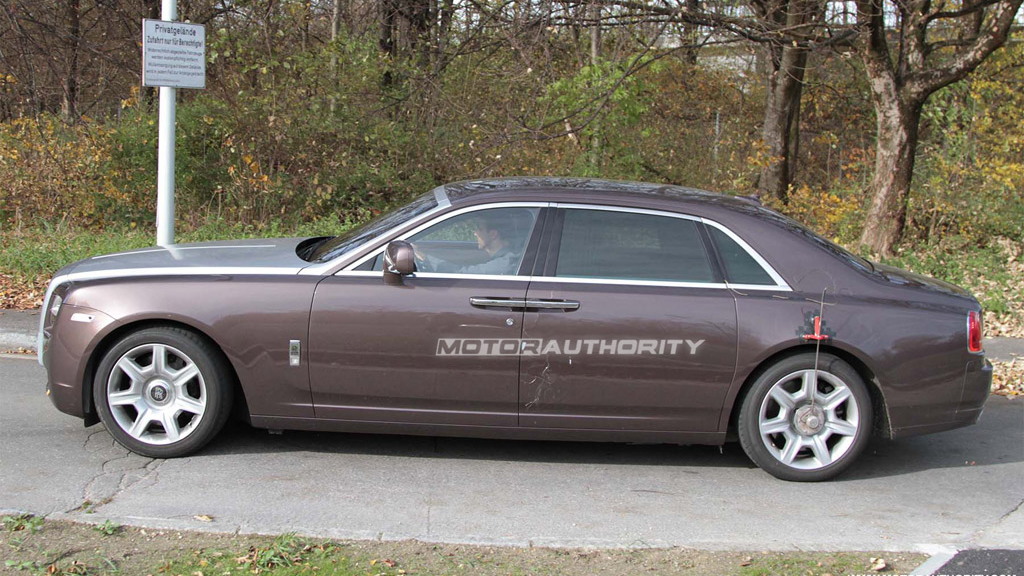 9
photos
When it comes to a Rolls-Royce, the seat of choice is not the one behind the steering wheel but rather the one behind that. Rolls-Royces are cars designed to be driven in, not driven so of course you would want the maximum amount of legroom for yourself and other passengers.

Not surprisingly then, even a car as big as the new Rolls-Royce Ghost, which already stretches 17.7 feet in length, is too ‘small’ for some. That’s why the engineers at Rolls-Royce are working on a new long wheelbase model that’s expected to go on sale around the middle of next year.

Revealed here in these latest spy shots, the latest addition clearly sports a stretched wheelbase as identified by the longer rear doors. Expect around five to six inches of extra legroom in the back.

The powertrain should remain unchanged, which means a 6.6-liter turbocharged V-12 engine matched to a ZF 8-speed and delivering 563 horsepower and 575 pound-feet of torque will be lurking under the hood.

In addition to the new long wheelbase model, both coupe and convertible versions of the Ghost are due to hit the streets in the next couple of years but their development is not guaranteed. Rolls-Royce will be unveiling concept versions of the cars first to gauge customer demand. Another model potentially in the pipeline is a gasoline-electric hybrid version.