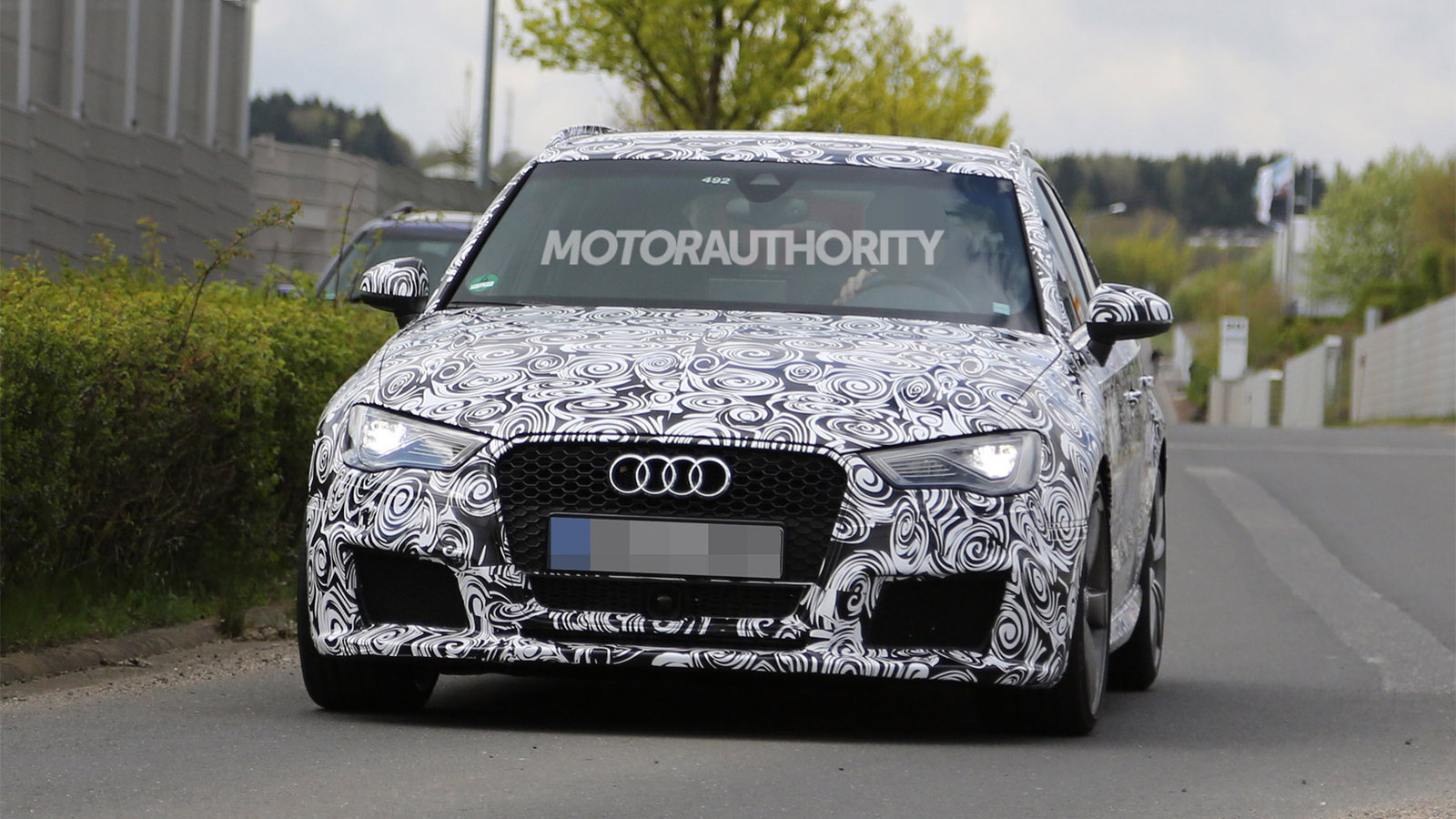 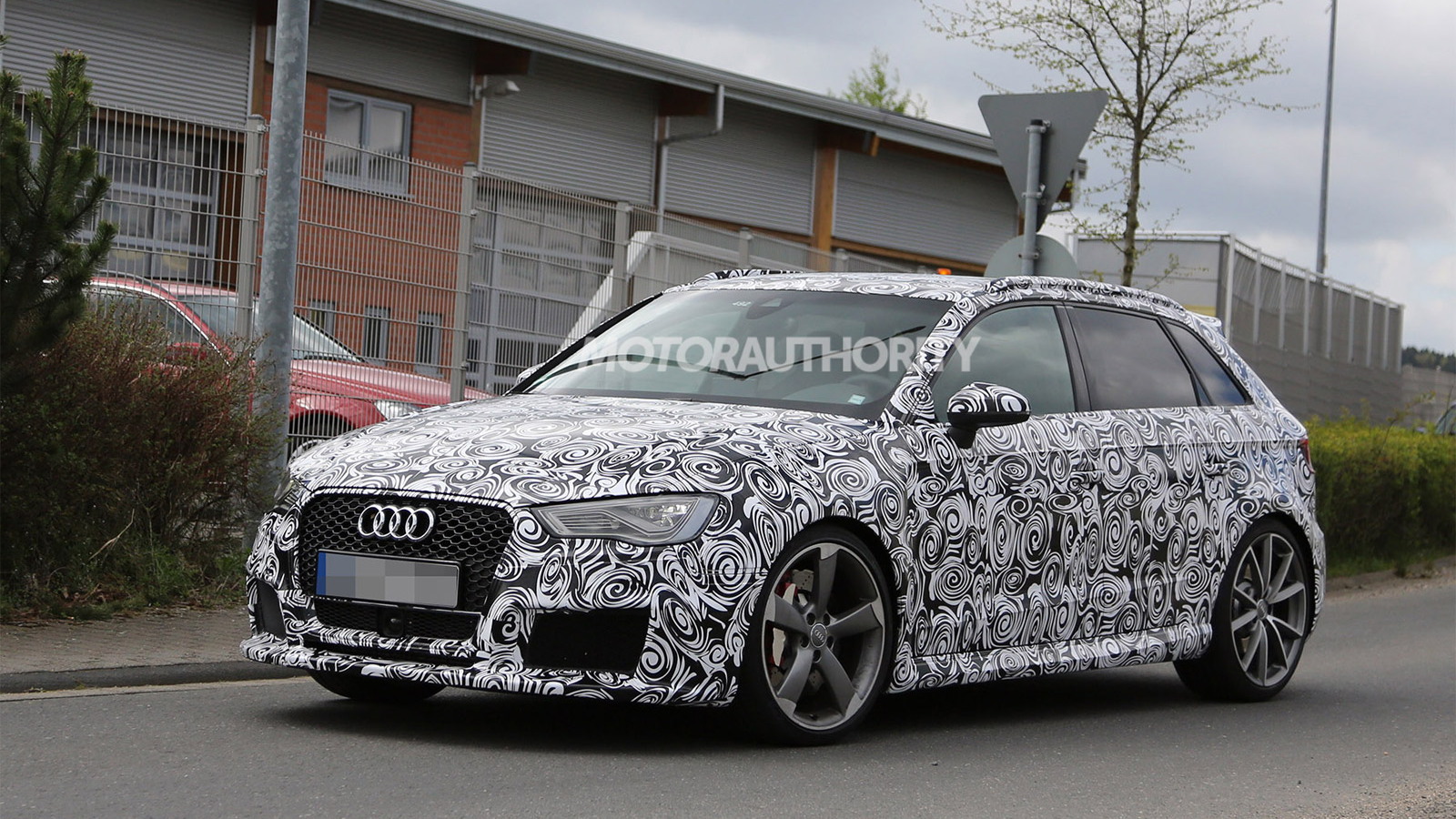 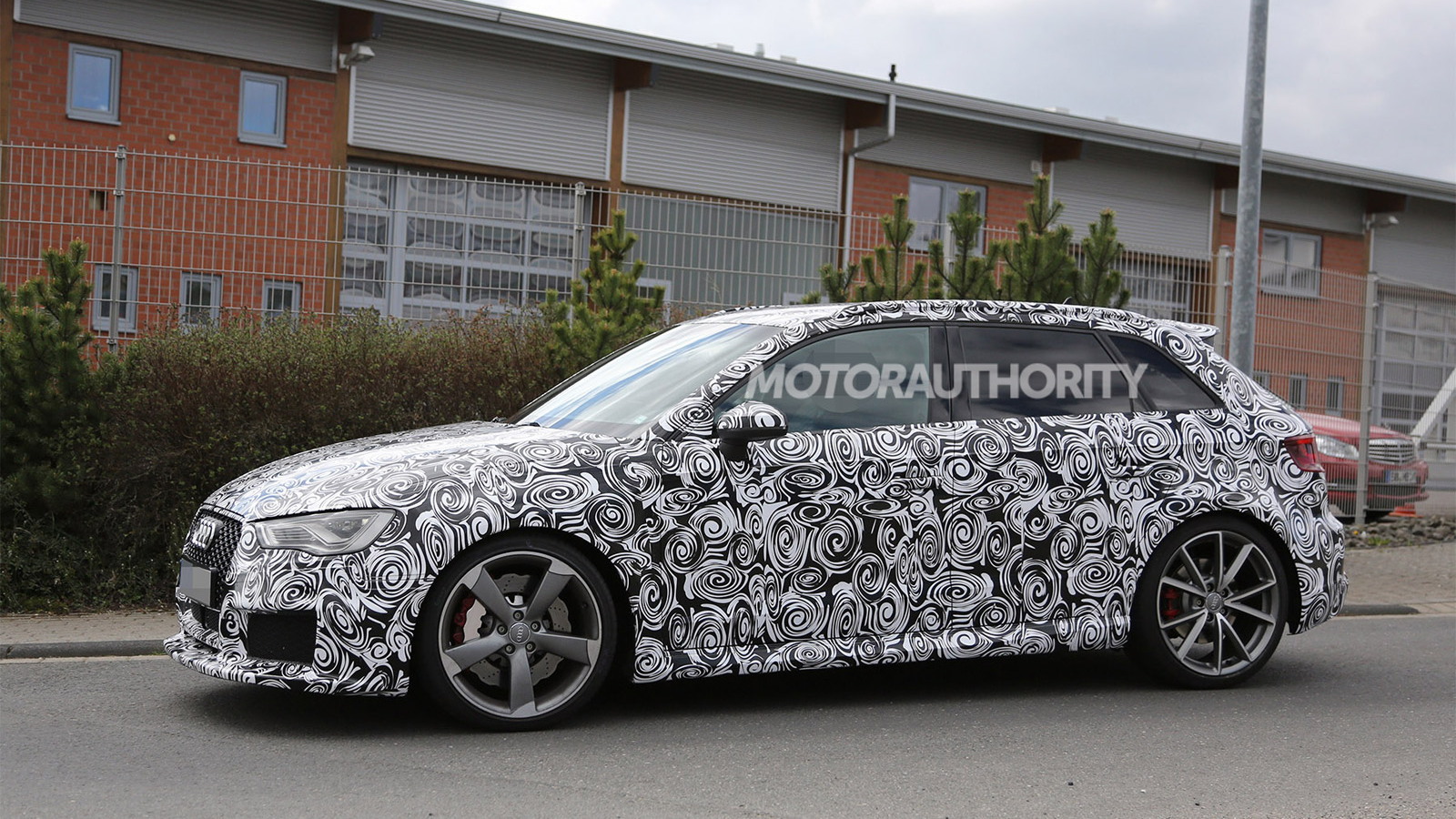 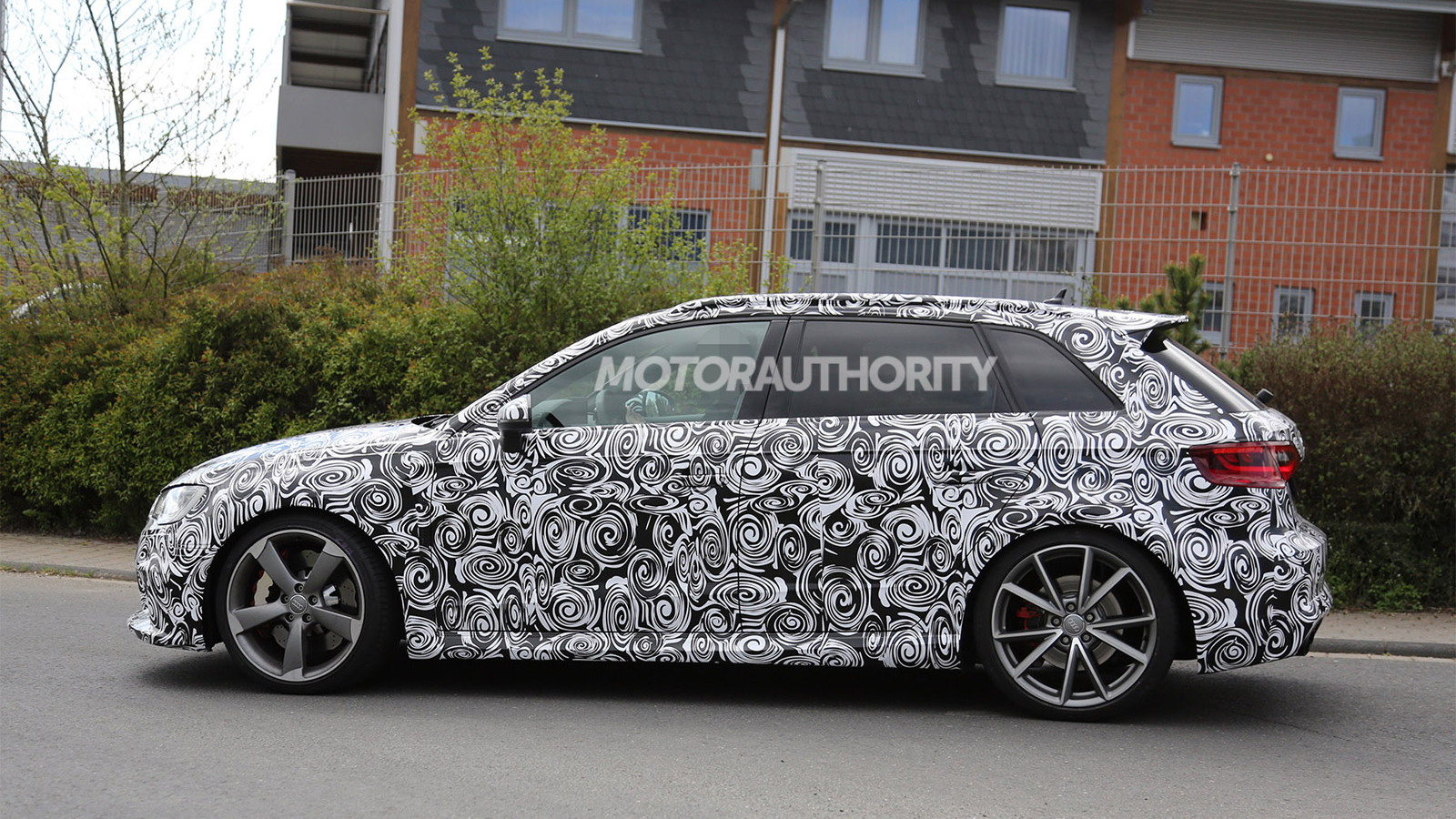 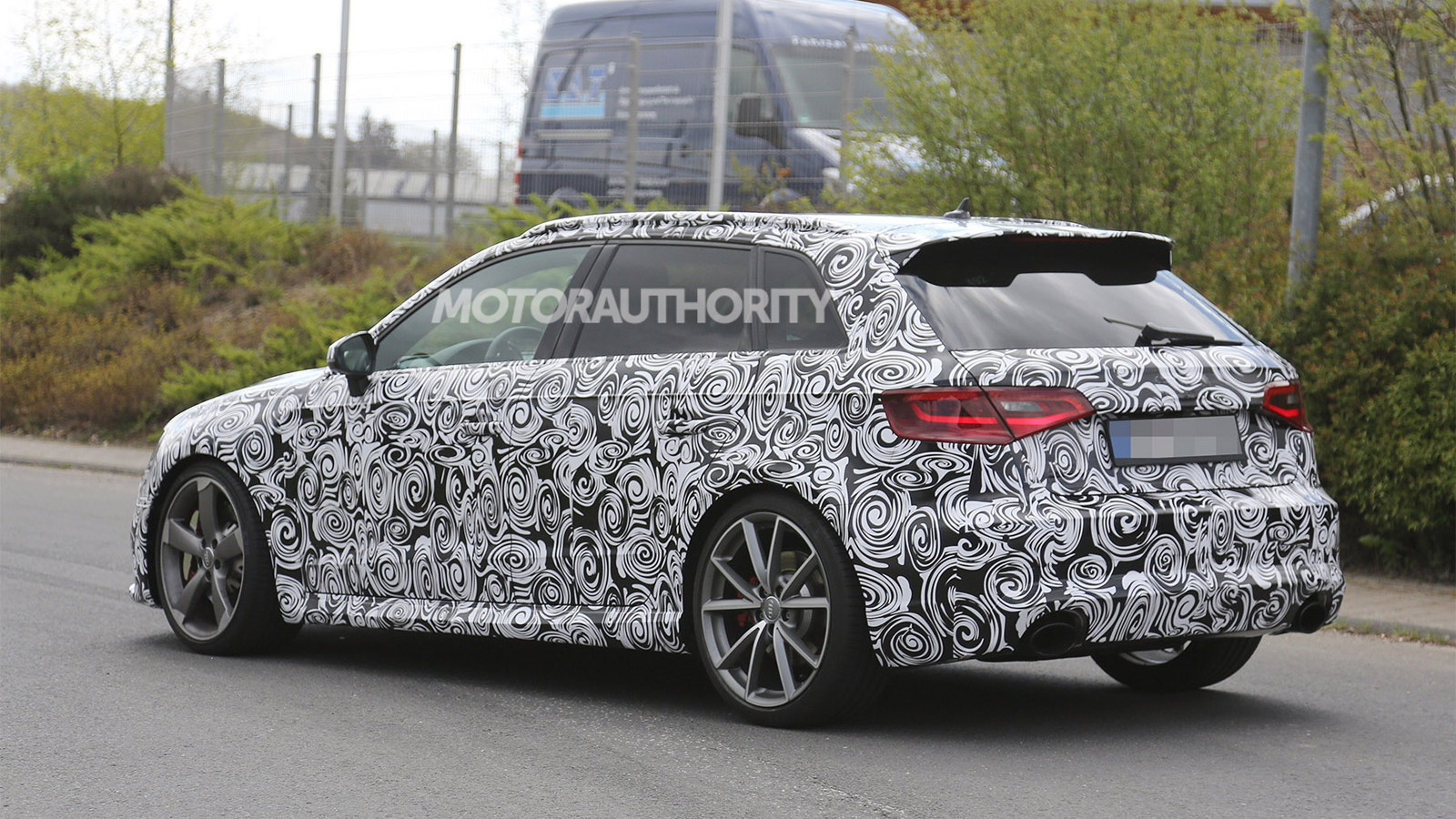 8
photos
The new RS version of the Audi A3 Sportback is in the final stages of development, with the latest testing being done at Germany’s Nürburgring. The vehicle is the 2015 RS 3 Sportback, and it is expected to be revealed later this year or in early 2015. While it’s scheduled to go on sale in Europe during the coming year, at present the RS 3 Sportback is yet to be confirmed for the U.S. market; instead, we may have to wait until a new RS 3 sedan is launched.

The previous-generation RS 3 never made it to these shores but we suspect the new one will in some way, shape or form because of Audi’s decision to launch more of its high-performance RS models in the U.S. market. Another reason is that Audi will need a rival to the likes of the Mercedes-Benz CLA45 AMG and upcoming BMW M2.

The basic elements of the RS 3 are a turbocharged 2.5-liter five-cylinder engine and quattro all-wheel drive. The engine is believed to be an enhanced version of the in-line five fitted to the previous RS 3 as well as the TT RS. In its most potent form the engine delivered 360 horsepower and 343 pound-feet, but the boss of Audi’s quattro performance division, Stephan Reil, recently revealed that it has more potential.

Thus, we should even more power extracted from the unit in this 2015 RS 3 Sportback. And combined with aerodynamic mods, suspension upgrades and enlarged brakes and tires, the RS 3 should provide quite the performance leap over the current A3 and even the sporty S3. The likely transmission will be a seven-speed S-tronic dual-clutch transmission.

We know the prototype is for an RS version of the A3 Sportback because of the aggressive front bumper, uprated wheels and brakes, lowered suspension, and signature RS oval exhaust tips. According to the photographer, the car is also slightly wider than the stock A3 Sportback.

If the vehicle isn’t shown at the 2014 Paris Auto Show this October, we’ll see it at the 2015 Geneva Motor Show next March.