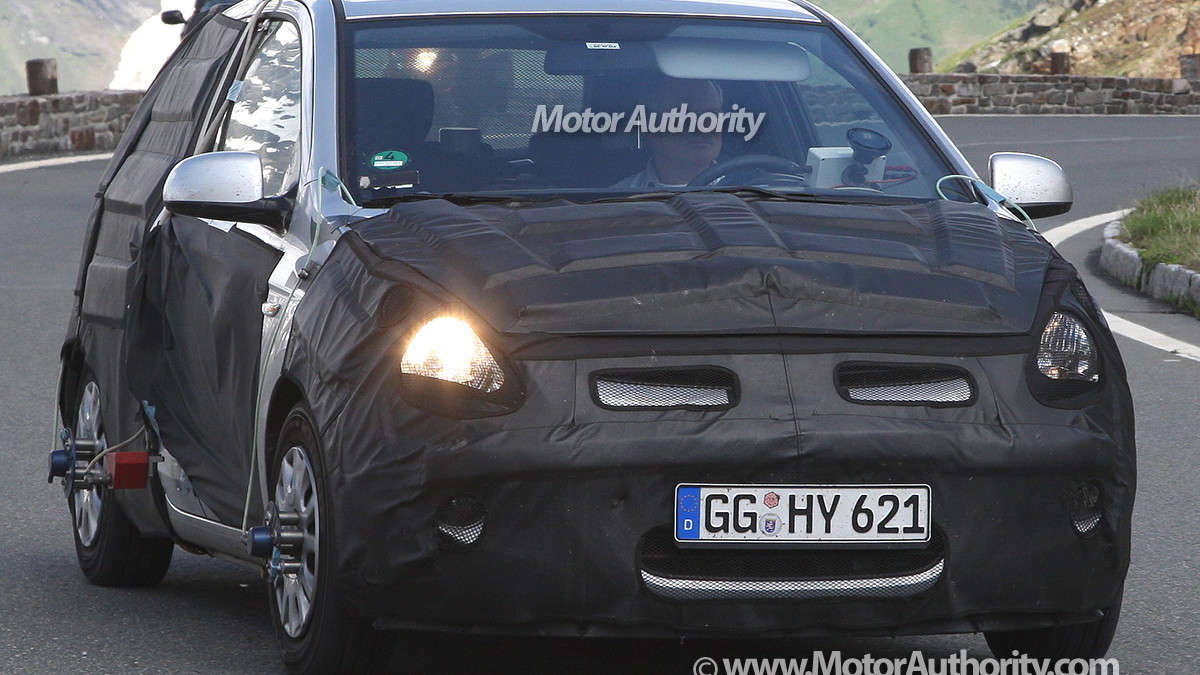 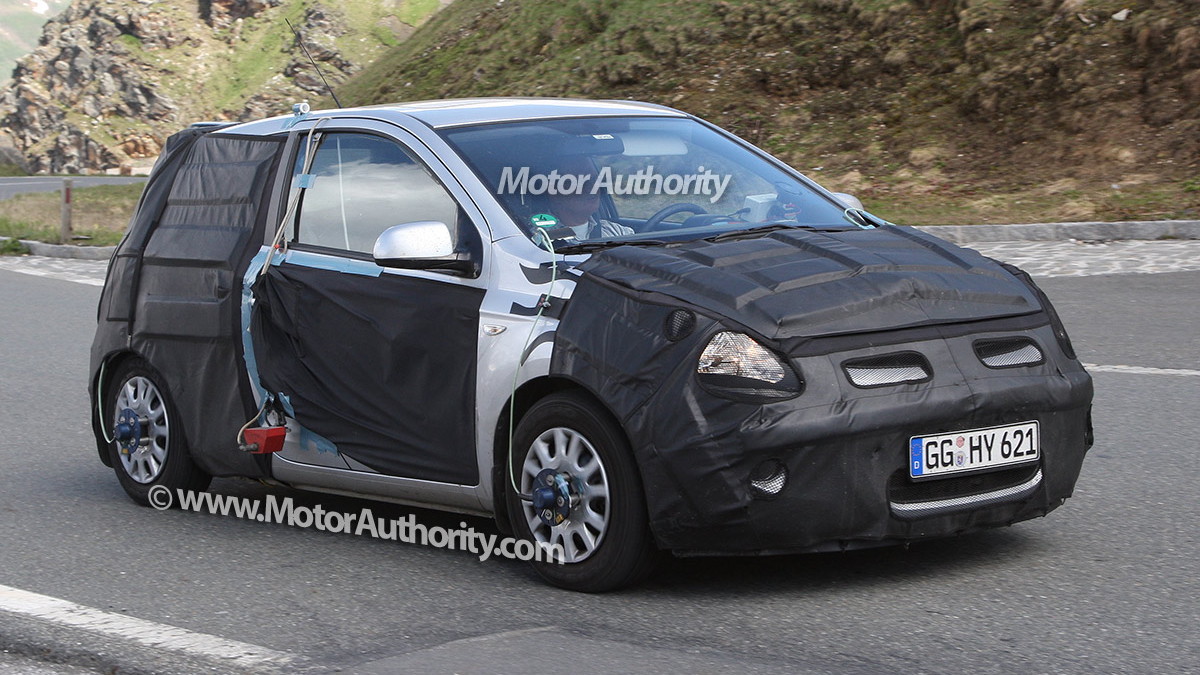 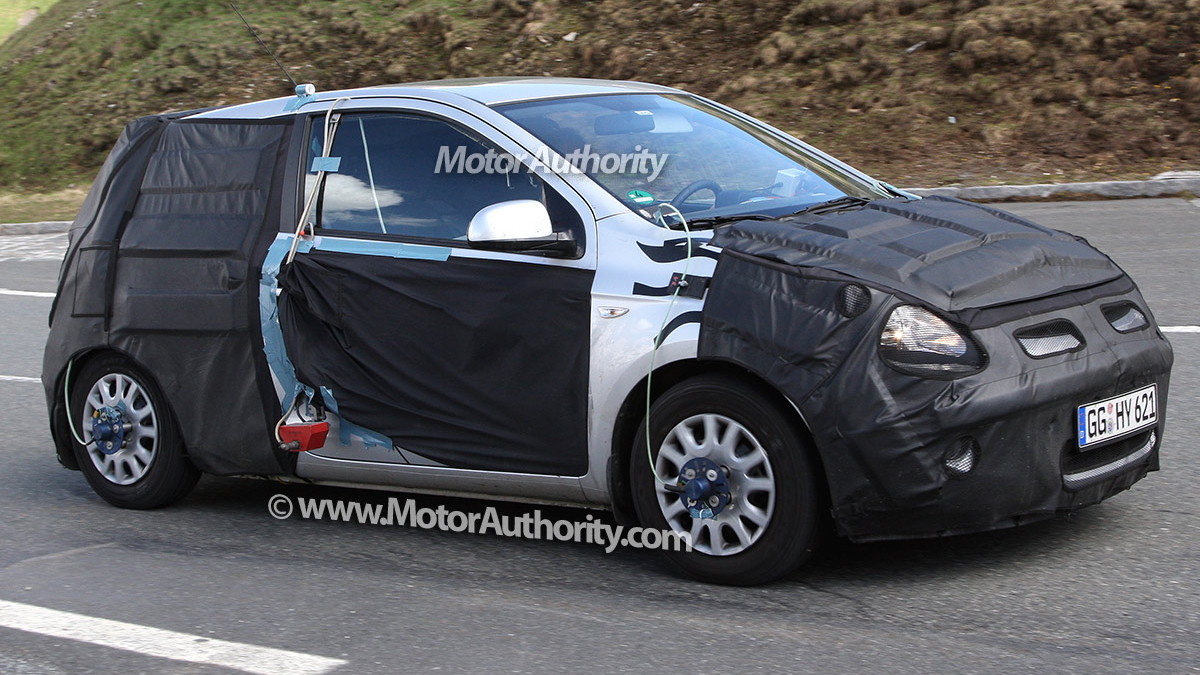 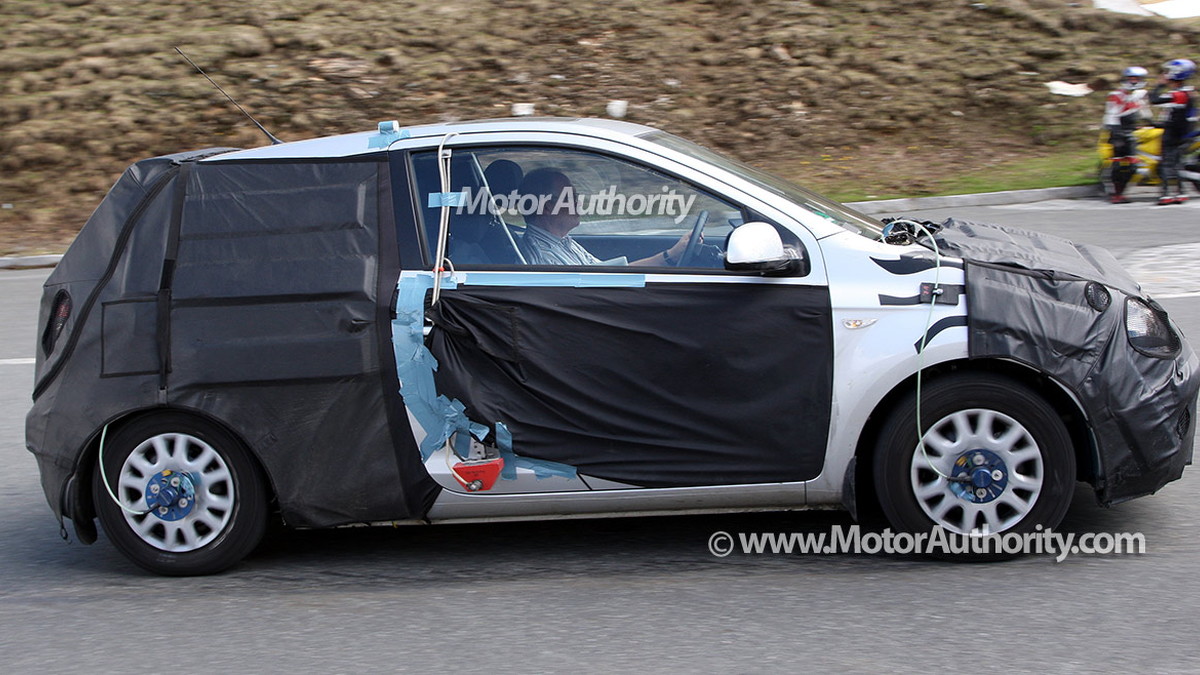 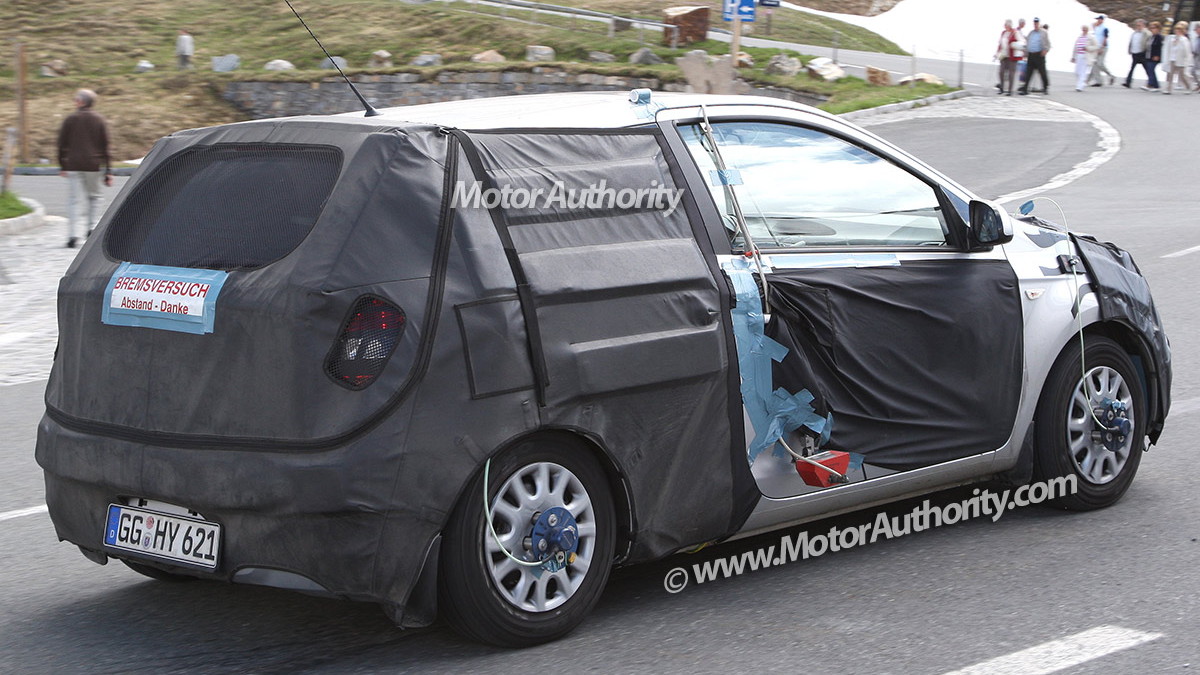 Hyundai’s replacement for the Getz hatchback, the upcoming i20, has been spotted testing ahead of its market launch expected to fall early next year. The new hatch will be available initially as a five-door and will be joined by the sportier three-door variant, seen here, roughly six months after the initial debut.

Styling of the new model will be derived from the bigger i30, with a similar grille and headlight designed expected to be shared between both cars. The i20 will also likely be bigger than the current Getz, and interior material and trim quality should be greatly improved as well. This will give it a better footing against newcomers like the Honda Jazz and Ford Fiesta, both of which have improved quality levels significantly with the introduction of the latest generation models.

Expect to see the car appear in full production trim at the Paris Motor Show in October before going on sale in Europe early next year.