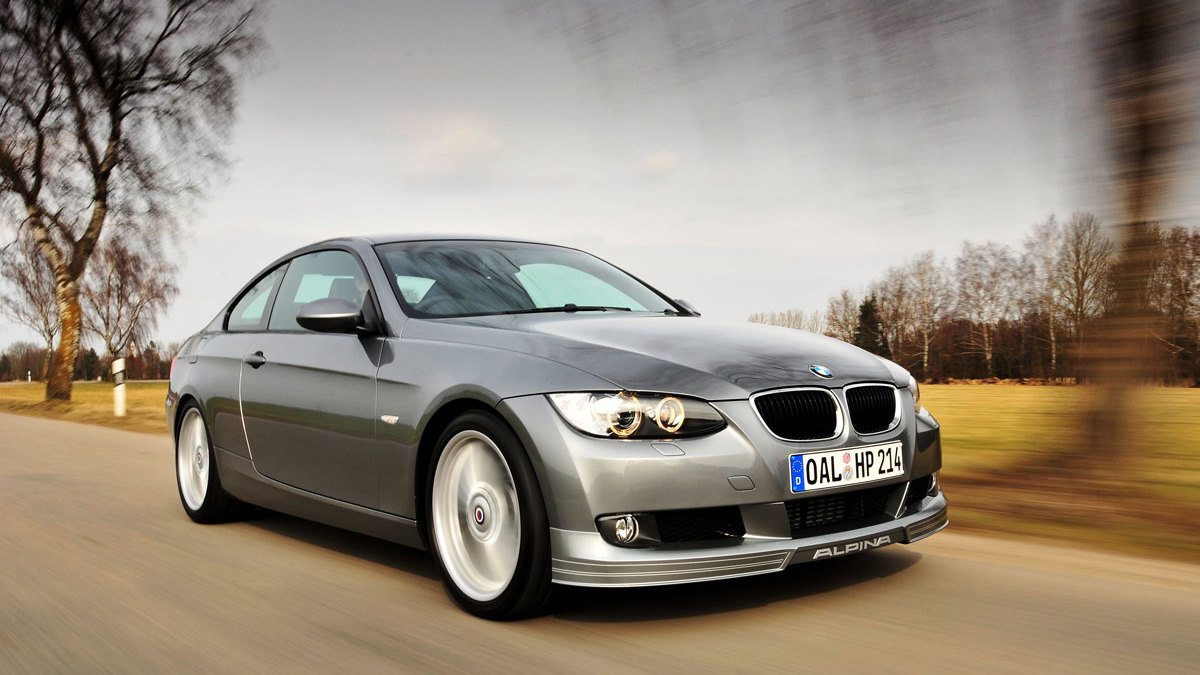 The German tuners at Alpina revealed their take on the BMW 3-series diesel, the D3 Bi-turbo, in March, but only in sedan and estate form. Now the company has taken the wraps off its coupe variant, and like the original, it too is powered by the twin-turbo diesel engine from BMW's own 123d.

For those thinking that BMW already makes a 3-series diesel, you're correct, it does, but Alpina has chosen to replace that car's unit with a smaller, highly tuned engine for a lighter, more sporting end result. The engine's power rating is up 10hp (7kW) from its stock rating of 204hp (150kW) to 214hp (157kW). That gives the D3 coupe enough zip to make the 0-100km/h (62mph) dash in 6.9 seconds, exactly the same as its sedan and estate cousins. Top speed is 152mph (243km/h).

Fuel efficiency is slightly improved in the coupe, scoring 43.8mpg (US) (5.36L/100km) with a manual transmission, just 1.4mpg (0.16L/100km) worse than the standard 123d itself, despite the increased power tuning and size of the 3-series chassis. CO2 emissions are also low at 143g/km for the manual and 148g/km for the automatic. The car is currently available in Europe and the UK, though it's a limited production unit, with just 100 destined for the UK this year.