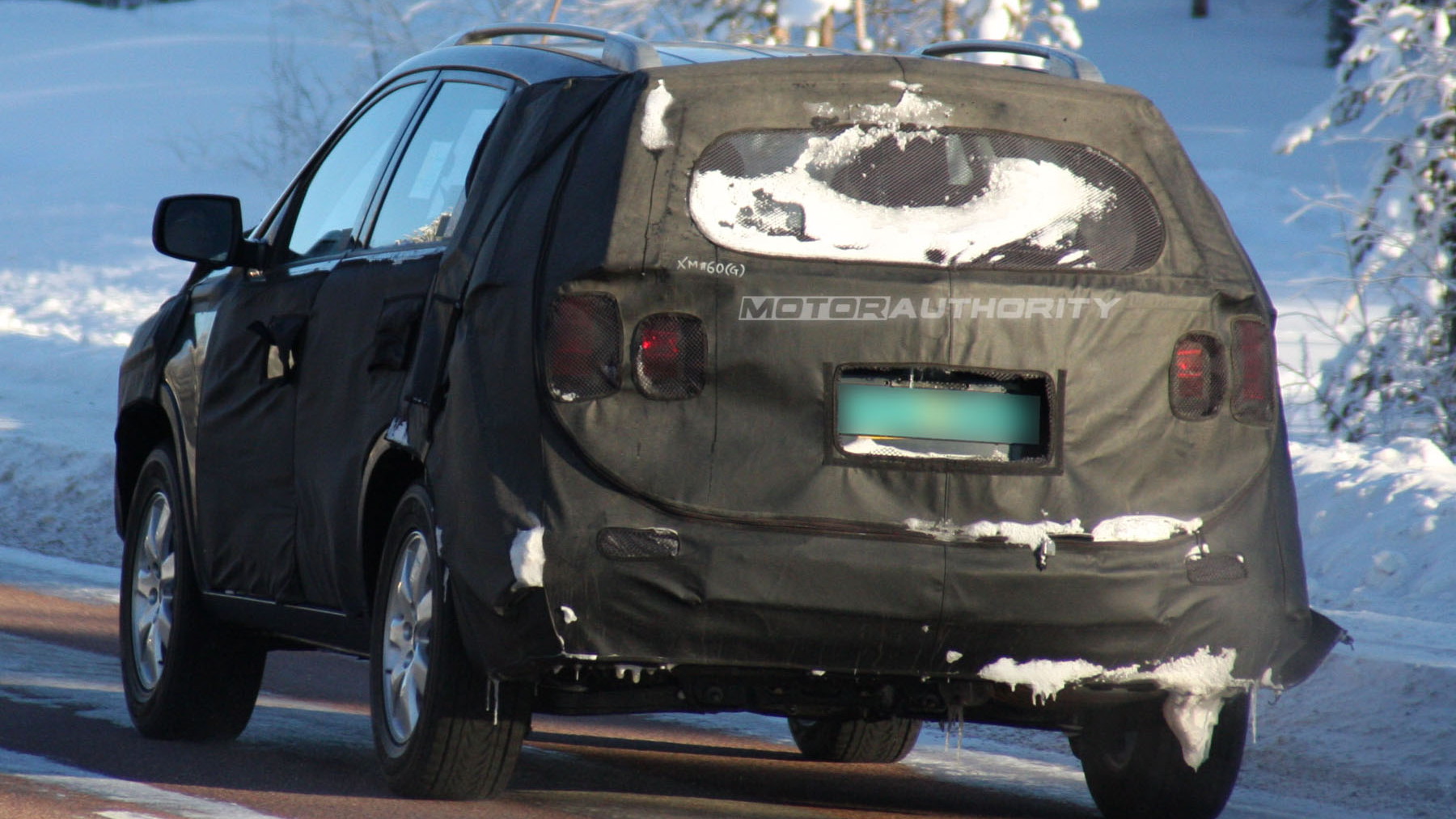 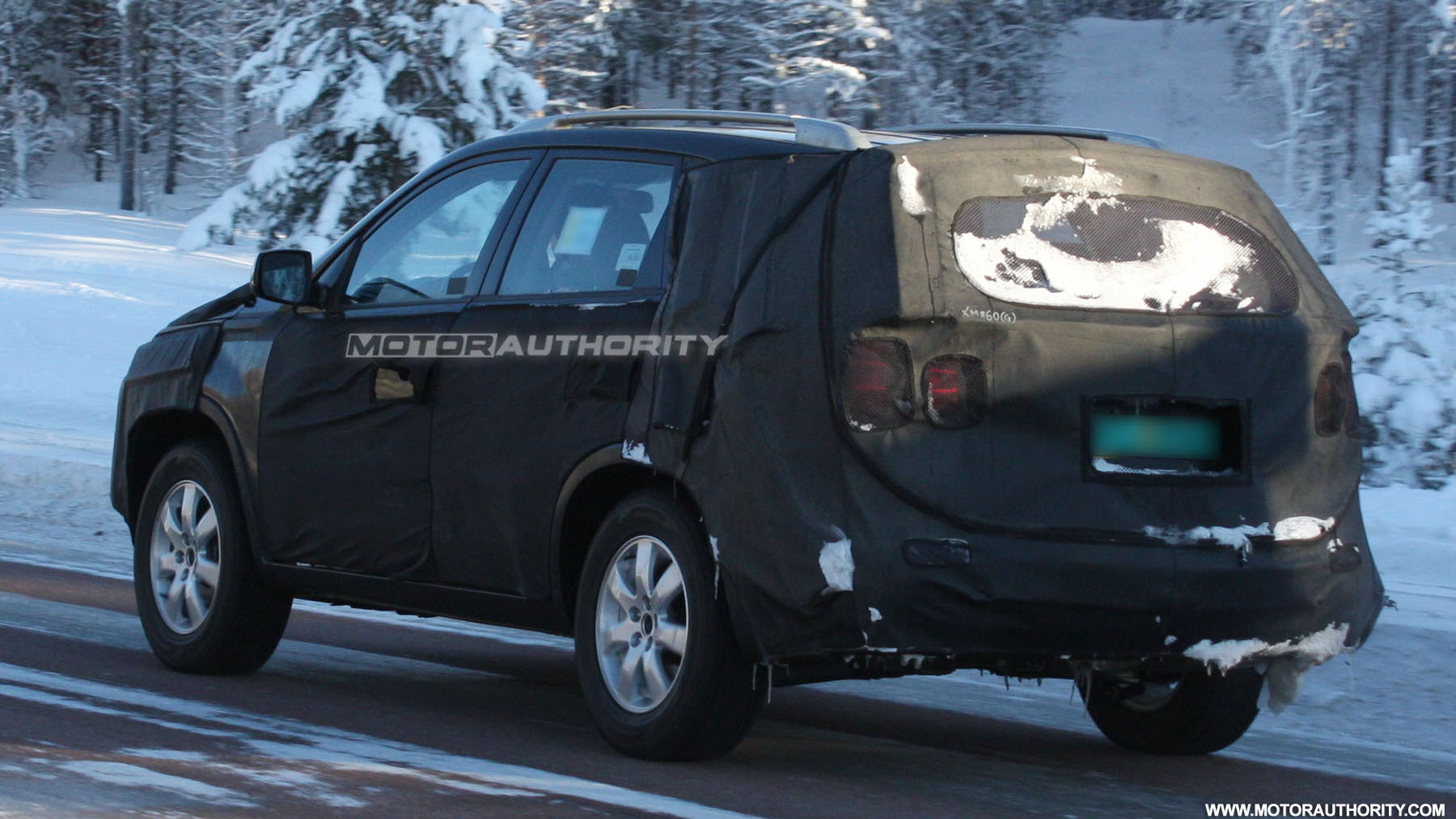 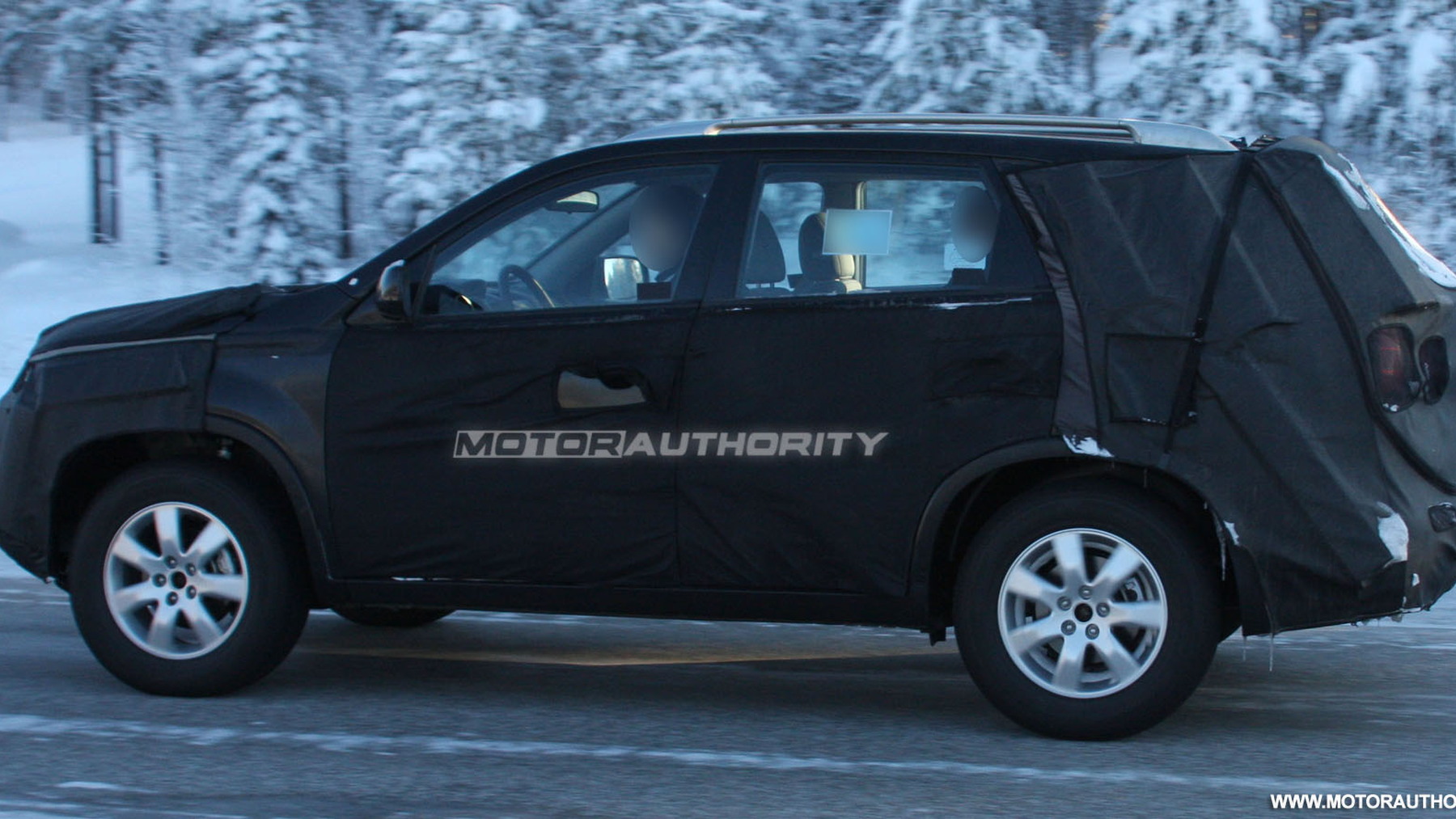 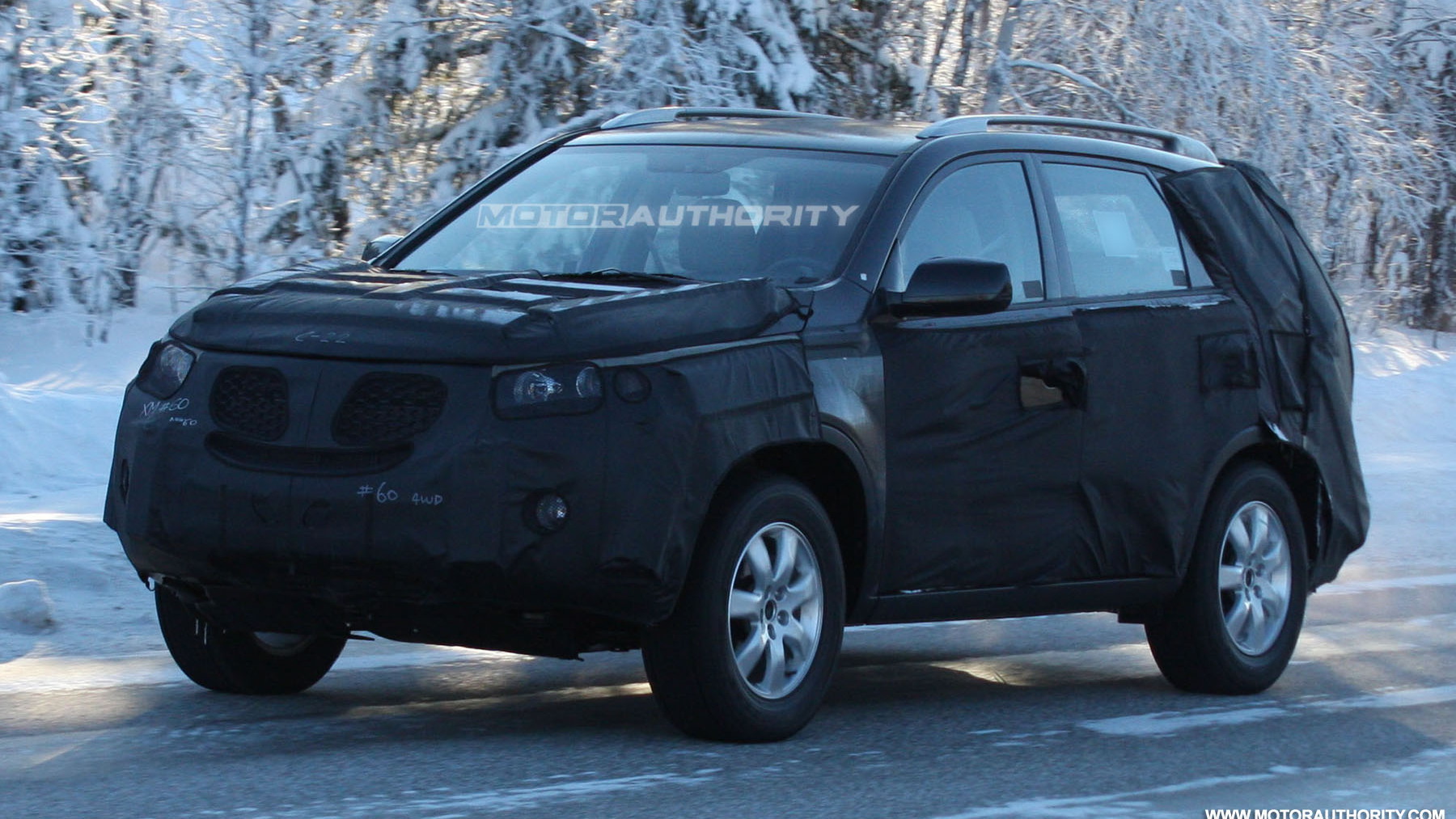 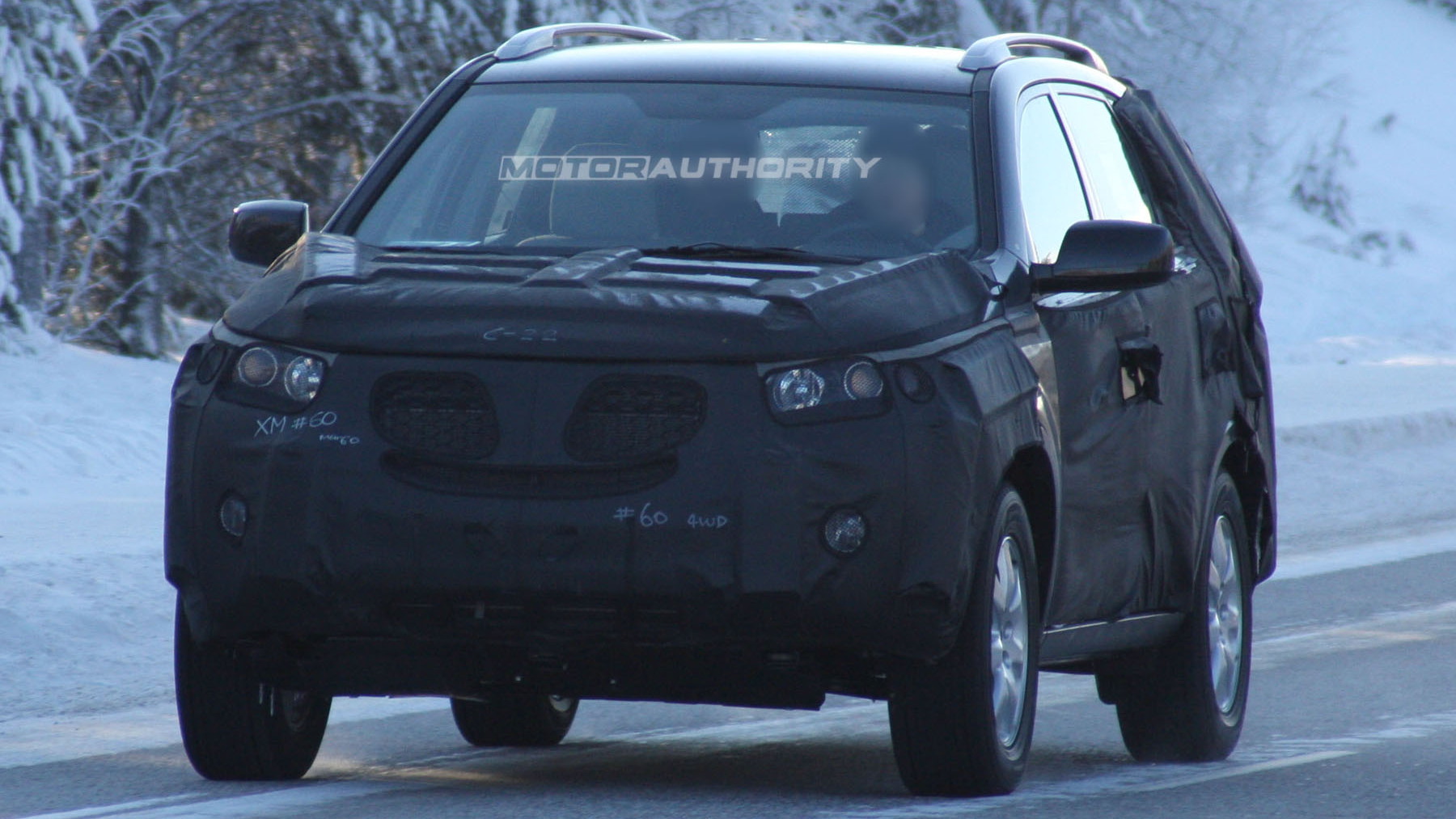 21
photos
Following the release of a teaser shot earlier today for the upcoming 2010 model year Sorento SUV come new spy shots of a prototype version undergoing cold weather testing in Northern Europe. The latest shots include an image of the new model’s interior but we won’t know for sure what it will look like until a scheduled world debut for the Seoul Auto Show in April.

As these latest spy images reveal, the new Sorento will retain the boxy look of the current model but gain a much sharper front-end. As seen in previous spy shots, a new grille with the carmaker’s latest H-pattern design will also feature.

While the exterior changes appear to be subtle, under its sheet-metal will be a new unibody architecture instead of the current model’s body-on-frame platform. Expect improved ride comfort and handling but lower towing capacity. The most likely engine options will be the new 2.4L Theta four-cylinder, 2.7L Mu V6 and the 3.3L and 3.8L Lambda V6 units. A 2.5L common-rail turbodiesel will also be available for European markets.

The 2010 Kia Sorento should reach U.S. showrooms by the end of the year.

Other new Kia models in the pipeline include the new Soul hatch and Forte sedan, Azera-based VG sedan, a new coupe based on the Forte, next-generation Sportage compact SUV and a new Picanto minicar.